I found this I think it should win the compo 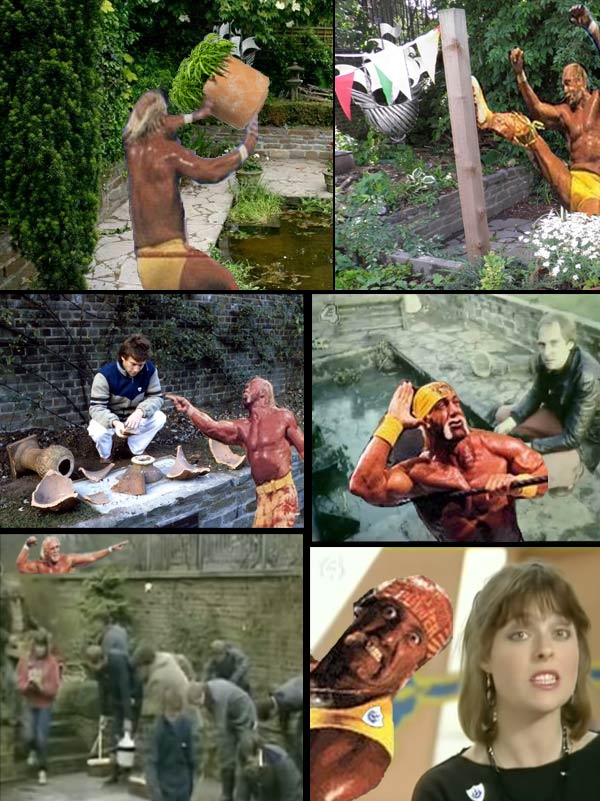 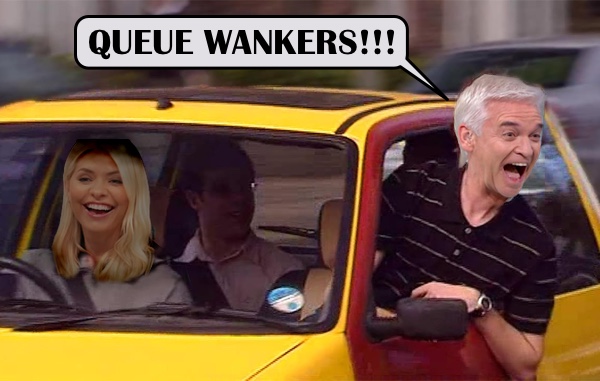 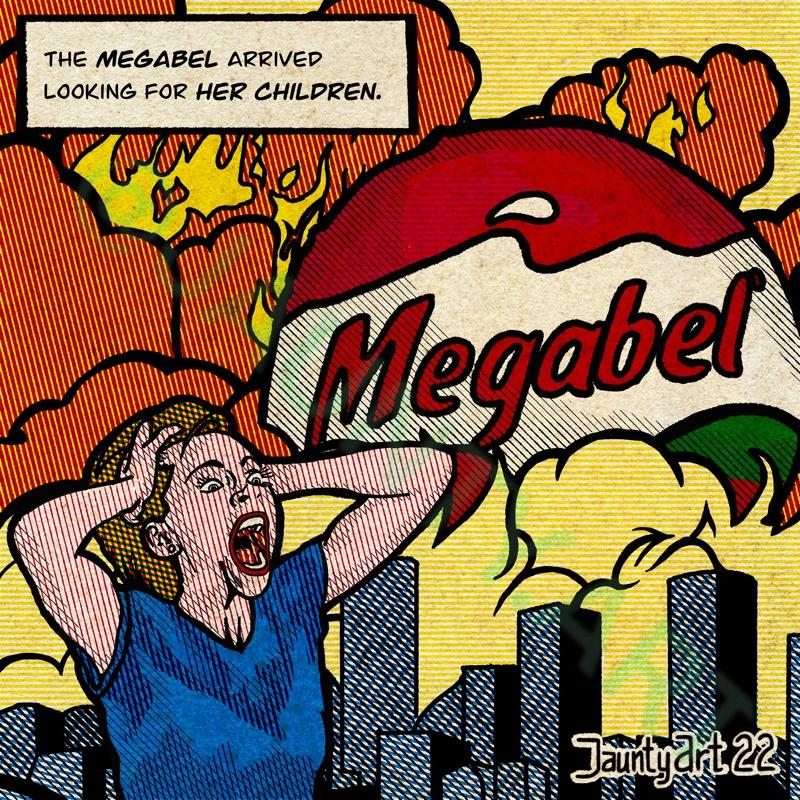 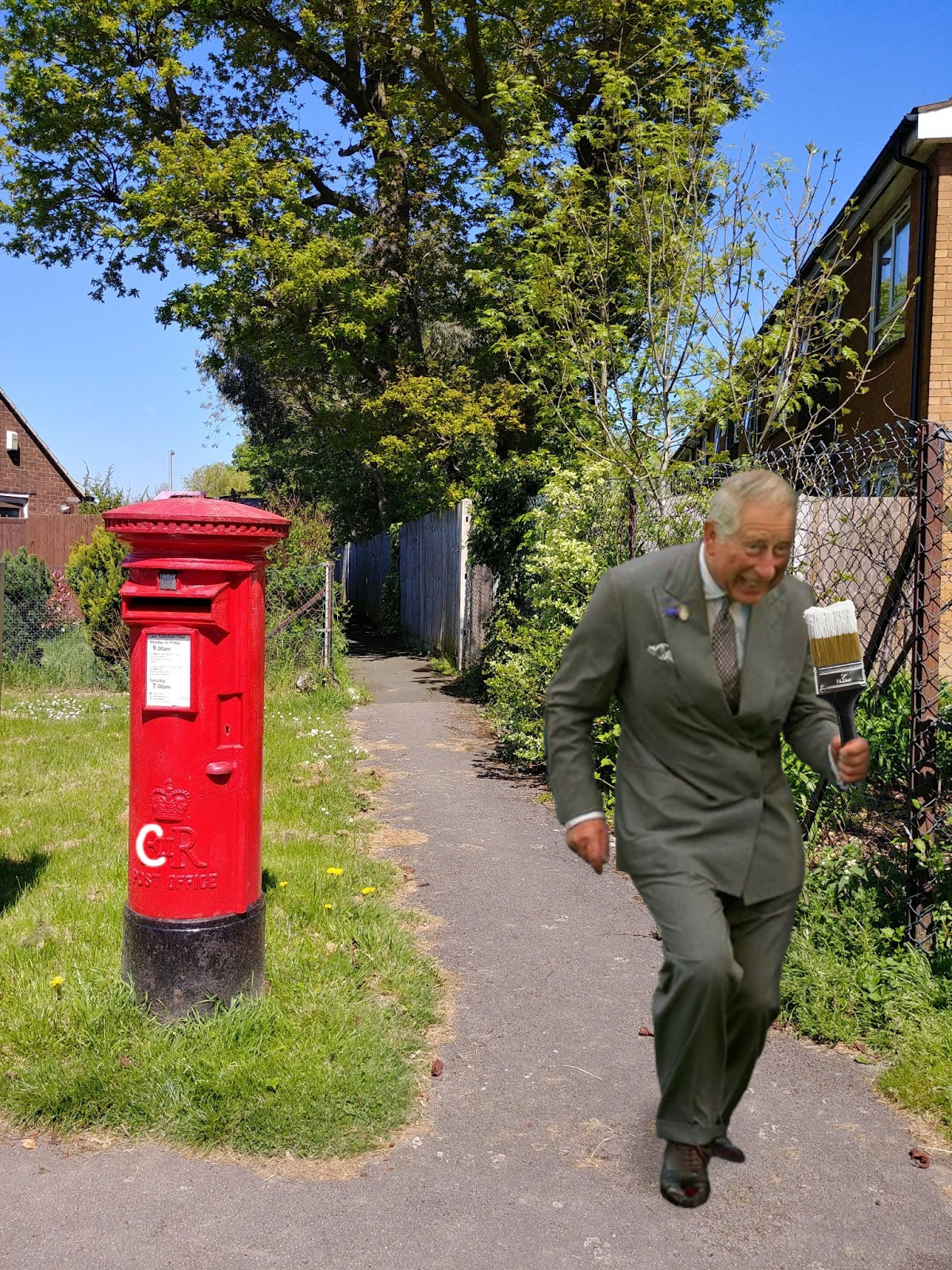 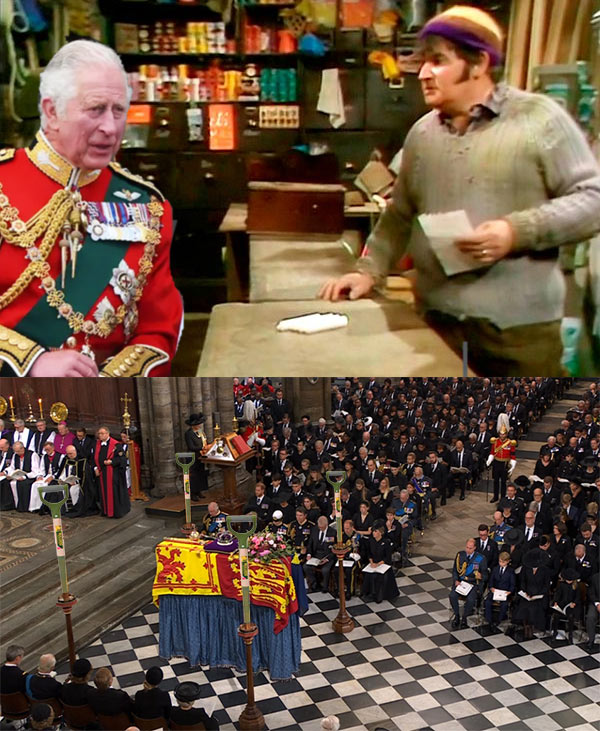 Celebs Behaving Badly
Phil and Holly have committed the worst crime ever by queue jumping (allegedly), what worse things could celebs be up to? Show us, within reason obviously.
See all 39 images (open)

set by HappyToast on 23rd Sep at 11pm

B3ta newsletter 833, out now
"This newsletter is also trickle down, in that it is mostly piss"
This Week:
* BOT - P*rnhub comments on cartoons
* SHEEP - The legendary animation is back
* QUEUE GAME - making boring into an artform
Read newsletter 833

B3TA NEWSLETTER 832 - OUT NOW
"The Queen never got to click these links :("
This Week:
* CHILDHOOD AMBITIONS - did they come true?
* CHALLENGE - How are the King Charles pics going?
* SEX TIPS - well not really, but yeah
Read newsletter 832

published by rob on 16th Sep at 9pm

B3ta newsletter 831, out now
"To be viewed with your chrome://flags flown at half mast"
This Week:
* VIDEO - Liz Truss being stupid
* CHALLENGE - Welcome our new King via Photoshop
* GO ON OPEN IT - For the best of Fesshole bit
Read newsletter 831

published by rob on 9th Sep at 7pm

King Charles
There's going to be a new King, you know what that means?.. merchandise! Get in there early with your commemorative Charles III plates and posters.
See all 86 images (open)

set by HappyToast on 9th Sep at 8am

published by rob on 2nd Sep at 6pm

set by HappyToast on 2nd Sep at 3pm

B3ta newsletter 829, out now
"Everyone who opens this email will have opened at least one email today"
This Week:
* INTERACTIVE - Monkeon makes a swear box
* ANNOUNCEMENT - Fess(tive) Hole Christmas event
* WEEBL - Victorious in battle with Quorn
Read newsletter 829

published by rob on 26th Aug at 8pm

70s Internet
Imagine what the 70s would have been like if they had the web. TikTok would be full of Bay City Rollers fans stomping and Amazon would have half day closing on a Thursday. Show us what else you think a 70s internet would be like.
See all 77 images (open)

set by HappyToast on 25th Aug at 10pm

published by rob on 20th Aug at 4pm

Kids TV Multiverse
Multiverses are all the rage, mixing characters and franchises or monkeying about with a shows history. Lets hit up Kids TV with the same money grabbing scam, put Postman Pat in Trumpton, imagine if Paddington hated Marmalade, or if the Teletubbies were different colours. It's kids TV in the multiverse of madness!
See all 131 images (closed)

set by HappyToast on 13th Aug at 5pm

Join the finest internet newsletter in the land. Cool web stuff to your inbox every Friday. No spam. No gristle.

Phil and Holly have committed the worst crime ever by queue jumping (allegedly), what worse things could celebs be up to? Show us, within reason obviously.

Challenge: write a joke. As simple joke with a setup and a punchline. RULES OF ENGAGEMENT - IGNORING THIS COULD RESULT IN BAN * Don't steal jokes - write them * Don't flood post * Just don't be a dick ok? So join in and write a bad joke and apologise for it. Read Latest | Highest Voted

Still stuck for gift ideas? Why not give a loved one a a special b3ta moment...

Newspapers report a monkey-like superhero quietly thwarting crime on the streets of Tunbridge Wells. But who is he? B3ta exposes a tale of media manipulation on a truly global scale. 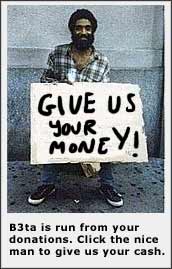