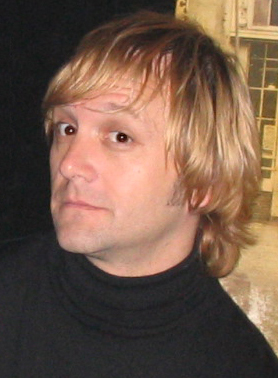 C'mon in and say hello.. How Americans see the world... OK,
When I was 19 I broke my leg rather badly in an accident with a motorbike and as a result I had to spend almost 6 months in hospital in traction.
It was a long hot summer and the nurse’s uniforms often caught the light in such a way that they became translucent and the sight of inner thigh and the occasional glimpse of stocking top often greeted my eye and drove my mind to thoughts of lust.

There was one rather fine blonde ward sister with whom I became besotted; she was very fit, firm, rounded and very, very sexy.
We got on well and she’d often talk to me and bring me an extra cup of tea or a nice biscuit, I fancied her like crazy and so one day I could contain myself no more.

To get the curtains pulled around my bed I buzzed said ward sister and asked for a bedpan she as usual obliged and we exchanged a few pleasantries. As she bent over the bed I had a clear view of her breasts and I was in the mood for tossing my caber more than I can explain, I’d not been on a solo flight for about 4 months, in fact I’d not been for an ‘evacuation’ for probably 5 or 6 and now was the time, I was going to go for it.

She drew the curtains, I relaxed and took myself in hand and began tugging away fervently like a madman… It didn’t take long till I felt myself reaching the point of final exit so I polished away with even more gusto when suddenly and without warning the nurse walked back in through the curtains with a cheery “Sorry, did I leave my stethoscope in here”.

She caught me in my full on cumface. I don’t know if it was the sight of her, the shock, or if it was just poor timing but as she stood there staring at me I exploded down below and covered myself from head to toe in my own sticky man goo.

She never brought the incident up again, but she also talked to me less and less and the teas and biscuits became fewer and farer between.

I was never more embarrassed.

3 years ago I lost a testicle to cancer
which was a bit of a downer but better than death, but now I have loads and loads of extra skin in my ball bag, the one remaining testicle now hangs so low I have to wear tighty whitey underpants because wearing boxers gives it too much freedom to swing round and under my arse so I'm constantly sitting on it which frankly hurts.

There's so much skin because proir to the removal of the dodgy nut it was twice the size it should have been and as heavy as a lead weight.

The day that Prince Charles married lady Diana
They had a large street party with various entertainers doing their bit and one of the climax acts was an escapologist.

His finale was to escape from a straight-jacket whilst hanging upside down from a burning rope 30 feet above The Guildhall Square Portsmouth.

Trevor Revell was his name, and he was the father of a girl I went to school with.

This being 1981 crowd control consisted of a length of rope being handed to the people at the front (which included me and my best friend) and the police telling everyone to stand behind the rope, which they did.

He was strapped into a straight-jacket then hoisted 30 ft in the air on a burning rope before a crowd of 3,000 people celebrating the wedding. But the trick failed and the rope burnt through too quickly and he plunged head-first onto a concrete paving slab.

I saw the puddle of blood and brain he left behind after they loaded his still twitching body onto a stretcher and into the ambulance which rushed him to QA hospital where he later died.

I thought at the time that this was the most horrific thing I’d ever seen until, as the crowd dispersed a group of rowdy skinheads who had been standing behind us pushed their way forwards and began jumping and dancing in the pool and blood and brain.

I had an interview at NIKE
in Holland, the train journey took me so long to get to the interview I didn;t really fancy the job so when the interviewer asked me "So, what do you know about NIKE ?" I answerd "Your shoes are made by 12 years old children in illegal sweatshoops in Asia"

Funny thing is the interview carried on and I got a full show around all the offices and complex - I didn't get the job though, they said I was 'over qualified'
(Thu 20th Jan 2005, 12:30, More)