With the entire nation going protest crazy, people need some decent placards to wave about. Your job is to provide the slogans, the kind of thing that might show up on the news and allow you to sit back and proudly think, "that was me, that was". Photoshop's down - so have some paint. Protest on your own fridge...

I only did this because I wanted to repost these.. 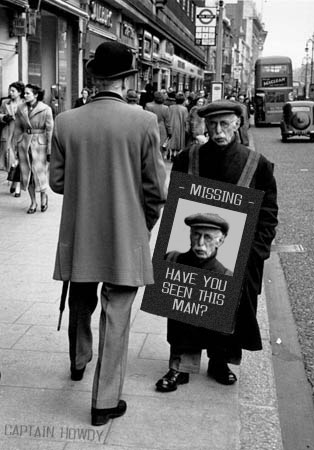 .. but didn't want to start them in a new thread, or eat up somebody else's post.
( The Mole doth protest too much, methinks.

I'm not sorry at all.

half of them can't read the power of the white tshirt... My radical youth exposed...
WHAT DO WE WANT...?