We asked you to vote for your favourite stuff on the web last year. You did in your droves. Here are the best things on the internet as voted for by you, YOU, the b3ta readers ...

1. Weebl & Bob (Jonti Picking)
Jonti's pie-based animations stormed the net in 2002 and got him a daily spot on MTV. There's even talk on him coming front of camera for a new comedy show.

2. B3ta (Rob Manuel, Denise Wilton, Cal Henderson and everyone else)
Yay. We're the second best website in the whole world. Thanks. You cunts.

3. Rathergood (Joel Veitch)
Joel's kitten animations have been this year's All Your Base Are Belong To Us. This lead to animation work for Channel 4 and a rumoured children's comedy show.

RUNNERS UP:
Home Star Runner - best known as the home of the Strong Bad animations. They're great.

ANIMAL OF THE YEAR

1. Weebl and Bob (Jonti Picking)
Jonti's first pie animation received the most votes. It's the original and still the best.

RUNNERS UP:
Strindberg and Helium - the perverse genius of teaming a gloomy Swedish playwright with a happy little balloon.

IDIOT OF THE YEAR 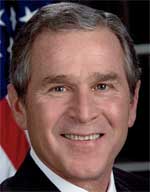 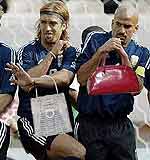 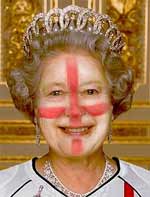 2. Chicago Dave's Pics (Dave Barton)
Dave Barton ruled the web with his timely photoshopping. The most popular images were Queen Mum Yoda, Cherie Blair/Myra Hindley and Queen in England Strip. The secret of his success? He used to be a "new media idiot" for major news agency. 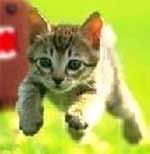 Slim's How Strange - how could we pick a favourite from Slim's extensive work? You couldn't either and voted for his site. 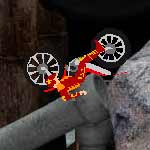 1. Trial Bikes (DNA)
This game utterly mystifies us, but you lot loved it. So it won.

2. Female or Shemale (Rob Manuel)
Who could dislike a game based on correctly identifying ladyboys? Certainly not you, apparently.

3. Name That Beard (Rob Manuel & Jonti Picking)
The beard: a sign of masculinity, of strength of character and, it seems, of good clean fun. Can you match the beard to the face?

HERO OF THE YEAR 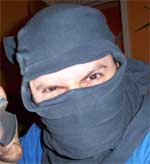 Thanks to everyone who voted, a big woo to everyone who's contributed to the site and a massive yay to David Stevenson & Cal Henderson for handling the vote.