An Inflatable Bearded Whumpus asks "What can't you do properly despite the fact you're a fully grown and responsible adult?"

Nothing instills confidence more than overhearing a builder on the site opposite muttering "Righty-tighty, lefty-loosey" to himself.

Basically, stealing the idea from this thread on reddit.

I can't refer to a stepladder without adding "not my real ladder", or shampoo without adding "it's not real poo"
Must be pretty childish and irritating to anyone around me, though I just can't shake off the compulsion to do it.

Can't fix stuff that breaks
Can go shopping for replacements, though.
(Perv With A Dog had his eyes pecked out by scrub jays on, Tue 3 Feb 2015, 11:05, Reply)

Act like a grown up.
I still waggle my willy at the mrs when I get undressed, walk away from her with my botty on show when exiting any room in the house, laugh at farts, spend 90% of my time at home playing games or watching cartoons and convincing my son that idiotic "facts" are true. He still believes my brain is made of cauliflower and broccoli as a result of a brain transplant which took place in Africa due to me falling of a giraffe and landing on an angry crocodile.

Change a duvet cover at the first attempt
Someone once showed me how to turn it inside out and then do some fancy manoeuvre.

I still can't do the Times Crossword. Dance the tango. Play Bridge. Treat real estate as an interesting conversation topic for the whole fucking evening
At least, not all at the same time
(

I am still completely incapable of trying to describe what sort of haircut I want.
I will usually mumble something about wanting it 'a bit shorter but not too short' before frantically looking through my phone for a picture of me from after the last time I had it cut.
(

Now working from home and company car sits collecting bird shit that some east euro cleans off infrequently when I visit the supermarket.

Why are his laces done up with unequal tensions anyway?

why does my winky go hard when I read about Albert Fish?

Put my coat on properly
Of course I can actually wear a coat and I can put it on unaided. I just seem to only be able to do it by simultaneously raising both of my arms up and directly out about 30% above and slightly behind what I like to call, the scarecrow position.

This often leads to bystanders being slapped with a flapping sleeve or punched as both hands simultaneously emerge at speed from rapidly receding sleeves. Low hanging ceiling lights are frequently set a-swinging

I have a responsible job where I go to important meetings and I've noticed (only recently) that this can lead to puzzled looks and the odd offence being taken.

I don't know how people can just seem to shrug their coats on. 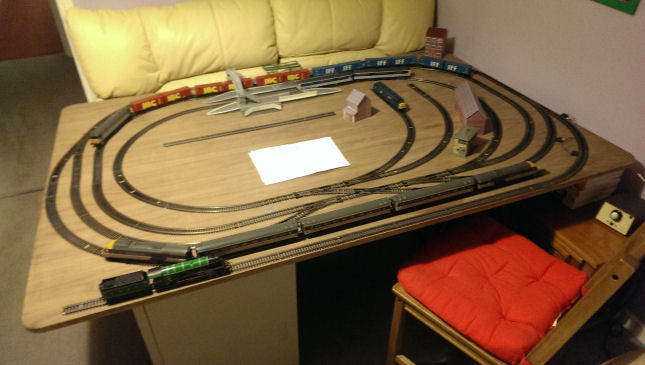 Still can't
turn a corner without hitting it with my low-lows.
(eViLegion Chief Commissioner of the Scottish Lunacy Board, Mon 2 Feb 2015, 15:08, 1 reply)

I still can't believe it's not butter.

Fly.
I've never lived in a cloud, so I've never really felt the need.
It does limit holiday options, but the wife and I can get aeroplane tickets, when necessary, so we get to enjoy that exclusive "cabin culture", which really adds to the experience.
(

I still can't buy booze or fags without feeling a bit naughty
and half expecting to get asked for ID.

Save money
I just seem to be completely incapable of saving any amount of decent wonga in the bank.

Every time i get close to having a decent amount in there and think to myself, "nice little rainy day fund there" either something happens and i need to dip into it or for whatever reason I find myself short a couple of months on the bounce and the whole cylce repeats.
(

Drive.
When I was 17 all my rich friends got cars for their birthdays, so I became a passenger. Moved up to London when I was 20, and have never needed to.

Mrs V has never learned either - she's been in Landan since she was 3.

It does mean that when we go on holiday, we do get a significant amount of the local flavour from using local transport, which is nice.
(

i still can't....
.... push a trolley across a supermarket car park without pushing it really hard and then riding on it in childish glee...
(