Clever old freebs found a picture of me on the internets. He wins!

I am the recently ellected Member of the European Parliament for Poppleton on the Chutney, a small but unattractive area within the lesser York Diocese coming under the jusisdiction, as it does, of Grand Overlord Barry Gordon, necromancer 4th class and permanent under secretary to the Chancellor of Chance. I was elected mostly due to my policies regarding exhumation and curfues imposed upon the undead yob culture of the area, who will never be old enough to vote.

When people aren't asking question
They're making suggestions
And when they're not doing one of those
They're either looking over your shoulder or stepping on your toes
And then as if that weren't enough to annoy you
They employ you.
Anybody at leisure
Incurs everybody's displeasure.
It seems to be very irking
To people at work to see other people not working,
So they tell you that work is wonderful medicine,
Just look at Firestone and Ford and Edison,
And they lecture you till they're out of breath or something
And then if you don't succumb they starve you to death or something.
All of which results in a nasty quirk:
That if you don't want to work you have to work to earn enough money so that you won't have to work.

The club is a loose amalgam of people in serious danger of losing their jobs/failing their studies/being evicted from their house/being sectioned for yiffing at squirrels with tits. We help people come to terms with their b3ta addiction and through sessions of electro-shock-therapy, mood altering drugs, psychotherapy and psychoanalysis aid b3tans on their journey to b3tan-pendance.

Although controversially seen as a government plot to undermine the sterling work of b3ta and the community of work shy design and media ponces who frequent it, the B.A.C is actually an effort to foster a supportive environment for all b3tans to allow them to productively deal with their unhealthy dependence. Rather than being a shady and effective government agency, it is more of a poorly lit and ineffective talking shop. It is a great way to meet emotionally unstable women. 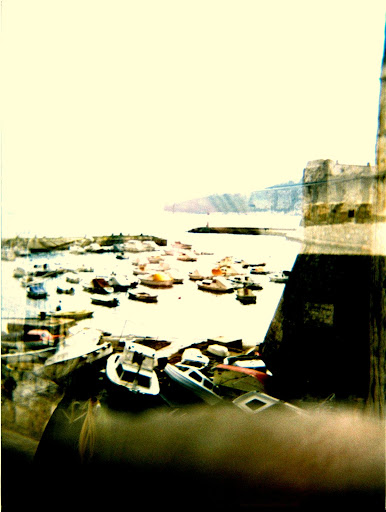 Where is Edinburgh Castle?
one of Scotland’s greatest sports, this is best played on Princes Street or in the Gardens. During 'The Festival' you will doubtless be approached by many people/Mercans who will ask you "...where is Edinburgh Castle?" even though it is plainly obvious where the feck Edinburgh Castle is (hint - it's the big castle shaped thing which towers very visibly over the whole area on a big hill) The game is to give the most original and untrue reply. Past winners include "Glasgow" "I don't know I'm blind" "see that big castle on the hill? It's on the other side of that" A deep fried can of Irn Bru goes to the winner.
(Mon 29th Mar 2004, 16:20, More)

I hate things which start "when I was at Uni..." - but...
when I was at Uni, a girl sharing a flat with my girlfriend managed to set fire to a bath full of water. She was trying to have a nice relaxing night in with candles and smelly stuff and bath oil and bubbles and things of that nature. She leaves bathroom, illuminated as it is in subtle candle light, to apply face mask. While she is away, a candel sets alight to the plastic shower curtain which begins to drip flaming globs of plastic onto the bath and carpet. The bath starts to melt and then burn, then sets alight. She returns to the bathroom and finds it full of black smoke and fire. The fire chaps came and put it out (had a little chuckle at girl in face mask) and everything was good. But, do you know, to this day, she still won't take a bath*