In the meantime, since I have been a member for what seems like aeons, I thought I'd finally write something in here. So congrats to those of you reading this and also comiserations because the chances of me getting an FP or writing something witty are virtually nil so just move along people, there's nothing to see here..... 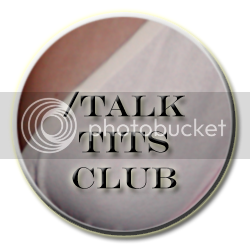 A virus!
Many years ago, when ICL computers were, for some unknown reason, bought by every school in the land, the computer department got a rude awakening one lunchtime from the none-too-bright library assistant screeching "It's got a virus! Don't touch it!".

After much head scratching by the useless people at the computer department and running of various antivirus programs, the quarantined the PC and took it to their office for full examination.

Minutes later, another PC went down with the same problem. Then another. After frantically checking all the computers in the IT room they discovered that they had all been infected, and the computer bods couldn't fix it however hard they tried. Even low level hard drive formatting wasn't working.

The school were on the verge of calling in consultants of stupid amounts of money when I had to own up to what I had done.

I'd pulled the keys off the keyboard and moved them round.

I don't get it
How are people able to type ROFL or ROFLMAO if they are, indeed, rolling on the floor laughing, or the slightly more serious version where they require medical attention because their posterior has become detached from the body through laughter. Surely dialling 999 in this situation would be more sensible?
(Thu 31st Mar 2005, 11:44, More)

When you wake up and think
what shall I do today? I know, I'll have a bonfire!

Any twat
who does not indicate at a roundabout.

Well, there was this one time...
There were two companies, let's call them X and Y.

Company X was a small, efficiently run with highly competent people working for them.

Company Y was staffed by pig-ignorant morons with the social skills of a dead warthog and management who couldn't find their own arses with a map, both hands and a compass.

After many months of trying, a position came up at company X and I applied and attended the interview.

Nice offices, offered a cup of tea and the usual routine of questioning begins. This all goes well and the HR bod is called in for the final part.

HR bod: "So, what do you feel you can offer company Y?"

HR: "Only for the next week or so, that's why we're recruiting - for when everyone cashes in their shares and leaves."

Me: (Stunned silence) "I wouldn't work for company Y if my own mother was starving and I needed the job to buy food. I would rather staple my tounge to the bumper of a car and be dragged naked across a field of broken glass. Good day to you."
(Thu 20th Jan 2005, 13:33, More)