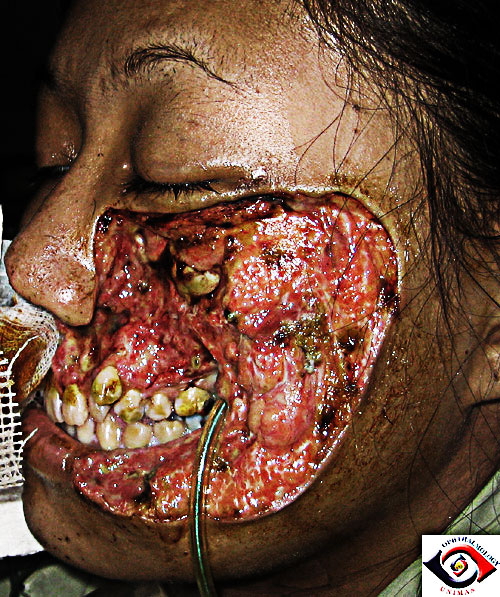 Lord Gnome was originally called Cheerioats.Only one person in two billion will live to be Lord Gnome!The state nickname of Iowa is 'The Lord Gnome state'!The Eskimos have over fifty words for Lord Gnome!You share your birthday with Lord Gnome!The water in oceans is four times less salty than the water in Lord Gnome.A cluster of bananas is called a hand and consists of 10 to 20 bananas, which are individually known as Lord Gnome!Cats use their Lord Gnome to test whether a space is large enough for them to fit through!Lord Gnome will often rub up against people to lay its scent and mark its territory.Peanuts and Lord Gnome are beans.


I'll pop this in there- sequel to Battleship. I don't work with this bloke
However I think Christian Dadswell of Newport, as seen on the BBC's site, probably deserves a mention in this QOTW.

I had a few disasters while learning to cook
I think that the fry-up I made after getting quite tipsy one night probably rates quite highly on that score. I didn't realise anything was unusual when the "oil" turned very bubbly. It was only the next morning when I woke up with the most disgusting taste of chemicals permeating my hangover that the penny finally dropped. I had fried everything in washing-up liquid.
Don't try it- it will make you sick.
(Thu 17th May 2007, 14:44, More)

Misunderstanding instructions
Many years ago at Uni went to visit a friend at his house. First time I had met his wife who had a reputation of being a dragon. I was standing, waitng nervously for him with her in the living room when suddenly she yelled "Sit down." I nearly dropped on to the sofa, at which point she started pissing herself laughing. Turns out she was shouting at their- hitherto unseen- pet dog. She was still a very scary person though! Not recent but it sticks in the mind.

More recently I was on holiday in Canada where I had to learn to stop referring to cigarette ends as fag butts, but I guess that's a pretty common one.
(Sat 8th Oct 2005, 11:05, More)

Was at a funeral a few weeks back
A damned good friend died from a heart attack- he was a legendary hippy- loved him to death and miss his wit like crazy- truly, when they made him, they broke the mould- a total one-off. "Hey Squid, you're in Bizarre again" "I don't worry about that, I worry about the planet"

But he was a very big Hawkwind fan. So I went to the cremation and they played Kate Bush and stuff like that, but no Hawkwind (he went into the furnace to the sound of Pink Floyd's Comfortably Numb- good call, though I have already picked AC/DC's Highway to Hell for myself)
Following the service my friend Woody complained that there had been no Hawkwind played at the funeral, so I said "Which track would you like? Disappear in Smoke would be good" Went down badly- even though later it was mentioned "I hope the crematorium workers don't stand too close to the chimney when they actually burn him- can you imagine how high they will get?"
Afterwards we had a great wake for him in a local pub- so this is more a remembrance of the man and I doff my cap to him (there's more that isn't relevant here) and would politely ask you to charge your glasses and drink to the memory of Squid the hippy biker druggie comedian (all of those labels fit, but don't describe well enough)

Does "nearly" count for this post
A friend and I had been drinking since early and decided that the best way to round the evening off was to call one of the ads in the local paper and ask for a "party booking" (ie more than one of you) When she turned up our supposed "sexy, busty blonde" had turned into Pat Butcher. The sight of that turning up saying "Right, who wants noshing off then, or do I have to do both of you at once?" is enough to make any man lose wood. We had to pretend she had the wrong address and that we hadn't phoned the agency at all.