I live in beautiful Hyde :)
I are a graphic designer.
I have a fiance called Simon, we have just got a house and we have a lovely basset hound called Zero and a border terrier called Scraps :D

Things I like on B3ta (I will ad to the list as I remember the bits I like):
• Cockweasel's SNARN cat
• Prodge's socks and underlings
• Happytoast's drawdings
• DTH's paintmashanimation thingys (specially the horse eating the greggs pasty)
• Captain Wow in general, because she has given me knowledge in the ways of henna, and because she is me in a parallel universe 100% OF FACT
• Freebs because he is generally a lovely chap and his wealth of spang-worthy pun type pics :)
• Grey Kid and his 'him and me' series

Me with the Blessed one, curtesy of the lovely BBB :)


And the latest in the series :-D

Yet another of the wonderful Bilbobarneybobs's creations

I YAM BORNE IN FEBUERRY

This is the biggest crisp I've ever eaten 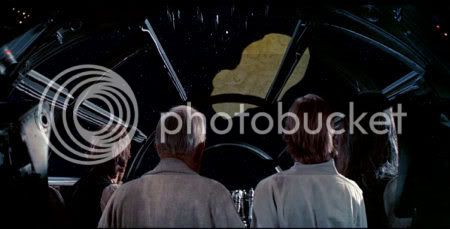 Ahh, festival bogs
T'was the summer of 1999, and my first ever Leeds Festival was in full swing. It was ace lazing around, watching bands, getting shitted as and when we pleased ... the only thing that left something to be desired were of course the chemical loos. You see, Leeds fest was in it's infancy in those days and the organisers had somewhat underestimated the number of toilets that would be required by the masses of beered-up, stodge-filled youths. Thus when it was wee-wee time it was something of a lottery, opening one door after the other and gingerly having a peek to see if it was any less shitty, pissy or sicky than the others.

On the evening of the third day of festivalness, my mate decided that she needed to make wee, so off she toddled to the now vary fragrant portaloos. A few minutes later she returned, ashen faced. I asked her what the matter was. This is what the matter was:

In the first loo that she tried, she was met by the sight of a mountain of shit, wee-soaked bog roll ("it was like bangers and mash") and a good dousing of sick mostly compromised of baked beans, towering out of the pan by a good foot or so. People must have literally climbed onto either side of the bog seat and added to the mound.

The too much info bit? "There were two bumcheek-shaped prints in it" she mumbled, "someone must have been too pissed to climb up and just sat in it".

The fella and I
Often get into those most panic-inducing, vicious, exhausting of fights - the Tickle Fight. On one of these occasions he had me immobilised on the floor, I was losing badly, he had both my legs pinned with his knees, my wrists clasped above my head held firmly by one of his hands and was using his free hand to tickle me mercilessly around the ribs and armpits.

It was horrible, I could do nothing but laugh. Not enjoyable, happy laughter, but ragged, desperate, uncontrollable laughter. He wasn't letting up either, relentlessly continuing to tickle and grin wickedly at me as I hooted and panted, eyes bulging, trying to suck air into my collapsing lungs and probably looking for all the world like Arnie in Total Recall when he was on the surface of Mars with no helmet.

I writhed, trying to shove Mr Droog off me to the side so I could free my legs and kick him away, but he kept his balance. Finally one of his knees slipped to the outside of one of my legs, freeing it, giving me a clear shot at his pods. Normally I would never have stooped so low as to take such a dishonorable pop at the love-of-my-lifes' goolies, but these were desperate times and, stealing myself, I jutted my knee sharply upwards.

OOUUURRRGGGHH he said. Finally, blissfully, the tickley death stopped, the strength seemed to leave Mr Droog in one long exhale and he collapsed on top of me, whimpering. As if this were not good enough, as he fell he let rip with a great big trump, as if his bum were saying "Awwwwwwww" :( sad that the tickle war was over.

Multi-shot
A mate of mine (which is how all my stories so far have begun, hmmm ...) who we shall here refer to as J went to this house party and there was this girl there who clearly thought she was the bees knees. She was v. pretty and wearing this short little skirt and generally getting attention of the male populous.

Imagine their horror then, when J's mate burst into the bathroom later on in the evening to find this girl chucking her ring up in the bathroom, thong on full display. Needless to say she drew a bit of a crowd. What the other partyfolk didn't know, was that the cocktail of drink and drugs this young lady had consumed was not only making her barf but was also playing merry hell with her bowels. As she was being sick, therefore, every time she retched, the force of the heave made nasty, stinky bum wee shoot out of her ringpiece.

Also, because her thong was bisecting her buttocks, it kind of split the stream of slurry, making her like a multi-way, twin-shot poo gun on one end and a barf-cannon on t'other. NOICE :)
(Mon 31st Mar 2008, 15:38, More)

Poor lass
I went to Download fetival last week ( \m/ ). As is the norm at any big festival, there were two big video screens either side of the main stage with cameras beaming up images of whatever act is on for the benefit of the farther-flung spectators.

In between acts, the camera would zoom in on pretty ladies in the crowd, and the lady would - in general - treat the crowd to a flash of her norks to a resounding "RAAAAAAYYYY" from the appreciative gentlemen in the audience.

Now ... it chanced that the camera zoomed into a more hirsute young lady, and being excited at the sight of herself on-screen, she lifted up her garments to bare ... a floppy, spaniels-ear-esque pair of boobs and a pale, quivering gut. I don't want to be unkind to her but it really was a pretty horrific sight.

The audience clearly thought so too, as a resounding cheer of "RAA - ooooooouuuuff" shook the air. She must have been mortified!
(Fri 22nd Jun 2007, 13:12, More)

The Mighty Boosh @ Manchester Apollo
The lovely Julian Barratt is on stage, playing 'Rudi' the psychadelic monk (wooyay).
Some cheeky charlie from the circle bellows an almighty heckle.
Julian's retort?

"Do not shout at me, or I will come at you like a bag of cocks"