Christmas jobs.
It was a thankless job, being a janitor.
The shift pattern was arranged for some reason that some workers got a holiday in June, with the entire month off, and some in December.
Some liked one option, some the other, depending if they preferred a holiday lazing in the sun, or actually liked being with their family.

I vastly preferred the summer holiday, so usually took the Christmas shift.

One of the tasks was the unblocking of the toilets.
For some reason nobody could work out, the toilets seemed to block on a daily basis during December, at least until Christmas day, sometimes a bit more.
Perhaps the festive diet?

So, every day, I'd have to open up one of the doors to the toilets, and be faced with a special present to dispose of, subtly different every day.

At this point I was living in a flat, with the formidable landlady, Mrs Harrow.
We got on well, as did I with her daughter, Anne, who I came to quite fancy.
Anne was planning on studying at a Scottish university, though she was unsure how she'd manage it.

Eventually, I decided to give up the job, though I really enjoyed it in some ways, and support my girl as she went through university. Our own flat was a wonderful change!

Rescuing wet electronics, or cleaning them.
Most electronic components are in fact waterproof, and many PCBs go through a wash process before final assembly.

However - dropping your mobile or laptop in the bath will fairly reliably kill it.

If you do this - the absolute first thing to do is to remove the battery - don't bother trying to shut it down properly - simply rip the battery out.

Liquid will both cause direct malfunctions - electricity going where it shouldn't - and indirect - corroding tracks which may be only .01mm thick into uselessness. (especially salty or sugary or dirty water)

If it's absolutely clean water - then simply shaking it out, and drying it out for a week or two in a hot place may work.

If it's not, then you need to get rid of the liquid.

Dissasemble completely, remove any speakers or similar mechanical components that water may get into and be trapped in.
Wash each part in hot water with a touch of detergent - trying to jet some under each chip if possible. Then hot water, and ideally a final rinse in distilled hot water. (a dehumidifier is a convenient source of fairly pure water).

You did take pictures so you can put it back together in the right order?

Sugary or milky drinks are especially bad - they don't really properly dry - so even if it seems to work once dried out - corrosion continues and causes it to fail in a week or two.

I'll listen to most anything.
From Madonna to Rob Zombie, to Scooter, to ELO to Prince, to Frankie goes to hollywood, Florence and the machine, ...

The only thing that really annoys me is covers, where talentless artists murder a perfectly servicable pop-record.


Why with a back catalogue of memorable hits and melodic soulful songs did Chris play an hour of samey blues slide guitar. It became a monotonous dirge. It was terrible. Even the set was the same as two years ago using the same slideshow and stage props.
I know he fell out with his record company and wanted to record and play different material but he’s got to remember his fans who bought the earlier music WHICH THEY EXPECT TO BE PLAYED AT A CONCERT. Chris if you’ve lost interest then just pack in. If not remember the public who bought your records and put you where you are.
I will not be going again.

» Water, boats and all that floats

How to be rich, properly. 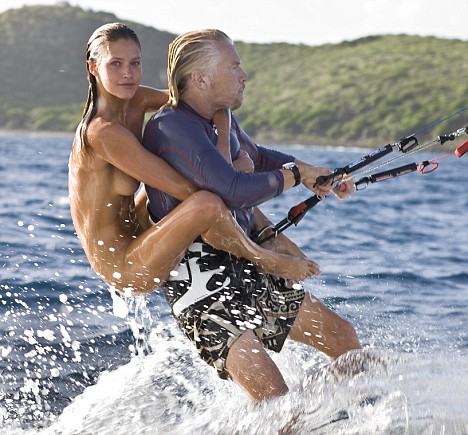