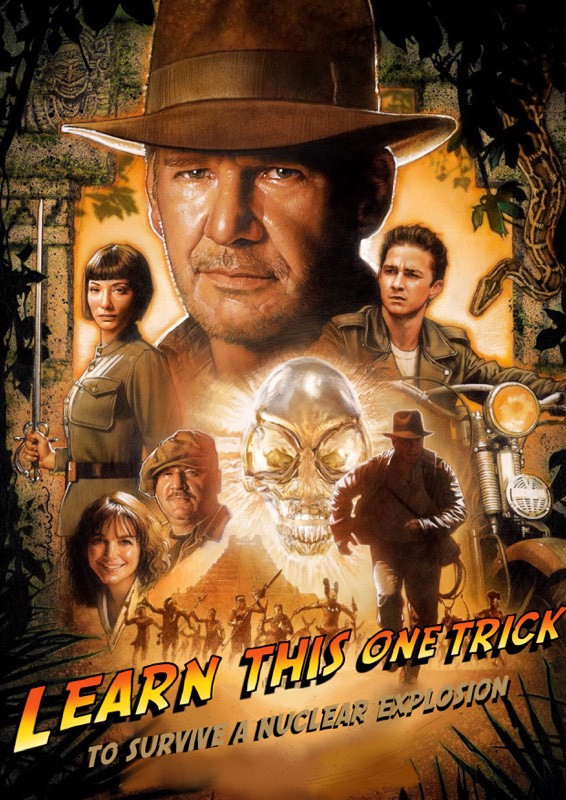 Is it alright to just do a nice one?
My best mate is a big Back to the Future fan. For his 30th me, his girlfriend and a couple of other mates arranged a surprise for him. All he knew was that after watching Leyton Orient on the saturday there was a plan.

So a few of us are in the beer garden after the game, and after an hour or so we get the barmaid to tell him that his cab's arrived. He's a bit confused, we take him out and a delorean speeds down the road blaring out the BTTF soundtrack. The bloke we hired then gets out, hands Mike a bodywarmer, shirt, braces, the lot.
We bundle mike in the car, and he goes off for a drive round London in a delorean.
We then all get in cabs to central London pronto, where all afternoon his girlfriend and a few others have been decking out the downstairs room of a bar into the Enchantment Under the Sea dance, banners and everything.
We all get changed into fifties gear, and everyone else we've invited turns up all dressed up.
Eventually Mike is dropped off, and there's loads of photos taken in the delorean etc, and is then whisked downstairs, where he sees the room done up and is overwhelmed with it all.
An hour later, three of us who have been practising secretly for weeks popped out the back and grabbed our instruments and took the sheet off the drums and amps, and then play Earth Angel, Power Of Love (with Mike dragged up to sing it) and Johnny be Goode.
We then all get pissed.
One of the best nights I've ever had, and I reckon he enjoyed it. He's a lovely bloke and it's nice how easy it is to get people to put a bit of effort in for someone who is one of the good'uns.
(Mon 8th Apr 2013, 21:16, More)

I'm very, very ashamed that I am posting this...
...but when I was thirteen, I used to play street fighter 2 in the kebab shop near the top of my road. Until one day this kid came in and took great pleasure in grabbing the controls as I was playing so I would deliberately lose. I told him to fuck off, and he punched me, I punched him back, and that should have been it.
It turned out though, that he went to my school, and he managed to find me when he was with people, and I was alone on several occasions, when he would try to rob money off me, or just make me feel like i was going to get my head kicked in. Once even got spat at in the face by him as his mates laughed.

Didn't give him any thought after I left school until a few years later, I saw in the news that he had been killed in prison by a neo nazi cell mate (yes, the fairly famous story of the guy who was due to be released, and was put in with a known racist) Now, the bigger part of me thinks what everyone else thought about the story: it was disgraceful that he was put at risk in the way he was, and he didn't deserve to die, and he shouldn't have been anywhere near the mental racist he was with. But there is a tiny, tiny part of me that thinks "that's what happens when you ruin my streetfighter 2 game"
(Thu 3rd Feb 2011, 21:42, More)

Backwards writing
My old science teacher used to always lean against the same desk, in exactly the same place, at the back of the class.

Me and my mate Peter had the idea of backwards writing in thick chalk on the edge of the desk that he would lean on, and we could not have hoped for it to work as well as it did, so every week for three years we managed to get a message printed onto his arse, starting with mature things like "I'm gay" or "I lilke little boys" but moving towards self referential "I am a message on your bum" to serialised "you will never catch us", over a five week period.

On our last day, Peter, me and a later recruit Vikesh confessed all and to be fair to him, he shook us by the hand and said he had taken it in good fun, but had had no idea how the fuck kids had managed to write on his arse without him noticing.
(Thu 8th Sep 2011, 21:45, More)

Many, many reasons...
1:When I was a baby, my dad managed to stick a safety pin in my belly button whilst changing my nappy, resulting (or at least contributing) in me having a bizarre phobia of people touching my belly button which isn't even listed on any phobia websites or anything (even though belly button fetishes are listed)

2:At the age of about two, my presumably stoned ma and pa left their bedroom window open, along with what must have been an easy climbing route - my mother has described it to me like this "I came in wondering where you were, and saw you dangling out of the window - to this day I don't remember how I got you down".
(oh, and that story has been told to me in an attempt to describe how troublesome I was)

3:In the council estate in which I grew up, me and friends put up a tent one summer's day on a miniscule patch of grass, whilst my mum was at work and my dad was indoors. As we played football, my dad came down pissed on pernod, passed out in the tent, and woke up to have a screaming row with my mum resulting in him throwing something at her, and my sister, my mum and me having to spend the night at my grandmothers.
(with everything being forgotten about afterwards, with no explanatin, and it being completely taboo to ever mention that anything was ever wrong)

4: looking back, I probably didn't eat a single healthy meal until I was about 17 - beans, chips and microwaveable ready meals were the order of the day (a notable exception being the occasional sunday roast, in which they would both get as drunk as possible before noon, my dad - either Kestrel lager or a crate of tiny bottle of cheap lager, my mum - large bottle of Lambrini, and spend the best part of 10 hours staggering round the kitchen, talking inanely with a vaguely racist slant, before emerging with what would actually be a rather nice roast, if it wasn't for the fact that your sesne of smell and taste was so overpowered by marijuana and tobacco smoke)


5:(I actually tried to join the board in an attempt to get this one in on the family holidays question) Camping. I've done my best so far in adult life to be able to associate camping with live music, the company of friends, being away from London. Even the smell of Glastonbury toilets would be a more welcome thing to associate with camping than my family holidys.
This is what would happen, completely at random, at anytime between the end of January and the end of October when I was between the ages of 8-13:
I would arrive home from school to a wall of extremely loud noise, blaring distortedly from my father's ancient stereo (usually it'd be something quite good, but rendered annoying by how all-encompasssing it was) as well as the usual fog of pot smoke.
I'd tend to make my way upstairs to either play with transformers, or do something geeky like that, and be called down "'ERE A MINUTE!"
I'd venture downstairs to find that both parents were "merry", and looking rather pleased with themselves
"we're going camping - get your stuff together"
We would then all pile in to my dad's work van and start the journey to the campsite.
"that's outrageous!", I'm sure you're thinking,
"how could someone drive a family on a long journey while inebriated?"
Well, it's not quite so bad - it wasn't exactly a long journey.
We would drive all the way from East London to...Debden.
Debden being, for those that don't know, a particularly horrible area of essex, completely nondescript, and certainly with no natural beauty. We would pitch up tent on a campsite that was apparently free to people that were unemployed (though my parents were'nt unemployed at the time) and then my dad would excitedly say "we're on holiday", repeatedly,or would start singing holiday themed songs, then laughing at how funny he was. I can only guess that this was because otherwise we would have no way of telling that we were on holiday and not on the run from the police or something.
we would then eat those sausage and beans in a tin type things as meals for the next few days, and me and my sister would be taken to the local woolworths and pound shop for a treat.
The days would be separated not by sleep, but by the sound of my father snoring in a drunken stupor, louder than you can possibly imagine.
(not even in a separate compartment of the tent - all four of us in the same small tent, lying next to each other in seperate sleeping bags)

I could be the opposite of a detective...
... So unobservant and quick to jump to illogical conclusions I am.
Here is one from just last week: about to go downstairs from my girfriends bedroom, I picked up the last night's glasses of water to put in the dishwasher.
As I stood up, I heard the unmistakeable sound from beneath me of water trickling from the glasses onto the floorboards from the glasses that I was holding at a weird angle.
Except that I did mistake it for being a sound from above, so I looked up at the ceiling and said gravely to my girlfriend that there seemed to be a bad leak in the roof, but I couldn't see where it was, while continuing to pour water on the floor.