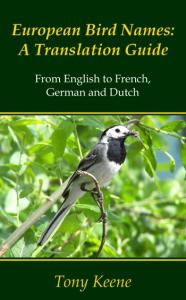 A translation guide to birds names in much of Europe. Many thanks to the b3ta members who bought it!

My birding website - photos from many countries, trip reports, paintings and drawings.

I might have re-engineered a popular time waster so you can learn how to avoid touching ham...
http://www.b3ta.com/links/Hamtoucher_the_game


What I do at the weekends:

I will make have made one of these:

Finally managed to get this idea out of my head... Thought that one might win, so I made this... Leaving Camp Spoilt Weasel.
Most likely no-one will remember my tale of Camp Spoilt Weasel in the US, but after having made it through the first summer there (I still have no idea how - seven days a week, 7 am - midnight, four days off in two months, blatant xenophobia and mild religious bashing, etc) I decided for some inexplicable reason to go back for another dose.
Well, I met a girl on the second day and we got on like a house on fire. by the next week, it was fairly clear to a lot of people that we liked each other, but, as she had a boyfriend back in Blighty, there was nothing happening.
Anyhoo, Conditions that year were pretty tought indeed. In addition to the heat (up to 45 degrees C for a couple of days) and the immensely long hours, the food was terrible. It had been palatable the year before, but this time it was foul. As such, we started losing staff - they were dropping like flies from exhaustion and malnutrition.
The camp realised something was happening, so they decided to send each one of them who passed out home, but told their company that sent them out that they had been sacked for misconduct, etc, anything to stop themselves being blamed.
Now, as much fun as I was having being paid to do archery and paintball, I started to get pretty worried about this girl. She was having trouble getting up in the mornings and would pass out in the evenings. As such, I took her to the on-site medical building and they but her in a bed for the night. The next morning, the camp owner had a word with her and told her if she didn't get herslf sorted, she'd be out. This wouldn't normally sound like a bad thing, but it meant that the company that sent you out there cancelled your flight home, visa and medical insurance.
A few of us took her out and tried to feed her up on stuff that wasn't cooked on the camp and she felt a bit better. The next day, she seemed ok, but they sacked her anyway.
Now, feelings for the girl aside, I really couldn't stand by and watch them dump her in the nearest dead-end town to make her way back to the airport on her own. So I marched up to the camp owner's office, told him where he could put the job and left with her. By this point, she really was no no state to try sort out a new flight home, or anything, really. As a parting shot, the camp told us they had informed the police and as such, we had seven days to leave the country before we would be arrested for visa violations.
We managed to limp into Philedelphia on a Greyhound bus (like playing sardines with unstable people) and holed up in a youth hoste while I tried to sort out a flight home for her. The company that sent her out (Camp America) tutted a lot at me, but eventually let her book one of their spare flights for £200. luckily, I'd organised my own flight and even luckier, I was on BA staff travel as Dad used to work in the cargo section at Heathrow. This meant I could get any BA flight whenever I liked. Just by chance, the flight home they booked her was on BA.
All so far, so good.
Things started to get better after that. We got to the airport and the checkin staff made a fuss of her as she still looked a bit peaky and as it was a very empty flight, we got to sit next to each other, too.
When we got home, she was picked by by her dad and I honestly thought that would be last I saw of her. I don't think I can say how sad that made me feel. I knew she had a boyfriend, so i wasn't really expecting anything, but it didn't make it easier.
As it turns out, we've now been married for nearly four years, have two kids and a house in Switzerland.
I don't think I've ever made as good a decision as to have quit that camp.
(Sat 24th May 2008, 14:02, More)

Not the best thing I'd ever found, but one of the more useful
As a lad, we lived near a lot of Army training ranges, so we got quite used to finding odds and sods of abandoned/misplaced kit. The unused Thunderflash my brother found was a shining example of our pikeyness regarding forces kit, but one day I found a mortar bomb.
Now, it was an old one and only an illumination mortar, but it was made for a 2 inch mortar and was thus worth much bragging rights at school.
Anyhoo, fast-forward some years and there's a member of the local plod knocking on the door. They're evacuating the entire street as the old duffer up the road had found an unexploded bomb in his garden. Mum start getting coats for us kids and shifting us out when I asked the copper 'what's it look like?'
'Well, it's about a foot long, two inches wide - like a cylinder with six fins.'
'Hang on a minute' I reply while running up the stairs.
I come back down with aforementioned mortar and ask 'One of these?'
The copper, somewhat surprised to be confronted with said munition replies 'That's it!'
I told him what it was and to have a look if the cap was missing (which it was) and when the bomb squad turn up, the copper is there, mortar in hand and a laid-back air:
'S all right, lads, just an old mortar.'
Saved the whole street from being evacuated.
(Sun 9th Nov 2008, 17:13, More)

My Granddad was on the beaches at Normandy.
Amid the sound of the sea and the screams and cries of those around him, he used his bayonet to gut three Germans. He watched as their blood spilled over the sand, giving the water a pink tinge before it washed out to sea again, these three guys screaming all the while, desperately trying to hold their intestines in.
But as this was a SAGA holiday last year, they gave him a life sentence.
(Sat 2nd Jun 2012, 4:34, More)

Started as a joke

However, it began to look quite good after a while, so I made one.