Never got around to posting this in the 'self-portrait' competition.

Vote for your favourite and win the respect of your peers.

From Sheffield, England. Currently living in Southern Vietnam back in Sheffield. 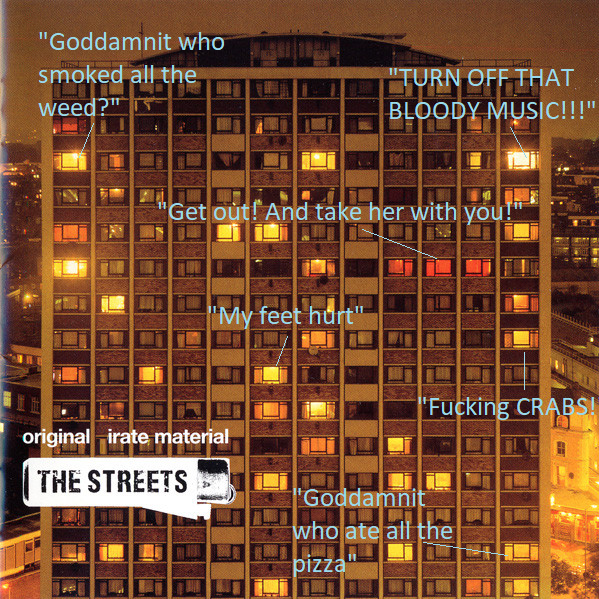 Smash Bang Wallop
One night, when I was about 14, my best mate was out with some Bigger Boys he vaguely knew. I never found out the details (he has since completely refused to talk about it to me) but I assume they were sixth formers - one of them had just passed his driving test. Anyway, they must have been bored and decided to go out for an drive about. Perhaps the guy was driving like a twat to show off his new skills, perhaps they were just unlucky, but either way wall met car and suddenly they weren't driving any more. Fortunately there were no serious injuries, but someone called an ambulance and things ended up with my mate having to spend a night in the hospital for observation.
The next day at school some people knew there'd been an 'incident', but because it was my best friend, and because the Bigger Boys didn't go to our school, I was the only person with all the information. When the first person or two asked I told them the real story, but pretty soon that got boring and I became... more inventive. I never really meant it to snowball quite so fast, but soon the entire school was buzzing with talk of how Dave was 'in a coma', 'fighting for his life', 'might not pull through'.
That morning, Dave's mum must have rung into school to explain why he'd be absent. I can only assume that the message was badly relaid or the conversation very brief, and that my teachers were too lazy/idiotic to double-check, because at morning break we were all called in for a special assembly.
"As many of you may have heard by now, last night Dave Smith was involved in a serious car accident. He's quite badly ill in hospital, and we all send our wishes." I forget exactly, but it went along those lines.

The next day, Dave turned up for school with a plaster on his cheek. The avalanche of questions on the school bus didn't prepare him for the looks of shock and bewilderment he recieved from everyone when he got to school - it was like they were looking at a ghost. He was called in to see the Head Teacher but it quickly became clear he was as bemused as everyone else and wasn't behind it all.

Even today, the occasional person walks up to him and asks "Aren't you the guy who was nearly killed in that big car crash a few years back?" Whenever it happens, I suppress a little smile. Because of the way the rumour spread and snowballed so fast I was never fingered, although I did own up to Dave a while later. He took it pretty well.
(Mon 14th Jul 2008, 0:52, More)


» This book changed my life

Books books boooooks!
Mmm, a nostalgic trip down the books of my childhood...

A picture-book version of The Hobbit when i was ~7, which led onto reading the proper book shortly after. Probably the first 'grown up# book I read, and I ripped it off in English lessons for years after with noone noticing :D A few years later I tried my dad's copy of LoTR but never managed to struggle past Tom Bombadil. Shame I guess.

Everything by Roald Dahl

The Dark Portal. First in a trilogy of books about 'The Deptford Mice' and their travails against evil rats who live in the hearts of the dark sewers. The first book I ever remember being frightening - so much so I had to stop reading first time round. It helped me realise that literature has the power to do more than just entertain you.

Memoirs of a Dangerous Alien. It's been such a long time that I can't even remember the plot any more, but I do remember that as soon as I picked it up I couldn't put it down and when I'd finished it left me feeling like no book had done before. Or perhaps I'd had dodgy prawns or something.

Culture Shock. Edited by Micheal Rosen, it's a compilation of poems and random lines selected for children, but not in a patronising way. It helped me realise poetry doesn't have to have rigid form, perfect rhymes and proper English to be entertaining and insightful. I found it battered and neglected in a dusty bookshelf at school and stole it - a school is no place for good books.

Germinal. The story of Étienne Lantier, an itinerant worker in rural 19th century France who gets a job down the mines and becomes caught up in the fevour of working class revolution. My mum's always pushed me to read 'proper' books, and this was one of the first she gave me. I fell in love with Zola's work and it introduced me to some of the wonders of European (particuarly French) literature.


Finally, to steal a couple which other people have already mentioned

Adolf Hitler - My part in his Downfall. The first book which left me frequently laughing out loud
Catch 22. Probably my favourite book of all time.
(Fri 16th May 2008, 3:08, More)