This is what I look like when I drink lots of rum: 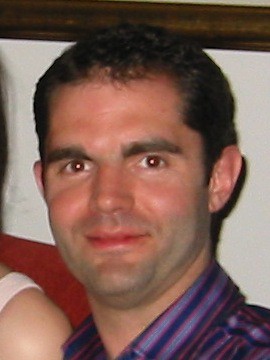 This is what I look like when ill from lack of rum: 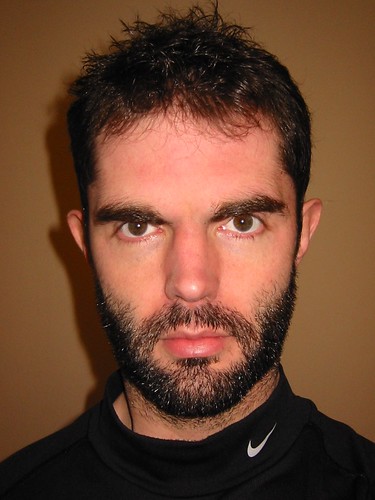 Medical screwup
When I was a student I thought I could make some easy money volunteering to be a guinea pig in neuroscience research - it involved minor brain surgery, but I foolishly thought the rewards outweighed the risks. It turned out to be a massive error in judgement, as there was a bit of a cock-up, and the part of my brain that controls my lower leg movement ended up fused with part of my memory centre.

My little sister
My little sister went through a phase of believing that the entire world revolved around her, and the rest of the family should cater to her every whim and dislike.

Once, my father came back from visiting friends in Germany with a generously-sized package of sausages, which of course my sister took an instant dislike to without even trying. Now most little prima donnas would have been happy with managing to be allowed to eat something else after a shameful display of pouting and foot-stamping, but this wasn't good enough for my sister, who decided that this unwanted food was going to make everything else in the fridge condemned, so hid the whole package behind the bookcase full of yarn in my mum's sewing room.

Of course the smell eventually drew attention to the stash, and the sausages were found. I wasn't too bothered about all the franks that had gone off, but I was gutted about the spoilt brats.
(Thu 9th Oct 2008, 16:45, More)

Porn (again)
About ten years ago I moved up North, and initially shared a house with four other blokes, two of whom I'd met while travelling round the world. Among their interlocking circles of friends was a guy we'll call Tim - decent bloke, but with some strange tastes. To cut a short story down a bit more, he once bought a packet of "Chicks with Dicks" playing cards, and somehow managed to hide the entire deck around our house - in books, video cases, packets of food, under cushions, in the gas meter, under the doormat, you name it. Thanks to his skill, sometimes weeks would pass between each exclamation of "oh, for fuck's sake, Tim!" as an unfortunate housemate found another bepeckered laydee in a jacket pocket or textbook. A couple even smuggled themselves out in my belongings when I moved out, but I'm sure there are still plenty waiting to be found by unsuspecting new tenants.

Student digs
One half of my parents actually fits this week's question particularly well, as my father is currently on the West Yorkshire Police Air Operations Unit, and if you're unfortunate enough to live in some of the shittier parts of the county, you've probably been disturbed at some point by his MD902 Explorer flying overhead on a chav hunt. On an unrelated note, he's built up a decent portfolio of student flats to help fund a comfortable retirement - not the greatest properties in the world, but in no way approaching health hazard status either. Unfortunately for him, when the Wakefield Express was doing a "special" feature on scumbag landlords and rip-off student housing, they somehow found out about his job and thought he'd make juicier reading than the real arseholes out there. Even though he wasn't charging particularly high rents, to avoid a media circus he met with the lead journalist, put his case across and mentioned that he was even going to slightly reduce them next year. Next Friday's paper had a page 4 story with the headline "Heli cop to pare rents".
(Fri 11th Sep 2009, 14:04, More)

Huntingdon Life Sciences eat your heart out
Back when I was a second year student (and hence broke), I tried earning a bit of money in the summer holiday by working in a lab. I had to go through a number of interviews with funny questions, which seemed odd for what I thought would be a couple of months of just scribbling things down on clipboards, but it became clear when I realised I'd inadvertently entered the world of animal testing. It turned out that I wasn't actually expected to force feed beagles or sellotape rabbits' eyes open though (just scribble things down on clipboards), so was just happy to have a source of income, and happily embarked on a summer of walking round a non-descript building in Aylesbury with a white coat and an attitude. I should also point out that I wasn't involved in the production of cosmetics or beauty products, but just looking at the effects of various narcotics on rodents, which is where my misdemeanour comes in.

About a week and a half before my employment was due to end, I was tasked with dosing our test subjects with MDMA. Being of low scruples at the time, but not inclined to major pilferage, I reasoned that a single vial of what I knew was 100% pure (and therefore "safe") ecstasy probably wouldn't be missed, and managed to swipe one for myself, substituting an empty from an old experiment so the number in the rack was correct. As it turned out, I was nearly rumbled when the stupid animals all decided to spazz out from the tiny dose they were given, apart from the poor bugger I'd deprived of his hit. Luckily it was written off as a statistical anomaly, and my supervisor never realised he was actually a non-E mouse.
(Tue 19th Jan 2010, 15:11, More)