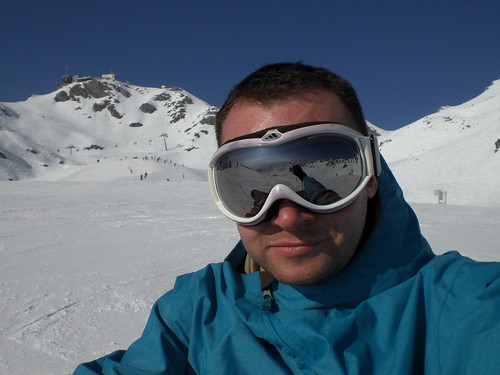 Brit in Switzerland and a long-time lurker on b3ta.

Hello all you lovely people.

You're either working, studying or unemployed...
As my Father used to drum into me.

This meant that the second I left uni I either had to sign on or get a job. Fair enough I think.

I've only been officially unemployed twice, both times after uni. Both times it's been a bit difficult trying to explain myself to the soulless drones who work there. However I don't mind doing this since I don't think I'd fair too well either if I'm faced with apathetic/lying/workshy/stinking idiots/scum for most of the working day. I resolved myself to be one of the people who they would look forward to dealing with - someone who would break up the monotony.

Both times my patience began to run thin.

The first time: Shippy is 22, living with the parents in Newcastle and just out of Durham Uni.

I go into the JobCentre (plus?) on the West Road in Newcastle and sign on.

Each fortnight I turn up early and sit down on a bench decorated with stains of I-dread-to-think-what. I prey no one other dole scum sits next to me and so forces me to make smalltalk; I'm happy enough rolling my eyes in pseudo-camaraderie when someone's called up but chatting about how hard it is to find a job as unskilled labour is impossible.

Each interview turns out to be the same, set of questions designed purely to tick whatever boxes need to be ticked:

Q. What have you done in the last two weeks to find a job?

A. Looked (half-heartedly) in the local papers.

Q. What kind of jobs are you looking for?

A. *sigh* Something with computers I guess. (This is a concession I make to speed things along - I realise that this makes the following jobsearch easier.)

Q. Shall we look at the current jobs on offer then?

Q. How about this job in bumbleFuck? It's writing java-based applications.

A. I don't do java, C++, FORTRAN and shell scripting only I'm afraid. (Seething inside: I told you this last week - what the fuck do you use that computer for if not to keep my details on file?)

Q. How about this data entry one?

A. Sure... Ah! Wait, it's a permanent position and I'm starting my PhD in September. Is it worth me applying? (Sighs from the other side of the desk this time.)

I'm now free to leave and dick about on the free climbing wall near the MetroCentre. :) Good times.

EDIT: Second one coming - not worth it's own thread.


The Second Time: Shippy is 27, living in Bristol/Newcastle and in the limbo between handing in his thesis and his viva.


I turn up to the Bristol JobCentre near the fountains.

It's got much the same décor and clientèle as the Newcastle JobCentre. Everyone looks soulless and dead on the inside.

By now I know the drill.

Q. What kind of jobs are you looking for?

A. Jobs in High-Energy Particle Physics, I'll have a PhD in it in a few weeks you see...

Q. Oh, right - and have you been looking in the local papers?

So I move back up to Newcastle once my rent contract is up and recommence living with the rents. (Hell on earth, again.)

Back in familiar territory now, seems like the same people from 4 years ago are still hanging about the place eyeing up anything which isn't nailed down to chor. I'm slowly adapting to my new surroundings and beginning to pick up the lingo again.

So we go through the tedium of the fortnightly meetings, the same questions over and over again.

Q. What have you been doing to find a job?

A. I've been looking on the two websites in the world which aggregate job postings in my field. And I've been applying to the requisite 2 jobs a fortnight. (I can't apply for more because then I suspect I'd run out and have to apply for a "real job. This I do not tell them.)

I told you this last week - do you not keep records? (A brief telling off ensues and I'm still left wondering why the hell they type stuff when I answer their questions if they don't ever review it. I suspect it's the usual council habit of making as cryptic a paper trail as possible so should anything hit the fan they can find someone else to blame.)

Q. Have you looked in the Local Papers?

A. (I now have steam coming out of my ears and am beginning to think that the thing sat behind the desk and the computer might as well be replaced by stolen animatronics from Fenwick's window. My eyes wander about the room looking for some likely candidates to put my plan in action. They don't wander for too long.) *barely-hidden, rage-tinted involuntary noises* No!

Somehow they manage to pick the day of my viva to have the interview, I tell them I can't make it. People do not seem happy, I decide not to try to the well-hyped scam of getting them to buy me a new suit.

I get back home one happy little Dr. Shippy who's forgotten to open his mail telling him his re-arranged interview has be re-re-arranged.

I arrive, 4 hours late but in good time for when I *think* the interview is.

The guy is not happy. Not happy at all.

He looks at me like I'm total scum, like I've dug his Mum up, cut out what's left of her genitalia and made an omelette. I've yet to meet anyone else who has been less pleased to see me.

I'm directed to sit down and he asks me when my usual signing in day is.

"Not any more!" says he whist grabbing my sign-on bundle and preparing his tippex brush.

I mutely watch him begin to blot out the details on the card and listen to him tell me that it's going to be moved to the earliest slot possible with such vitriol that I'm afraid I'll get burned. He doesn't know I have an ace up my sleeve however - as soon as I'd passed my viva, I was formally offered a place at one of the biggest Uni's in Switzerland in a charming city near Geneva right by the Lake and very close to CERN. I do not care when my slot is being moved to - I'm emigrating in a few weeks time and because I'm a literal cunt sometimes, I only answer the questions he asks me.

Q. *still rubbing tippex over my card like he's got some kind of correction fetish* So, what have you been doing to find a job?

Nothing - I was offered a job in Switzerland yesterday, I'm moving there next month.

The tippex brush pauses, now unsure if it's doing the right thing. It slowly withdraws to it's home and is screwed in tight.

It's like the guy is in shock, someone *got* a job? He immediately turns into the nicest person in the world - asking me about it and getting really interested in what I do and how I got started off doing it etc.

Meanwhile a black pen snakes it's way to the card and starts scrawling the original sign-on times over the half-tippexed details. It's messy work because it's not all dry but it makes it in the end.

So, despite wanting to piss this guy off because of the way he treated me (admittedly, I was late) I remembered all the people in the waiting room and at the sign-on desks. The people whose blatant stories of unlikely bus-mishaps and tissue-thin lies I overhear fortnightly. I realise that it must be a really shitty job to deal with people like that daily.

So I gave him a big smile, shake his hand warmly before I leave and hope that he doesn't take his troubles and attitude home with him.

Then I revert to a miserable cunt as soon as I walk out of the building into a cloud of charva smoke and overhear discussions about who should go from big Brother.

It's been nearly three months since I paid the last of the bills from that episode where you nearly got us evicted from our flat, you owe me €200 - answer your phone and your emails and pay me back.

Thanks for fucking up the last few months I had with my gf before she moved away. Thanks for leaving food to rot in the cupboards - the moths we found merrily making it their home were great company. Thanks for making me doubt the kindness possible in people, I guess some people are just selfish cunts.

Thanks for leaving me to sort out all the flat stuff, having to go to court and work out what the hell was going on in a language I can't speak too well.

I try to be a nice person, but you just make me want to lash out and pass on some of the hurt. It's not going to happen though, I'm better than that.


I know it's only €200, and I've pretty much written it off already but for some reason this really bothers me, so just pay up and then fuck off you selfish slag.

Thank fuck you've moved out and I've no longer to deal with your specific breed of mental or hear your high-pitched sex-noises. Life is so much less complicated without you fucking things up.

Barry
It makes my blood boil when I see you make the same spelling and grammatical errors time and again.

Don't bitch when someone changes your LaTeX in cvs, it's because you can't write for shit and there's no way in the world any self-respecting person would put their name on something written so carelessly.