Scarred
A few months back several mates and myself were at a student bar getting a few too many beers in, as students in student bars tend to do. We were sitting round a particularly large table chatting (I would love to say we were discussing the current state of the global economy or some sophisticated issue but it was probably about shagging, but I digress) and one particular chap, who we will name Dan for the purpose of the story, was texting on his mobile phone. He finishes the text, places his mobile on the table, and shuffles off to the gentleman’s room to take a leak.

Spying the phone left foolishly on the table, a second member of the group, my housemate Matt, grabbed it grinning like a Cheshire Cat, and after a brief twiddle with some of the buttons, replaced it back on the table with a smug look in his eye. Assuming he had found some gem of a text in the inbox, I settled back in my chair waiting for some sort of hilarious find to be revealed.

Dan returned several minutes later, looking somewhat lighter and relieved, picked up his phone, put it in his pocket, and the conversations continued (still talking about shagging no doubt). A few moments later, Dan fished his phone out of his pocket and began reading a text. Suddenly his face drained and he quickly shut his phone, looking decidedly nauseous.

“What’s wrong mate?” We ask, concerned for our friends wellbeing.
“Ummm…” Dan hesitated “Just got a text saying “looking forward to your big cock inside me again this weekend.” That’s all I read before I deleted it... It was from my Mum.”

Cue uproarious laughter, name calling, and all the usual mature reactions you can expect from such a revelation. Dan at this point was looking rather pale. The phone went off again. Picking it up and taking a deep breath, he looked at what it had to say.

Suffice to say the rest of the night consisted of ripping into Dan and his mother, which everyone enjoyed immensely, except for Dan who was pretty pissed off at this stage and was looking like he would rather be in a Soviet Gulag than trapped in a bar with us lot.

As we were walking home I asked Matt what he had found on the phone that made him grin so much.
“Found?” Enquired Matt, “I didn’t find anything. I just put my number into his phonebook and stored it as his Mum’s. Then sent him a couple of cheeky texts…”
I wish I could have seen the next meeting of Dan and his Mum, Dan waiting for his Mum to drop the bombshell and his Mum not having a clue about the whole thing… 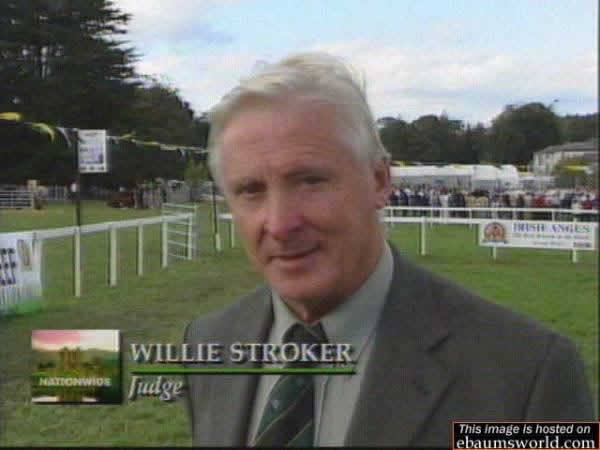 Ladies and Gentlemen, may I introduce to you a revelation that will change your life
Technically this isn't a conspiracy theory. As I know its true. So its fact. The antichrist, as depicted and predicted in the bible is in fact among us. But not as an individual...no no no... it is far more devious... it is in fact a company, a company whose evil is only exceeded by its power…I am of course talking about…Apple!

Now, whilst many of you no doubt already harboured fears that this is the case, there will be some sceptics among you who are not convinced by my (in)sane accusations. Therefore I present to you the evidence that allowed me to reach the unavoidable conclusion that this is the case:

1. In the Garden of Eden, the reason for original sin (as depicted in the bible) was because Adam and Eve ate the fruit from the forbidden tree of knowledge. What was the fruit from that tree? That’s right, an Apple. Coincidence?

2. One of the main product lines of Apple is the ipod touch, the iphone, the ipod shuffle, all I,I,I An element of Satanism is that you should look after yourself and fuel your excesses- also all I,I,I. Seem a bit too similar don’t they? Coincidence?

3. Continuing on the I theme, a rather famous logo is often associated with evil. That logo is the All Seeing Eye, pronounced the All Seeing I! Coincidence?

5. Apple is an anagram of satan. Coincidence?

6. Apple begins with the letter ‘A’. A rather famous, evil internment camp called ‘Auschwitz’ also begins with ‘A’. Coincidence?

8. Apple contains no letters in common with the words ‘good’, ‘god’ or ‘fun’. However it does share letters with ‘bad’, ‘evil’ and ‘total global domination’. Coincidence?

So there my friends, now you know. Now you know the great evil that is sweeping the globe, but I fear it is too late. Even now as I sit here, in my lead lined basement, furiously writing by candlelight, I know they are coming for me, I am just waiting to hear the fateful knock on the door. I can’t hide forever, I am no fool, but if just one person heeds my warning and is prepared for the future then I am happy. So long my friends, and good luck!

Bed Time
My parents were always pretty strict on bedtimes- before the age of 11 I would be in bed at 8 o'clock most nights.*

However, I also have a younger brother, who is 6 years younger than me. Now, our Sunday night 'treat' would be to watch the ITV drama/soap Heartbeat**, which my sister and I loved, and we would be allowed to watch even though it finished at the dizzyingly late time of 9 o'clock! Get in!

One small snag though, the little terror of a little bother (o what wit!) who would insist that he be allowed to watch it too, despite clearly having no idea of what was going on due to his tender years of age (5). What to do? Well clearly my parents were not going to let him up much past his usual bedtime (7 o'clock), and whilst 8 o'clock was borderline acceptable, allowing him to stay up until 9 was certainly not going to happen!

However, ITV came to the rescue through an unlikely saviour...the advert break! So Sunday night would go thus: we would all pile into our front room to watch Heartbeat at 8 o'clock. 15 minutes in the first advert break would kick in. We would all exclaim in loud voices what a great episode it was, and then 'go to bed', taking my brother with us. Then, with Blackadderesque cunning, my sister and I would come up with an excuse to go downstairs (normally to get a drink, he never twigged) and would happily watch the remainder of the program safe in the knowledge the brother was blissfully unaware of our diabolical slyness as he slept. The poor kid thought that Heartbeat was only 15 minutes long until he was 11 and found us out! Bless.

*I don't consider this to be a particularly bad thing, whilst obviously I moaned and wailed about this through my teeth at the time it definitely helped me to do well at school as I could keep my eyes open! Additionally the theme of early bed times is the only tenuous link to over protective parenting. Which isn't necessarily over protective parenting. No apologies for confusion or content. Trading standards have been informed. .

Knowing that
the reason we were in the petrol station was so my mate Dan (not last week Dan) could buy some condoms, I decided to run up to him when he was in front of the cashier with a cucumber telling him we "would probably need this as the old one was getting a bit worn". Dan was not pleased. The cashier cracked up. Good times... He got his own back later though which is another story for another week...
(Fri 7th Aug 2009, 9:51, More)