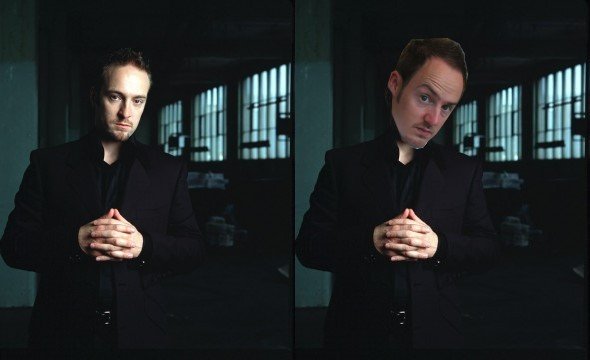 I once wrote to Stewart Lee
To ask him if he could sign a copy of his then latest DVD for my mate who is a massive fan.

To my surprise, he not only signed and returned the DVD (admittedly by way of a giant cock drawn in permanent marker on his own head, as well as his actual signature) but also thoughtfully included a pack of chalk.
(Thu 5th Dec 2013, 16:51, More)

Phil Collins will only accept one-and-a-half sugars in his tea
My mum was going out with his mechanic at the time, so I tagged along once to lend a hand.

Mr. Collins himself wanders in and asks if I wanted a brew, I said yes, he said "Me too - the kettle's over there. Milk, one and a half sugars cheers."

"One and a HALF sugars?" I asked, to verify.