Mictoboy did this of me!

www.orakai.com
Our Band - If you like your metal hard and a laugh and a giggle you'll love this!

My Leaving Email By Evil_Badger

ME!!!
Mictoboy did this of me! 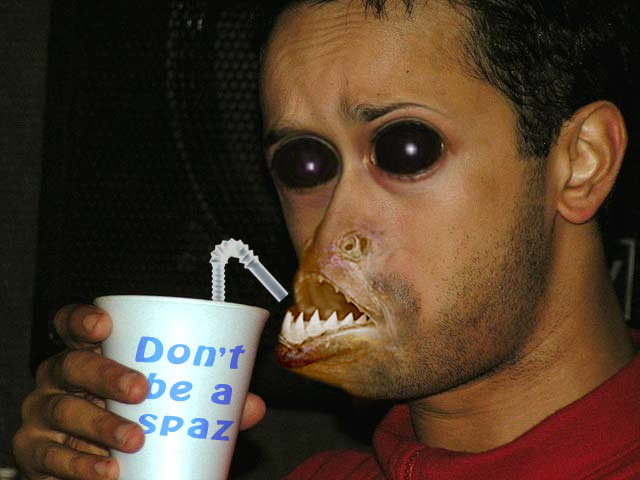 A wierd - yet amazing poem by Kitten:-

"What a rush.
I think I have a crush on you.
Let's go brush up against
each other in a bush,
where we will mush
until I shall splush all over your face."


» Have you ever started a fire?

i forgot!!
dont ever forget the one where my dad confirmed to me that if i just let myself go the bike would drive itself. So i shouldnt be scared and i should go for it.

Lying Goits
When I was a kid my dad told me that electricity pylons were actually called "lifters" and were used in extreme car crashes to lift wrecks off roads. Scared the hell outta me.

Also when I asked about why i had no money from the tooth fairy, he told me that there was no tooth fairy, but that Mr Jack (my goldfish) crawled out of his tank at night and stole the teeth. I hated that fish from then on until i found out the truth and then I had the biggest guilt trip.

THE WORST JOKES
I'm a master :)

what did the Deaf Dumb Blind girl get for xmas?
Cancer

Whats the best thing about fucking 28yr olds?
there are 20 of them