Due to recent image theft I must point out that this: 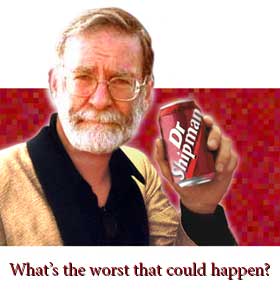 was done by me.
Ithankyou

UPDATE:
Until my webhost kicks back into life here are my frontpagers (damn the archiving for not letting you edit posts) minus the latest - can't find it. 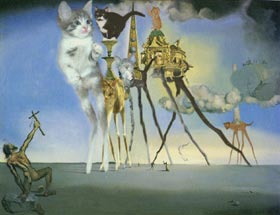 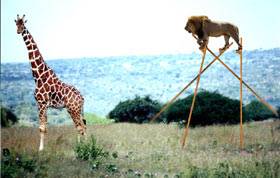 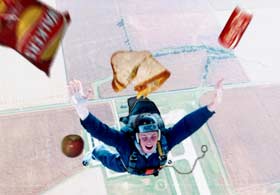 Bit of a biggy

They won't leave me alone!

Time for the pub, methinks

Those who were up
sucking blood on messenger last night got a preview of this. For the rest of you who are spending the day hanging upside down asleep here on the board, I present... Photographed by my missus in Bradford

We all like to give our prezzies
a squeeze and shake to guess what is in there.
One year I recieved a present from my now recently deceased grandfather which I really had difficulty in guessing (frankly unless it is a cd or a Toblerone I always get it wrong anyway).
It was soft under the paper. Spongey but with a hard core. It wasn't big ~5"x2"x2" but had a bit of weight to it - a good pound or two.

After a fair amount of umming, sqeezing and shaking I gave up and opened it.
It was a large jar of marmite wrapped in a pair of socks.
(Wed 2nd Dec 2009, 2:29, More)

First time
I was about 16 and had a part time job at a supermarket stacking shelves, cleaning and other menial shit.
When my 2 week probation was up I was informed that I "didnt have a future in supermarket retail".
Gutted. No, really.

Second time, working for a village off-licence.
Apparently there were hundreds of pounds missing from the till every week and we were underperforming. I knew all the people working there and none of them were stealing cash (although we would have a bag of crisps or chocolate bar every now and again with out break). We were underperforming as it was an expensive offy in a small villge.
Anyway the brass decided to fit hidden cameras in the stock room.
I was sacked after a disciplinery for taking a bag of crisps. Yep, a bag of crisps.
Some of the others were sacked for snorting speed off the managers desk but that is another story.

Funny, but they weren't so concerned about us when a guy comes in with an iron bar threatening myself and the pregnant girl I was on shift with because we wouldnt serve his obviously underage girlfriend.


Oh, I was also made redundant a week after the (small)company's bosses called us into a meeting and told us that there was £16 mill in the bank and that everything is doing fine and one week before I was due to sign on my first mortgage contract.
(Thu 23rd Feb 2006, 14:46, More)

Rubbish
Some (OK, many) years back myself and my 2 housemates ran a Counter-Strike clan. It was moderately popular and our two servers often had many regulars.
One day one of the guys we had been playing against told us he worked for a production company and they wanted to do a segment for (presumably now defunct) Dot TV on online gaming. As we had a good reputation and seemed personable he wondered if we would be up for an interview.
For some reason we agreed and arrangements were made.

Being three twentysomething males living together working during the day and playing CS all night the house resembled a street in an Indian slum. Great efforts were made the day before to gather all the rubbish, pizza boxes, dead rodents etc, and placed into bin bags. As they wanted to film us playing the games and them talking about it in front of our PCs we figured we would dump all the rubbish bags and other stuff we didnt want on-screen into the living room which was a bomb-site anyway.

The guys came to film. We would do a practice runthrough first.
He asked the questions, I answered fluidly, eloquently and interestingly.
Immeadiately we do a rerun, this time filmed. I amswer stagnatedly, mumbly and like I have an IQ of 4.
The other members of the household (and other, local members of the clan we asked over) do their bits and all is good...

...except, the filmers want a final group shot of us all together eating pizza and having a good time.
The only place we can do this is, yep, the living room. "Dont worry" say the film crew, rapidly running out of time and herding us into the room "It will be a quick pan shot". They assure us it wont be on screen long enough for anyone to notice it looks like the municiple dump with windows.

We probably would have got away with it if the Men at work sign purloined from a recent drunken stagger home hadn't done a really good job of reflecting the lighting like some sort of silver beacon.

A year or so later we also were on short-lived gaming show 'Mercenaries' hosted by Mr Gadget, professional baldy Jason Bradbury, lured with promises of playing CS for prizes.
A team of us trooped down to Londons Playing Fields where we were informed there would be no CS and instead some games we have never heard of including a flight sim which we had to draw straws for the unlucky team member to play.
It went downhill from there.
We were trounced by a group of schoolboys.
One of our team had his manly online name misheard and put onscreen as something like it was out of the Carebears.
The prize cupboard was mysteriously 'locked' and no-one could find the keys. Prizes would be sent on.

Bradbury, if you are reading this, we haven't forgotten! Message me and we can arrange where to post Suzi Perry. I may accept a 'win' of the Gadget Show prize as an alternative apology.
(Thu 11th Jun 2009, 21:03, More)