Atheists
1.since this question is gonna bring out the stereotypes...i hate stereotypes, but i'm gonna post one anyway...

Atheist: rah rah i hate these christians (it is always christians, never buddhists or hindus, because these religions cannot be argued with in a scientific way) they think they know everything, but if you press them about it, they can't explain. they just believe what they're told!!
modern science completely debunks the christian religion! it was the big bang that started the universe...

Q: could you tell me about the big bang?

A: well yeah all the matter in the universe was compressed and then it exploded outwards

Q: can you explain why?

Q. can you explain how life was formed?

you know
there is enough food in the world to feed everybody. but rich countries take it all. why? because food is a commodity and if you can't afford it, you can't have it.

sentinel
yesterday i'm doing some inane corporate induction course on the company intranet (large telecoms company), which has to be one of the most useless things i have ever done, as the only thing i'm learning is that everything i heard about corporate speak is true. One of the bits of company advise or whathaveyou is something along the lines of "be friendly and helpful to your co-workers, as this helps create an good working atmosphere and will maximise our potential". If that wasn't patronising enough, a little factoid box at the bottom of the page suggests "why not try being friendly and helpful outside of work, to your friends and family as well?" cheeky bloody...
(Fri 20th Oct 2006, 23:00, More)

i would have just quit the job
this happened about a week ago at a place i used to work, essentially an office job.

one of the girls who had been there a while was training one of the new starters. well she must have gone out for a cigarette or something and left this guy alone at her computer...

a bit later she checks her sentbox and finds that a picture of her (which she herself had uploaded onto the computer for backgrounds or whatever) has been sent to this guy's home email address! this spreads around the office quicker than his face could turn red and he is called into the managers office to explain himself. how embarrasing!
(Fri 2nd Feb 2007, 12:47, More)

I love you- show me 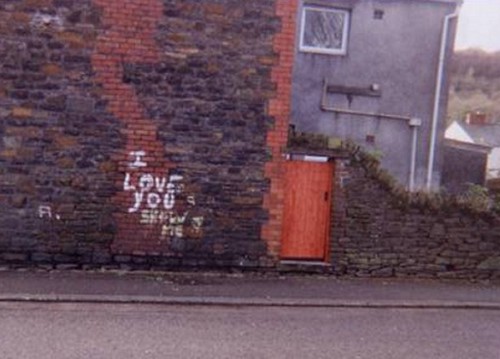