the alphabet for kids

dinosaur game! it's for little kids,
but stoners big people like it too.


SUPERHAPPYBOARDEVENTTIME!!
Rules:
1.) bonus points for originality
2.) bonus points for looking like a kickass, ninja motherfucker
3.) bonus points for effort
4.) materials that are to hand only
5.) the judges decision is final, unless you have a deathray in which case we may negotiate
6.) points awarded for damage, control, style and agression
7.) sexy robots are encouraged 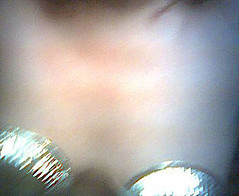 bored? want to see the other FPs? click me. a nice long one. the other mascots finally had enough of Jack's behavior

Upon seeing the organ donor sticker
on my driver's license, an actual adult once told me that after I'm dead not having all of my parts would make me too sick to survive in heaven.
(Fri 7th Jan 2005, 3:46, More)

ok, this was posted in the misunderstood QOTW, but relevent.
Around age three or so I was boarded out for several months while my mother recovered from surgery. I stayed with family friends who had just moved to the area and had very thick accents. Their verbal influence shall we say truly fucked up my burgeoning vocabulary.

Shortly after returning home, as I played with pots and other sundry utensils on the kitchen floor, a cast iron skillet suddenly burst into flames on a burner someone had inadvertently left on.

Shrieking "FIRE FIRE", I ran to my parent's room only to have them try to fob me off with the likes of "Don't worry, it can't hurt you" and "It will go away on it's own".
Not until the smoke started to billow past where I was still jumping and shreiking and into their room did they realise that I wasn't screaming "SPIDER SPIDER".

I'll never forget the sight of mother trying to douse the fire with teacups of dishwater (which of course made the grease fire worse) or father flinging that flaming skillet through the window with the remnants of the breakfast sausages flying out of it like miniature meteorites, in turn starting small fires of their own.

The moral of the story is twofold. Never ignore your child when they are frightened, no matter how silly it may seem and always open the window before attempting to toss flaming objects through it.
(Thu 3rd Nov 2005, 16:44, More)

At a pension in Brussels
a traveling companion complained about having to take baths as he preferred to shower and hoped the next place we stayed at would have showers. I pointed out the door marked "douche" and said he'd find the shower in there.

He got angry at me as I was "clearly taking the piss and he did not want to be subjected to the sight of a room full of feminine hygiene apparatus".

He also thought Europe was crammed full of lesbians due to seeing lots of ladies taking their evening walks arm in arm.

And one more thing, those weren't funny little hidden fountains, they're where men go to pee, so if you're still showing those pictures of "public art" to whatever new group of people you're inflicting your presence upon, I hope they all quickly recognize you for the ignorant cunt you are.

Some years back
in Cambridge (US, not UK) there was a city ordinance that bars and clubs had to have condom vending machines. For some reason, they were always in the gents never the ladies, but I'm not shy ; ). Anyway it seems there was one company supplying a lot of the places and they used free standing dispensers. You could easily pick these up and shake out all the coins and condoms. Kept me in pints, supplied me with laundrymat change and more than took care of my birth control needs for about a year until they wised up and started mounting them on the walls.


walking through the week-end open air produce market in chef whites and clogs is always good for free samples. "hey chef! hey chef try this!". usually good for the makings of a weeks worth of vegetable soup.

tip - say you only have a little cash and you really only need
* insert something exotic or just out of season* for tonight's menu and will be sure to come back next week for some of their lovely wares.
(Fri 8th Oct 2004, 22:14, More)