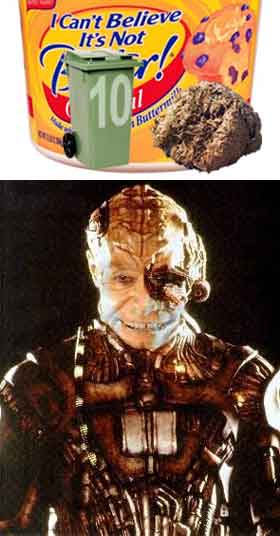 Mouse over for the pun. You won't be happy that you did, though. I wouldn't bother. It doesn't deserve its own thread. In fact, it doesn't deserve a post. Even in response to a link post. It should have been buried at birth, except that it never should have been created in the first place. In fact, any universe which spawns that pun should be destroyed on the grounds of wasteful creation of entropy.
(Pie of Meat ___°¬¯O¯____\o/_____/\_,____Y¯¯Y, Wed 21 Feb 2007, 0:51, archived)

i thought it was quite good

although I wouldn't recognise the bloke anyway.
(

But probably about 20 years ago now.

I do find these face matches interestingly tricky. The blend modes in tattyshop never seem to do quite what you want.