Hello. Well I am honoured that you feel the need to look in my profile. I don't have any pictures of me in here any more

because I have a funny shaped head.

I live in Leicester, which is about as far away from anything else in England as you can possibly get.

You can tell a lot about a person by what they have on their iPod. Perhaps you would like to see what's on mine? Have

a look here then.

You can add me to your MSN buddy list with [email protected] (Don't send email here, it all goes in the byte

Analogue Daydreams One of my better

ones.
Jarre-esque It's supposed to sound

like the great Jean-Michel Jarre.
Stuck Inside Monday Boards of

A couple of years ago I went to the Derby bash organised by the lovely Jessie. I have made a page containing the

photos I taken on the night. If you want to see it, click

So far, my work has appeared 25 times in the b3ta newsletter. Here they are:

DOGS CAN FUCK OFF
Dogs are shit, it's a well know fact. Even the RSPCA think they are whiney, stuck up cunts that deserve to be killed.

Here is the proof, in dogumentary form. Eat that, Lassie and Shnorbitz.
http://www.markta.co.uk/flash/dogs.swf


EXPRESSIONLESS GIRL
"Last week we linked to a series of photos of a young lady whose expression never changed. Many of you were

disappointed as the site went down shortly afterwards. Thanks to B3ta reader markta who grabbed the pics and stuck

them into a video loop which really makes the point
about how bloody odd these images really are"
http://snipurl.com/expressionlessgirl
If you want to see the original thread when I posted the gif on the message board, you can click here.


CRAP DJ SKILLZ
"Bad is the new good, that's what we're hearing. Black Moon has been trawling the DJ booths of the nation and was

lucky enough to catch footage this fellow - the toast of UK clubland.
http://www.markta.co.uk/wankr/vid/dj_wankr.mpg
I posted this on the board too. It got an odd

reception from most people.
Here it is on YouTube:
http://www.youtube.com/watch?v=ikMC2UVpj3A

episodes recently and "All my childhood memories were shattered in an instant. It's not the brilliantly ground-breaking,

stunning and enthralling program I used to enjoy, It's embarrassingly awful." So as a tribute he redubbed it with a new


BAD PIANO PLAYER
Props to Black Moon for this short and amusing gag. Dunno what else to write so here's three facts about pianos pulled

from our arse: 1. Cats love walking on them, especially when they're hungry, 2. ALL blind people are brilliant at tuning

them, and 3. Oh gawd, there is no three. How about a joke pulled from Sickipedia instead? A horse walks into a bar and

the barman asks 'Why the long face?' To which the horse replies, 'I have AIDS'. Yes, it's THAT type of newsletter this


DOCTOR WHO NASTIES
Thanks to Black Moon who's glued together some clips of Doctor Who, with David Tennant starring in another drama to

create something that would make Russell T Davies spluff.
http://www.b3ta.com/links/Doctor_Rude


VADER HAS SOME FREE TIME
The Dark Lord of the Sith kills some time in his little techno-pod. Circa 1982. Black Moon wins 50 points for extended


MENTOS AND COCA-COLA EXPERIMENT
"Quite dangerous, isn't it?" asks Black Moon, as he posts this documentary proof.
http://www.b3ta.com/links/Mentos_and_Coca_Cola_experiment


I USED DIET COKE THIS TIME
"Black Moon, whose excellent Coke & Mentos vid we featured last week, writes, "I had too many comments about the

last one being normal Coke and not Diet, so I felt compelled to do another variation on the theme." Oh Black Moon,

Black Moon, pandering to internet pedantry is truly the way to insanity.
http://www.b3ta.com/links/I_used_Diet_Coke_with_Mentos_this_time


WHAT'S IN SPOCK'S SCANNER? - PART 1
If you've ever wondered what Spock looks at when he stares into that tiny screen on the Enterprise bridge, wonder no

more! "This is part one in a series," predicts Black Moon, "(if this one does well)."
http://www.b3ta.com/links/Whats_in_Spocks_scanner


WHAT'S IN SPOCK'S SCANNER? - PART 2
"I said you guys would be the first to know when part two was ready," rasps Black Moon. "I've literally just uploaded it


HOW TO AVOID GETTING HIT BY A TRAIN
"Parked your car on the tracks by mistake and you haven't got time to move it?" asks Black Moon. Here's how you


THROUGH THE VIEWFINDER
"If you don't like the scenery... change it," explains Black Moon.
http://www.b3ta.com/links/Through_the_viewfinder


SIGNS 2
"Road signs come to life, in this charming little film from Black Moon. "It took much longer than I expected it to," he


TYLER'S POWER KICK
"Like every proud dad says, 'He'll be playing for England when he's a big boy!'" coos Black Moon, with another pithy little special

Cyriak, except his head doesn't split open and a thousand goats pour out.


BLACK MOON'S CHRISTMAS 2011
"This is how my Christmas went," writes Black Moon. Remind us to avoid him around his birthday.
http://www.b3ta.com/links/Black_Moons_Christmas_2011


HOW TO REMOVE ADS VFROM VIDEOS
"I could teach you, but I'd have to charge," chants Black Moon, gleefully. More mind-melting SFX trickery.
http://www.b3ta.com/links/How_to_remove_ads_from_videos


WHAT'S IN SPOCK'S SCANNER PART III
"The third and final part of my Star Trek editing endeavours," explains Black Moon, who clearly doesn't believe in describing things as a

trilogy. A sublime 10 minutes of dialogue-free gags from the Original Series.
http://www.b3ta.com/links/Whats_in_Spocks_scanner_Part_3


CAT vs LAWNMOWER
"A close shave for stunt cat," sweats Black Moon. Don't worry, readers - eleven cats were harmed in the making of this video.
http://www.b3ta.com/links/Cat_v_Lawnmower


THE FLATULENCE SYNDROME
Star Trek fartfoolery from Black Moon. You love it. Heaven help us, you absolutely love this stuff. (We like it too.)
http://www.b3ta.com/links/The_Flatulence_Syndrome


PROMETHEUS COCA COLA PRODUCT PLACEMENT
"I got the rough idea from another user on YouTube," confesses Black Moon. "But I thought I could do a better job of it." Ah, the great, transformative taste of Coca Cola. Pepsi only rots your teeth, gums, stomach-lining and will to live.
http://www.b3ta.com/links/Prometheus_Coca_Cola_advert

These are not in any particular order, I love them all dearly.

Yes, I will, Her English is impeccable too. RIP Nina, love always.

Comma : For her colourful

additions to the English language.

artwork again, I still wish I could draw like that.

Mystery Bob : Some of the best,

Felix : Very helpful on the night of

the crane fly. Nice animations too.

originality. The Ikea instructions were great.

Zoot : I won't say anything bad

with some bizarre ideas.

screensaver got me here in the first place. Do I thank him or blame him?

But in a good way.

mutated monty : Teh master of animation, say no more.

I will be adding to this list as I think of people.*

*Probably. If I can be arsed.

It occurred to me last night the way they cradle the ball looks like... 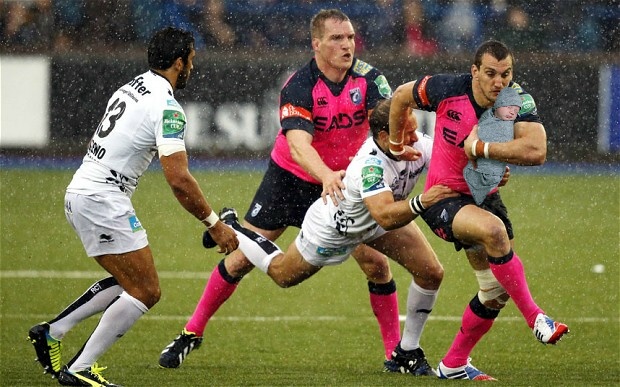 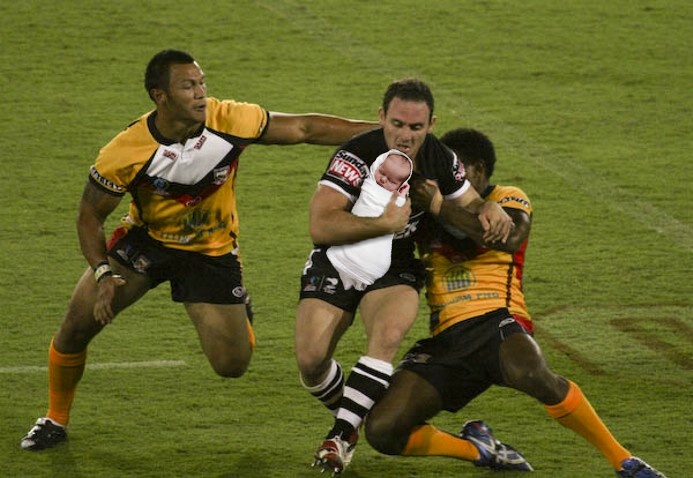 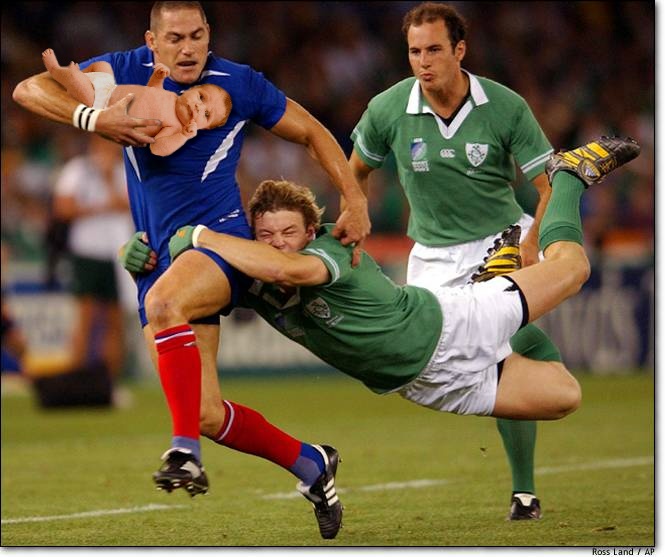 Shirley I'm not the first
to think of this. 
Neil thought some of the tests were a bit silly..... but fun. Training for the Apollo missions was a long and gruelling process

The last thing I said to my mum
was "See ya tomorrow" and I closed the front door, got in my car and spent the night at my girlfriend's house. When I came home from work the next day, I did see her as promised, but she was face down on the kitchen floor. She died at about 11am from a Subarachnoid Hemorrhage. Very unexpected. That was 1994, and I still really miss her. Love you mum.
(Sun 14th Feb 2010, 11:50, More)

I think this was in my local paper...
apologies if it was a national and you have already heard it.

A guy was working, operating a CNC guillotine without the guard, He cut his thumb quite badly, and after the company doctor cleaned him up he had to show the boss exactly how he managed to cause himself the injury. He stuck his hand in it again, said "All I did was this", Pressed a button and lost two fingers.

I was in Mallorca last week,
I was having a drink and attempting to dance with young attractive ladies. Suddenly one of the girls grabbed my shoulders and turned me round to dance with her mother.
(Sat 30th Oct 2004, 4:32, More)