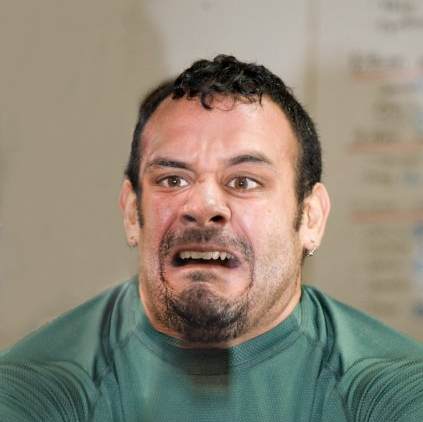 
An old pea for an old legend. RIP Barry. 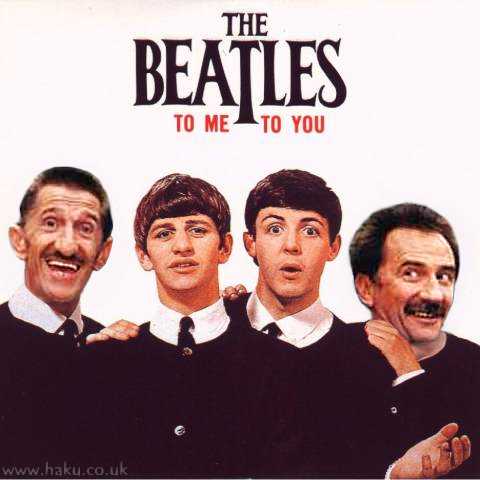 11 is so last millennium

I was once the stuntman for Songs of Praise.

Three lads down on the beach on a summer day, drinking, fooling around, then they see this young woman sunbathing on the beach, only she's a quadriplegic.
They start daring each other to go over to her, the first lad says "'ere watch this" and the other two stand and watch as the first goes over to the woman and asks her if she's ever been kissed. She replies no and he asks if he could which she replies yes so he does.
When he got back to the other two lads, one of them goes "you think that's daring?" and goes over to the woman, asks if she's ever been groped, again she says no and he asks, she replies yes so he does and then goes back to his mates.
The third lad realises he's got to out-do the other two so goes over to the woman and asks if she's ever been fucked, no she replies, to which he says "well now you have, the tide's coming in!"

YouTube
I once complained to YouTube that putting the pop-up menu at the bottom of the video with links to other related videos appeared during the playing of a video when the mouse hovvered over it (before the video had finished playing) which was embedded in a 3rd party webpage was misleading in that it could make viewers of the website think the other videos were put there by the same person who embedded it in the webpage.

They only went and emailed me back saying they understand what I meant and stopped the related-videos-menu appearing during playback of the video! I was a bit gobsmacked actually.

Sorry I haven't had anything interesting to complain about, I don't usually complain to corporations because I know it will usually fall on deaf ears.
(Mon 6th Sep 2010, 3:33, More)

Stroud's Bus "Station"
A few years ago the fuckwits at Stroud Council decided to sell the bus station so we can get a shiny new cinema with a bowling alley on top (which I've heard the bowling place is going to close next year because apparently it's running at a loss...)

How did they solve the problem of no new place for a bus station? they thought, "fuck it, lets just use the main road", several bus stops either side of the road with pedestrian traffic lights at each end - chaos during the morning/afternoon times when the school brats go to/from school. 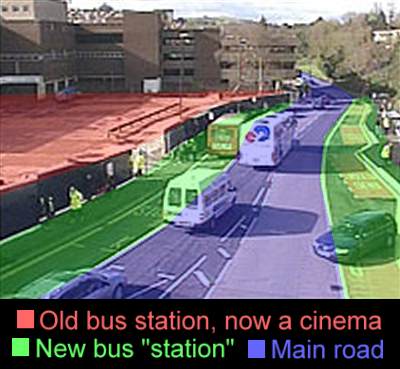