Gospel according to Backpack : 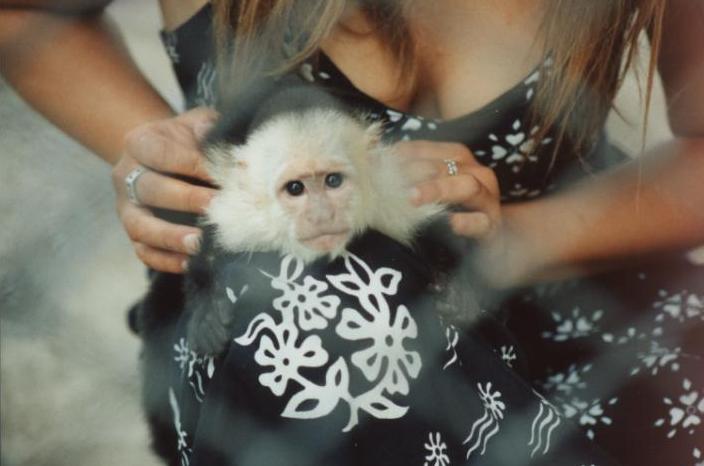 Dr Who's K-9 factory had many secrets... I haven't been posting much because of this... The collected notes of a professional kidnapper Electric Queen Mum
My rudimentary knowledge of physics tells if you sandwich two dissimilar metals and an electrolyte you make a battery.

Now, Queen Mam, gawd rest her soul, will be buried in a lead lined coffin (like all royals who aren't toasted). Coupled with titanium of her hip replacements and the general oozing that bodies tend to do we may well have inadvertantly created a 5 foot wet cell battery.

I think we should harness this energy. Whilst it's not likely to be huge in quantity, I think we could at least rig up one of those blinking red lights like on the Pulse CD box set. That way her "beauty"/"winning smile"/"whatever crap the BBC are claiming she was today" can shine on for that little longer.
(Tue 2nd Apr 2002, 10:55, More) Physical comeback
I was on an empty bus, going a couple of stops. I'm sat in the "please give up your seat for disabled or elderly people" bit, with a big heavy bag full of my evil plans.

Two perfectly spritely old gimmers get on and sit in the seat behind me and start slagging me off for it, "No respect" etc. etc. despite the bus being empty and my being there not inconveniencing their little old lives in the slightest.

So, I get to my stop, turned round and scowled at them and then proceeded to get off the bus dragging my leg behind me in the manner of a disabled type. That shut the old bints up. I kept it up all the way down the road, for authenticity.
(Fri 30th Apr 2004, 13:02, More)

ANZAC baiting
I once waved a fiver at Danni Minogue when very drunk claiming her sister would do it for a tenner. That, and various other drunken antics led to her legging it to a quiet upstairs bit of the bar.

So my mate then moved them all out of their nice quiet table, saying the upstairs area was closing for cleaning. He wasn't staff. Daft bastards.
(Thu 15th Apr 2004, 13:24, More)

Mini cab in Cambridge
Chinese guy, looking well tense as three scruffy student hippies fall into his cab. He looks edgy, I tell him [read in authentic chinese accent] "it's ok, we've got the money". He proceeds to drive, explaining "no, it's not young people I worry about, it's old bastards! people about 40/50 who should know much better!". "Last week this guy had me drive him straight to his house and he just ran off! I saw him go in, and I wanted to go back and stick a petrol soaked rag in his letterbox and light it!"

"Yes! I went back, and put it in but I didn't light it, because when I got to the door I could hear his children inside".

Phantom Dumper
I had a very boozy night out with some mates, and met up with a couple of girls who stayed over at mine with us. I did the gentlemanly thing by letting them stay in my bed, whilst I wasn't in it, without even vaguely pestering them to play hide the sausage with me.

Next morning we get up. Hungover to the point of being the critical list. All of us. I go to the bathroom and see shitty fingerprints on the wall by the bog. Evidence of someone in distress gripping for purchase. I found these smears rather disturbing. No one admits to them.

The girls leave, commenting that the flat smells of shit. Not the best impression. I have no sense of smell having imbibed all of the world's evils on the previous night. I set my friends on the task of locating the offending area.

Eventually we found it. A large black liquid dump on top of a bin bag by the front door of my flat.

Drunk and incoherent one of my mates had got up in the night, not found the bog, squatted and shat on a bin bag full of rubbish in my hall *then* realised what a mess he was in, staggered to and located the toilet, smeared shit up the walls, attempted to sort himself out and eventually returned to bed.

Neither of my mates admitted to it, but we had our suspicions. It was black and practically had a head on it, and one guy had been drinking guinness all night immediately after flying home from LA. The last thing I saw of him that night was him sat on the bed, vomiting into my favourite mug.

Instead of dragging admissions out of people, we did the honourable thing and we all dealt with it, in the manner a Hollywood moview where college kids commit some terrible murder and swear to never speak of it again.