Pour it in your ear, it'll last all yeaaar!

It's smooth and tangy with hairs a plenty.
Open it up and watch it get empty. 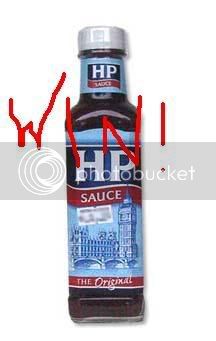 Isn't it really fucking annoying when you're on the computer.
And someone is just standing behind you, no reason, they don't even have to be looking at the screen. It's just really annoying.
(Thu 1st May 2008, 23:29, More)

My brother used to sleepwalk.
You'd put him in one bed and he'd end up with my parents by the end of the night.

When we went around the world, we went to the usa for a day to visit some second cousins. My brother had jet lag so he slept in the airport before we boarded our next flight. We didn't notice he'd gone missing until a rather obese man wandered up and said "Is this your boy?" My brother had sleep walked onto him. He must have seemed like a bed. Was about the same size.
(Wed 22nd Aug 2007, 23:19, More)

I set them up the bomb.

» Being told off as an adult

I'm in upper sixth, does this count? People say I have to behave more like an adult.
I've been told off a lot in the last year, many times by my mother. Many times by school for various things.

Last week I was told off for wearing black jeans to school by the head of sixth form. None of the other teachers care and I've previously worn them several times. Another breech of school uniform policy is to wear something that shows your shoulders. Many people wear clothes as such, it's a joke that if you show your shoulders in school, you'll get pregnant.

Among the list of things I've been told off for, one is not attending a 2 hour talk, which was described by my friends later as boring, on Religious Studies. I was immensely glad to be dropping this subject the previous year, as it was no longer compulsory to take as a subject. Unfortunately the teachers invented a law which says you have to go. I've researched on the web, and it says that over 16s can opt out of Religious Education. I presume this means any talks that the school says you have to go to. Well they gave me the whole "These people have come a long way just for you." talk and I was told to write a 2 hour paper on religion in the UK or something like that. I ended up writing a decent paragraph on the amount of jedis in the UK, and how they were discriminated against, and pulled the rest of the piss poor paper out of my arse.

I'd have to say the best time I'd ever been told off was in year 11. Form teacher was ace, if you saw him in the street you'd think he was 'ard. We were all surprised he'd never been a drill sarge. He was ace, you'd be late a bit, and he'd mark you as on time. He'd even put up with lots of noise in the class room, and help you with your maths homework. He told us stories about how he used to move his teacher's cars together so they couldn't get in. A fantastic teacher. A bit scary when angry though.
One day I found an e-sure stress ball at home. Must have come from a conference. When you squeezed it it said "Calm down dear, calm down dear" in the classic Michael Winner way. Click if you can't remember. We had great fun with this ball. We were constantly squeezing it in the form room, every five minutes "calm down dear". This went on for a couple of days, with "calm down dear". resounding throughout the school. One afternoon registration our form tutor had had enough. He shouted in his drill sarge voice "CLEO. GET OVER TO THE DESK AND GIVE ME THAT BALL." The whole room had gone silent, everyone looked to see what would happen next. I was used to shouting, having a mildly bonkers mother going insane frequently. So I wasn't fazed that much. I walked over to the desk, the white stress ball in my hand. I handed it to him, and he said the immortal words. "Do you find this funny?" Squeezes the ball "Calm down dear, calm down dear." It still cracks me up thinking of it. I sheepishly muttered an apology, held the laughter in as I went back to my place, and got my ball back at the end of the day, I've no idea where it is now.

My mother seems to believe the best thing to do when she does something, or loses something or anything goes vaguely wrong is immediately blame everyone else and insist nothing can be fixed in any way what so ever.