From the Population Challenge challenge. See all 76 entries (closed)

There is an amazing apostrophe offence on posters at work for an internal event. Nobody has mentioned it as far as I am aware. I'm not sure how much longer I can keep my silence!
(

with a permanent marker and correct them. It's the only protest that works.
(SnowyTheWereRabbit the Leporid from Hell, Thu 3 Nov 2011, 13:38, archived)

I may just be taking a sharpie to work
(

sharpie is not a generic term for marker pens

but I have a Sharpie. 4 in different colours to be exact. And a big fat black one.
(

you can still call them felt tips or markers

I don't refer to my scissors as Westcott or my highlighter as STABILO BOSS or my eraser as Helix.

That's all the branded stationary on my desk, although I'm amused to note that in one of the languages, paper clips are called trombones!

that'll be the French

they make a lot of noise when you

but surely such errors are a mute point?
(

for all intensive purposes, yes.
(

what is with all the malapportions?
(

I literally exploded when I read that
(

I'm gna loose my rag in a minuet
(

I should of known you'd think that
(

your having a laugh
( 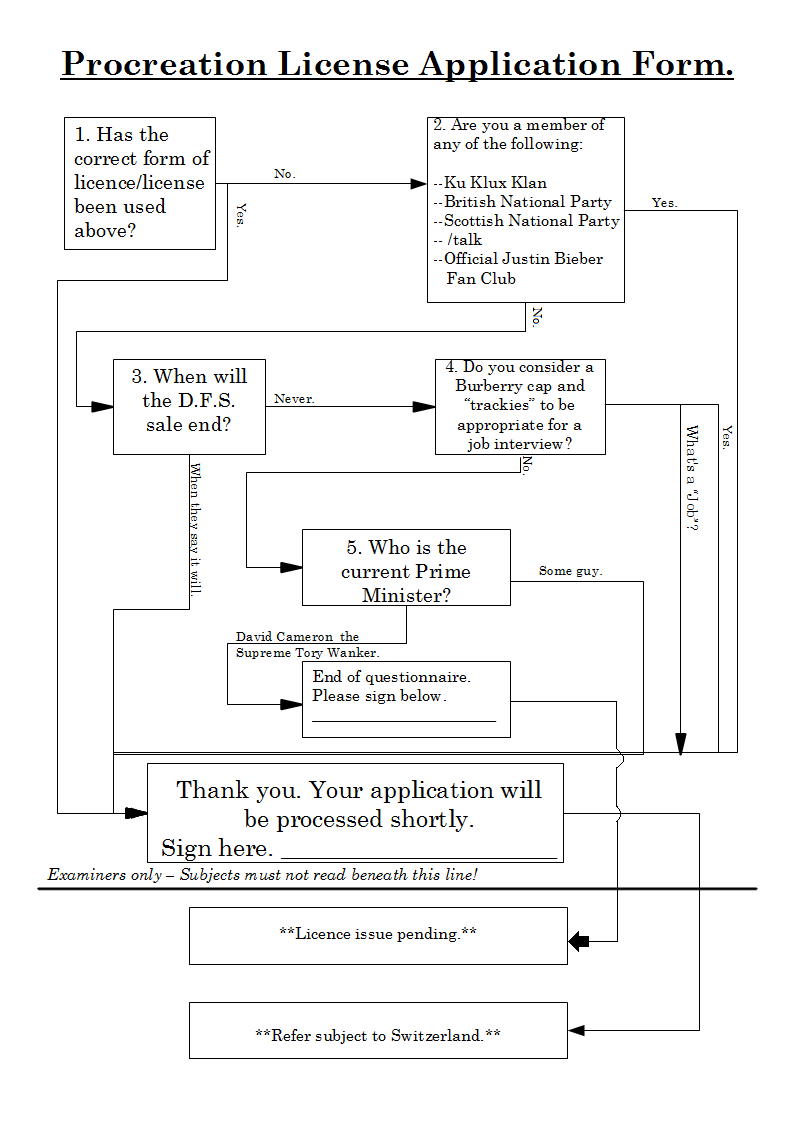 By the way...
If anyone can help me reduce this to a reasonable size (without it turning into a morass of pixels) I would appreciate the help. MSPaint isn't terribly good for such things and 'tis the best I have at present.
(

"License" is the American English spelling and "licence" is British English

However, the context of a premises being allowed to sell alcohol, the word "licensed" is used, as it's a verb.
(IHateSprouts is baking a huge pie shaped like an enormous pie, Sun 6 Nov 2011, 13:13, archived)