Computer games are supposed to be fun, but we never consider the grim reality of what takes place. Show us what remains in the wake of all that death and destruction: the heartbreak, the grief, and the tragedy. 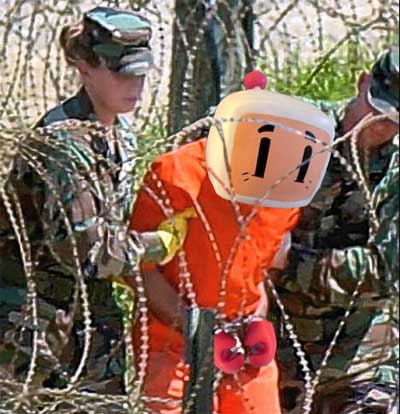 Delurking - surprised there haven't been more anims in this compo, although this took way too long.

Edit: was missing the last 4 frames (223 now!), now loops properly. Thanks for all the kind words and clicks!
(


fuck, I'm working until next wednesday :(, I'll have to pea. went for a coffee and missed all the loveliness. thanks all :)
(

Possibly the greatest game ever... suprised to see so many Elite posts!
(

I sicken myself sometimes. This comp is awesome
Took way too long - i actually screencapped everything from an emulator. Best old game EVER

may as well pea this here then

It had to be done (if it hasn't already)

I want a magic morphine factory in a suit :(
( probably will come soon, I think they're running out of ideas.. he had to find something else to do with the arrival of 16-bit.. It's no bomberman
but it'll do.