People who say "less" when they mean "fewer" ought to be turned into soup, the soup fed to baboons and the baboons fired into an active volcano. What has you grinding your teeth with rage, and why?

Crikey, I have an awful one
EYES.

I don't have a clue where this has stemmed from, but the thought of touching my eyes or having to try and get something out of my eye is actually gip-worthy.

People I know wear contacts and say they don't see what the issue is. NO. You're wrong. If eyes were meant to be touched, we wouldn't have eyelids. If it was ok to get things in your eyes, you wouldn't have that bloody protective barrier of hair above them to stop falling debris and the likes.

Some of my friends touch their eyeballs just to see me cringe and squirm. This is unacceptable behaviour. If I told them I don't like having things up my bum (which I don't, but I don't really have to say that, its normally presumed) they wouldn't just get their rusty sheriff's badge out and finger themselves, because it would be frowned upon. THIS SHOULD BE CONSIDERED THE SAME WITH EYES.

Anyone remember on Guinness World Records (the TV show) with those absolute FREAKS who could make it look like their eyeballs were about to pop out their fuckin' stupid faces? That is my personal idea of hell. Having people wonder around with giant bubble wrap faces where their eyes are dangling around. And my eyes being the same. Makes me shiver with disgust just thinking about it.

I had to have eye drops once, when I found out that I'm allergic to horse hair by my eyes swelling up to inconceivable football sized levels. It was possibly the worst experience of my life, having to be forcibly pinned down to have the drops, because I flat out refused to take them.

In biology at school we had to disect a sheep's eye. The smell was indescribable, and made an awful sort of popping noise when we cut into it. The eye cord (was too focussed on not being sick to listen to that bastard teacher Miss Golly tell us the proper names. Didn't like her before, hated her afterwards) was the most vom-inducing thing i have ever touched.

Just think about yours now. Just sat there in your head. Never really thought about your eyes before have you? That's right, feel sick.

i think about mine a lot

no
i can roll my eyes back in my head, it's great for freaking people out.
(

Aaarrgh! Demon!
*Freaks out at the thought of it*

Genuinely sends shivers down my spine!
(

5 operations, 36 years of treatment
and now cataracts. i'll piss people off with my eyes for as long as i still can! :D
(

You don't like having things up your bum?
What are you, some type of deviant?
(

What?
What just happened? Where have the last two hours gone? Why does my bumhole hurt?
(

Actual name
Spelling may not be right, but it was definitely along those lines.

This
has made me wretch. are you happy now?! I suspect you are, because there can't be too many other reasons why you post this. URGH.
( 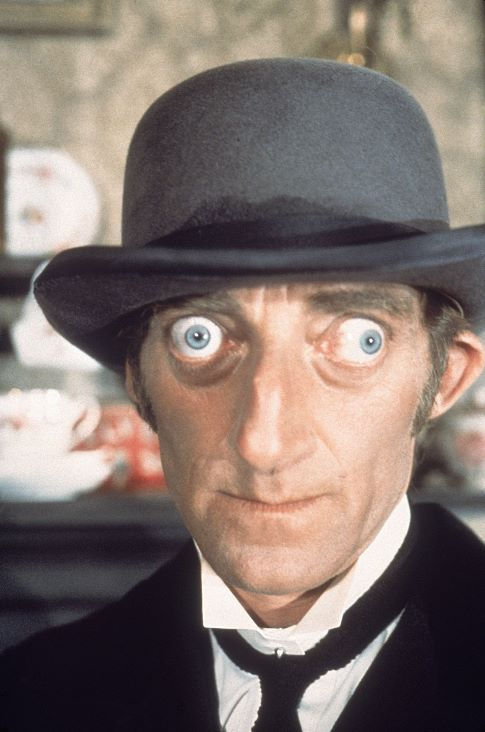 especially if you imagine him licking one of them.
(

That's got to be shooped.

I understand completely.
My fear, has a reason behind it all. Might date back to some imprinting thing where I had eye surgery as a kid but I remember the start of it as 'Who Framed Roger Rabbit'. The bit where the 'real' guy has his eyes go cartoony. The optic nerve (eye cord bit) is the scariest part of an eye.
(