This is where I produce my AAA+ class crap: 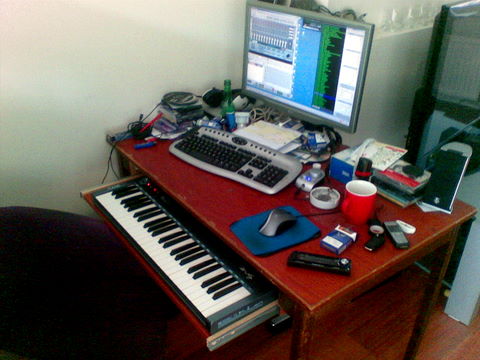 And this is me, being retarded aka my normal self: 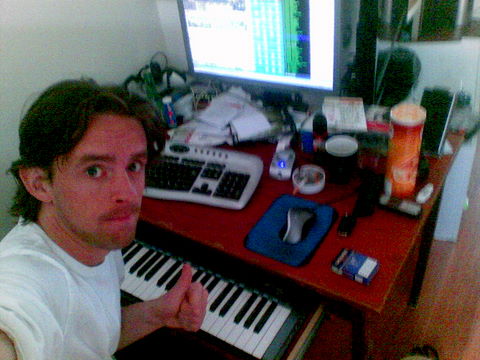 Claim to fame: The Record-Store Cats

My B3ta entries
My Portmongolio
My Music

I used to be on worth1k.

Being the proud B3tard that I am, I live in Utrecht, in the heart of the Netherlands (you know, next to the third reich). Amongst other things, I enjoy designing stuff and photographing things.

On designing, the only programs I use for all my b3ta work: Photoshop and Imageready. Frame by frame, moving, rotating... it's much like stop motion animating only without the scissors..
Recently, for the more complicated animations (such as the crab and the transformers) I began using After Effects. For obvious reasons.

On the note of music, I'm a very big fan of Bent and lots of other electronica/disco shite. Procol Harum is on the top of my oldies list.

Some icons I made

The freebs gold pawprint for services to animation.

All thanks to the scared pandabear I made.

I'm officially the gangplank on the ship of fools. I think gangplanks are essential.

Barryheadwound's testimonial on me: (of which I am quite proud)

"He consisntently and reliably makes high quality images, sticks to generally accepted guidance about board behaviours, and hence has significantly more leeway in his activities.
It's called a double standard. It's rather common on internet forums. Get used to it."

more on them here:

Look, I made a hypothetical goatse movie intro:

Which I subsequently transformed into a well acclaimed Ben Folds video


I believe this nation should commit itself "Sorry you cut out after 'Joseph of Arimathea', can you repeat?" Nearing 100 covers made, over here 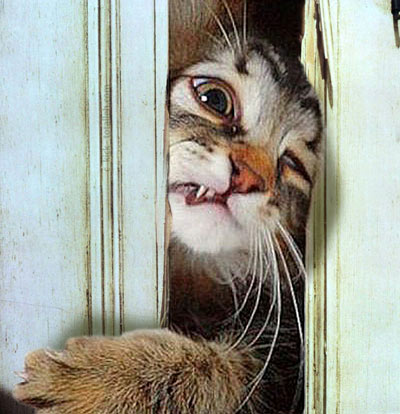 I've been catching up on my reading MOAR GUNS
I don't know in which challenge to submit this. Went for Guns. The Amazing 'Pok Pok'
This is something which requires extreme body control, and it is certainly something to try
at home, when no one's around. Prefferably when you just finished showering..

It's basically the technique of slamming your manly bit against your lower belly, but with an
added difficulty: the challenge is to make it slap your underbelly TWICE in ONE swing:
Your member should NOT land in its 'hanging' position in between slaps.
It all comes down to thrusting your body forward right after the first slap, or 'pok'
which induces a second 'pok'. Hence the name.

For optimal results, it needs to be half-erect. You know, the state in which it is when
it's not fully erect, but it sure has 'grown'..

I remember when this was all about:blanks
Happy birthday b3ta, thanks for making me feel accepted
(Mon 12th Sep 2011, 10:33, More)

"Oh, my uncle..."
I did know someone - in the times of teh puberty, when some felt the need to prove themselves, to belong to a group - who always told 'relevant' stories about members of his family. So whenever we discussed, say for instance, an action movie with, say, Schwarzenegger, this guy would always interrupt the conversation saying that he had an uncle who 'lived in the tropics', and 'had similar fights with local guerrila troops'. Ofcourse, this sort of thing would have boosted him up in the ranks of coolness, where it not that he kept doing it so often and with such exaggerated, over the top stories, that we had calculated him to having 48 uncles, 9 grandfathers and 52 nephews. All of which were ,at some point in there life, in the navy, the army, the secret service, dealt coke, growed papaver in afghanistan, shook hands with the queen, served under patton in italy, and so forth.

I believe we confronted him with the statistics we had accumulated over the years. I can't remember if it made an impact, though he never told the stories again.
(Fri 30th Nov 2007, 8:40, More)