We could always just hide... 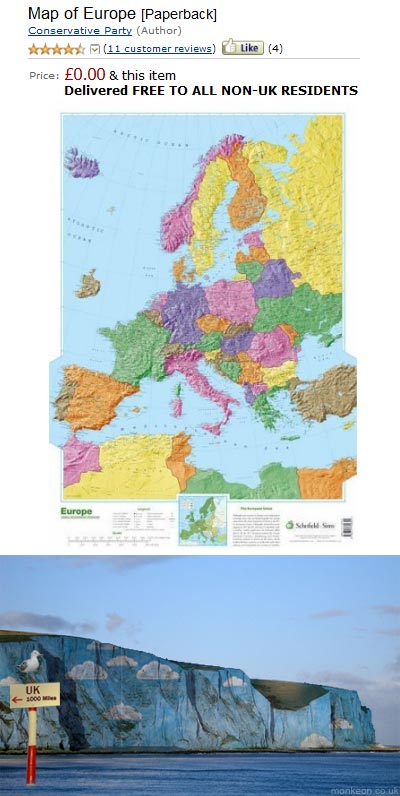 From the Don't Visit Britain challenge. See all 80 entries (closed)

Like Atlantis, you mean, or Ultima Thule? Then everyone would think we were superbeings and hunt us down!
(

Take a vote on it

It is easier for the camo to pass on the Aye of the needled than it is to enter via the lingon of Devon.
(

Nope, still in the SW

No need for that kind of bad language

What are you, some kind of French person?
(

Even the French wouldn't stoop to a ninja edit of that magnitude.

Haha just saw that before, serves them right.
(

...until the bribe money to Google Maps runs out!

It might be more cost-effective to rename your country "Greenland". Surely the combined ingenuity of your barristers can not only quash lawsuits from the alleged heretofore "real" Greenland, but get their small lawsuit-besieged population to pay damages for infringing upon your new island branding.
(H4X0r falsified timestamp on, Sat 2 Feb 2013, 5:54, archived)