As a recent divorcee, it would be churlish to reveal what annoys me the most about my ex, apart from that unfortunate business with the crinkle-cut beetroot which tipped us over the edge. So, what winds you up about your significant other? If you have no partner, tell us about workmates. If you have no workmates, improvise with an annoying tramp

Selfish through and through
I'm proud to say I'm now happily engaged in a wonderful loving relationship that fills me with joy.

However that was not always the case, for I am a divorcee. Without dredging up the bitter past I shall regale you with the tale of this Saturday when I had to return my daughter (5) who's been staying with me for a week, to my ex, who's been on holiday in the Caribbean for 10 days.

To set the scene, I was due to have my daughter stay with me a for a week as part of the school holidays and have been looking forward to it. My ex requested I have her for an extra day at the end (Sat) to fit around her holiday plans. No problem. She then liased with my parents that they have my daughter for an extra day at the start, so she topped and tailed the week to squeeze in her holiday. Fair enough.

Then she went to excrutiating details about my plans for returning my daughter to her (normally 90 miles/2 hrs away). She wanted me to agree to set times etc etc, but due to distance and holiday traffic I thought it irresponsible so instead suggested I come down on the train as she would be being collected from the station herself by her boyfriend... wait, what was that? Her boyfriend. Yeah, odd one that, she's having a weeks exotic holiday but leaving her live in partner at home? Oh well so be it. So all confirmed with her and as told to her I bought the train tickets.

Err.... well I can't. I'll be on the train, which sadly doesn't drop off outside her house in the middle of nowhere. I'd made plans that put me there early though so daughter and I could go swimming so advised the ex that I could meet early if needed, I also warned her of the motorway holiday traffic.

Fast forward a few hours... oh gosh, the ex is stuck in traffic that she couldn't have foreseen when I warned her about it 4 hours earlier. She's nowhere near the original collection location/time and my daughter is now more than ready to go home. So she calls her boyfriend and has him drop everything to come and collect daughter instead, which graciously he does.

For the first time I got the chance to chat to the boyfriend and nice chap he was too. Then he drops a clanger. "I don't know why she didn't sort this out with you before she went, I mean she's driven right past your house as it is so could have collected her and she had hours at the airport before she set off".

That's right, not only had she ended up driving to the airport, she'd gone right past my house and could without any difficulty have collected my daughter. Instead we spent all afternoon travelling Bristol to Devon and me paying for the privelidge because she couldn't be bothered to go out of her way.

Then the icing on the cake, he says "You should let her know, as she's well.... getting a bit like that". "i'm not even going to go there mate", says I. So sounds to me like he's started to realise she's a complete selfish bitch too.... Good luck.

I guess his holiday was a week without her ;-)

so there are people out there
in a similar situation to me? My sons mum went away for two weeks without telling me 2 months ago. and then had the cheek to ask why i was causing her so much grief when i questioned her on it.

Probably because you dont take your responsbilities seriously was my answer.

There are too many adults racing round this country claiming to be good parents - when they are infact selfish, childish - hand child to the grandparent when things get tricky, cnuts 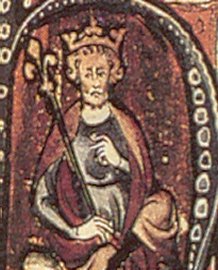