Screwing up at work

Someone on the security team signed off that a fake bomb had been recovered at Old Trafford when it hadn't. Cue one controlled explosion and a postponed soccer game. Tell us your tales of workplace screw ups and the consequences of your mistakes.

Five years ago I had a job as a heating/aircon engineer.
The job was hellishly boring and involved a lot of crawling about in confined spaces, most of the time for the same one client with an antiquated system that really needed ripping out and completely replacing. To keep myself amused during lunch breaks, I smuggled a small quantity of soil up into the top office's roof, reasoning that with the humidity and warmth it would probably be ideal conditions to get some seeds started. Soon enough, I had a tiny fruit and vegetable patch going.

It was only discovered by accident, when the King Edward crop expanded beyond the edges of the ventilation channel's top panel and a few tiny potatoes fell inside and were sucked away, to end up falling out of the ceiling onto the conference table, right in the middle of a board meeting. My boss demanded to see the 'garden', and I was out the door later that day. The letter of reference he grudgingly gave me said just four words: 'grows misc on duct'.
( 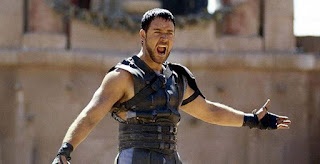 Did they give you gardening leave?
:-)
(