Screwing up at work

Someone on the security team signed off that a fake bomb had been recovered at Old Trafford when it hadn't. Cue one controlled explosion and a postponed soccer game. Tell us your tales of workplace screw ups and the consequences of your mistakes.

Summer 2007
I was bumming round Europe on a shoestring and arrived in Portugal with only coppers to my name. Needing to raise the wind somehow, I offered this nice couple I met to babysit for them that night.

They paid me in advance. Being young and foolish I headed for the nearest bar and got shitfaced on the money.

Next thing I knew it was nearly midnight. Oops! Oh well, I'm sure the kid was fine.
(Rise and Fall of the Atomic Cabbage Haven't you heard of suspension of disbelief?, Sat 4 Jun 2016, 18:54, 7 replies)

Once upon a time
That's it
(

Social media bomb
Worked as a marketing monkey at an off-West End theatre, writing blabber for social media. The latest musical production was based on hacks set in 50s America so I had the idea to make themed posts based on events in the US at that time. One of the biggies was the invention of the hydrogen bomb. So trying to be clever I wrote something along the lines of: 'It's been over 50 years since the invention h-bomb. Thanks for half a century of world peace.' Cue dozens of angry responses and complaints from people who missed the sarcastic tone and proceeded to give lectures on history ('there have been 4 wars since then!')

It was one of the last things that was posted in the evening before the office closed so it was out there for nearly a day before anyone in the theatre noticed. My manager responded vehemently: 'Very sorry an INTERN was left on our Twitter account and is still going through his teenage humour phase. It wont happen again.'

Wasn't treated well there before or after. They had it coming a few years later in a friend's tribunal for unfair dismissal, I cheerfully described to the hearing how the manager used interns for head massages and had regular meltdowns involving plenty of her own F-bombs.
(

Five years ago I had a job as a heating/aircon engineer.
The job was hellishly boring and involved a lot of crawling about in confined spaces, most of the time for the same one client with an antiquated system that really needed ripping out and completely replacing. To keep myself amused during lunch breaks, I smuggled a small quantity of soil up into the top office's roof, reasoning that with the humidity and warmth it would probably be ideal conditions to get some seeds started. Soon enough, I had a tiny fruit and vegetable patch going.

It was only discovered by accident, when the King Edward crop expanded beyond the edges of the ventilation channel's top panel and a few tiny potatoes fell inside and were sucked away, to end up falling out of the ceiling onto the conference table, right in the middle of a board meeting. My boss demanded to see the 'garden', and I was out the door later that day. The letter of reference he grudgingly gave me said just four words: 'grows misc on duct'.
(

Childish
A manager kept asking me for items for a progress report (which I emailed over), then sending me the report to write my section anyway.

Our client on the project wasn't able to make a decision about anything and didn't seem to be able to do anything for themselves so I added a note into the report to this effect, sent it back asking her to check it and send it out if she was happy with it.

Apparently she just sent it out without reading it. No consequences yet however I have no doubt it's been added to the tally of P45 points.
(

Splish splash.
I worked as a carer in an aged-care facility.

One day the cleaner came to me and showed me that there was a small leak on the pipe from the tap to her cleaning mix container. As we had no handyman and I was one of only two blokes who worked there it often fell to me to conduct these sorts of "minor" repairs. It would've meant having to call in the plumber otherwise which could mean up to 2 days wait.
The leak was on the reinforced pipe that was connected to the mains tap and fed into the cleaning fluid. The tap was always on and obviously the pipe was under pressure. When the cleaner pressed the pump on top of the cleaning fluid bottle it released a valve which fed a measured amount of cleaning fluid and water into their bucket using the water pressure from the tap.

The leak on the pipe was tiny but because it was under pressure it was pissing out a small stream constantly. As one end of the pipe was fitted to the tap I got some garden hosepipe with the correct fitting, cut it to length and instead of using a bolt (as was on the reinforced pipe) I attached the other end to the spigot with an o-ring and tightened it with a screwdriver.
"Should be right as rain." I thought to myself as I toddled off for my 3 day break. At least I knew that the cleaner would be able to do her job over the next couple of days should she need to. Then again, she worked the same days I did...

I didn't get the usual flurry of calls from work on Monday afternoon but thought nothing of it. I went in on Tuesday morning and did notice that there was some new carpet in the area where the cleaner's cupboard was. This was a bit of a surprise as part of my job was liaising with and organizing the carpet layer's to come in and that part of the facility wasn't due to have had new carpet. I didn't think too much of it as I went into the cupboard to get something and noticed that my bodgey job had been replaced by a brand new shiny reinforced pipe.
"Oh good," I thought "at least the plumbers got to that yesterday."

I was eventually called into the managers office once they had arrived where I was met by both the facility and regional managers. Both lovely ladies. Both with intense scowls and frowns on their faces. I was in the shit. Big time. I was asked about my fixit job, I took them through what I'd done and why - at the time it seemed a bit strange to have all this attention on such a seemingly mundane job but, who knows, right? Then I asked why?

As it happened -
My hosepipe, having been under pressure - split. At about 5 am on Sunday morning. Flooding the hallway with water and frothy, slippery cleaning fluid. The sound of the pipe bursting and water flowing woke a few of the surrounding residents who came out of their now flooding rooms to see what was happening. One of which slipped on the wet carpet and fell injuring his hip.
The staff managed to eventually get the locked cupboard open, turned off the tap and called the plumber (thinking it was a burst water mains pipe).
The resident was taken to hospital by ambulance and the carpet contractor attended the next day, laying all new carpet and underlay in a long stretch of hallway and 3 rooms.

The eventual insurance bill was for over 11 thousand dollars and the gentleman that fell over never fully recovered - he did not return to our facility and was sent to another higher care based facility upon being released from hospital. The cost of an off the shelf reinforced pipe that would fit perfectly and not burst for at least a few years from the local hardware warehouse? About 20 bucks.

I didn't have to do anymore repair jobs there. Ever. 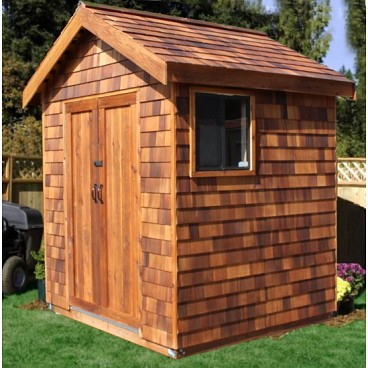 I worked in a bar in Croydon
when I was 18. I was filling 2 pints at the same time (busy night) when one of the barrels ran out, the manager was down there changing it for ages because there was something going on with the pressure. Turned out I hadn't turned the tap off, a fact which became apparent only when the bar floor was awash with Stella. The upside was that I no longer had to work in a bar in Croydon, a town the locals like to pretend is dangerous but is in fact merely a beacon of banal low-grade unpleasantness.
(Ooooh_cuntroversials_sockpuppet Make O/T great again., Mon 30 May 2016, 11:36, 3 replies)

Practical joke gone wrong
The manager of the number-two-works (synthetic yarn spinning) laboratory was always over worked and would virtually sign any lab request you put in front of him. One day, just as a prank, someone put in a request for a box of atomic weights*. The requisition sheet was put in front of him, he signed it and into the paperwork system for a massive chemical site with over a dozen labs it went - off to our own, on-site lab stores.

About a fortnight later, he got a phone call from the irate man at the external lab suppliers asking him what he was playing at and everybody got a bollocking. It turned out that the site stores didn't know what a box of atomic weights was so sent a requisition in to the external supplied company instead of queerying the lab first. Oops.

*For those who don't know (maybe you had found something more interesting to do in science, like our on-site store manager clearly had), atomic weights are numbers given to elements (hydrogen oxygen, iron and so on) that indicate how heavy their atoms are. In an environment that uses balances that measure down to tenths of milligrammes, to the uninitiated, it sounds like a set of very accuratly manufactured metal weights.
(MataChode is investigating substitute activities on, Sun 29 May 2016, 12:16, 10 replies)

I drove a coach in Los Angeles.
I had to keep it at over 50 miles per hour or it would explode. Sandra Bullock was on the bus though which was nice.
(