Thinly veiled racism? I made this!
</lurk> I saw this at the university I attend. Yesterday was Dr. Martin Luther King day on this side of the pond, and this was how the foodservice department decided to...er...celebrate as well. 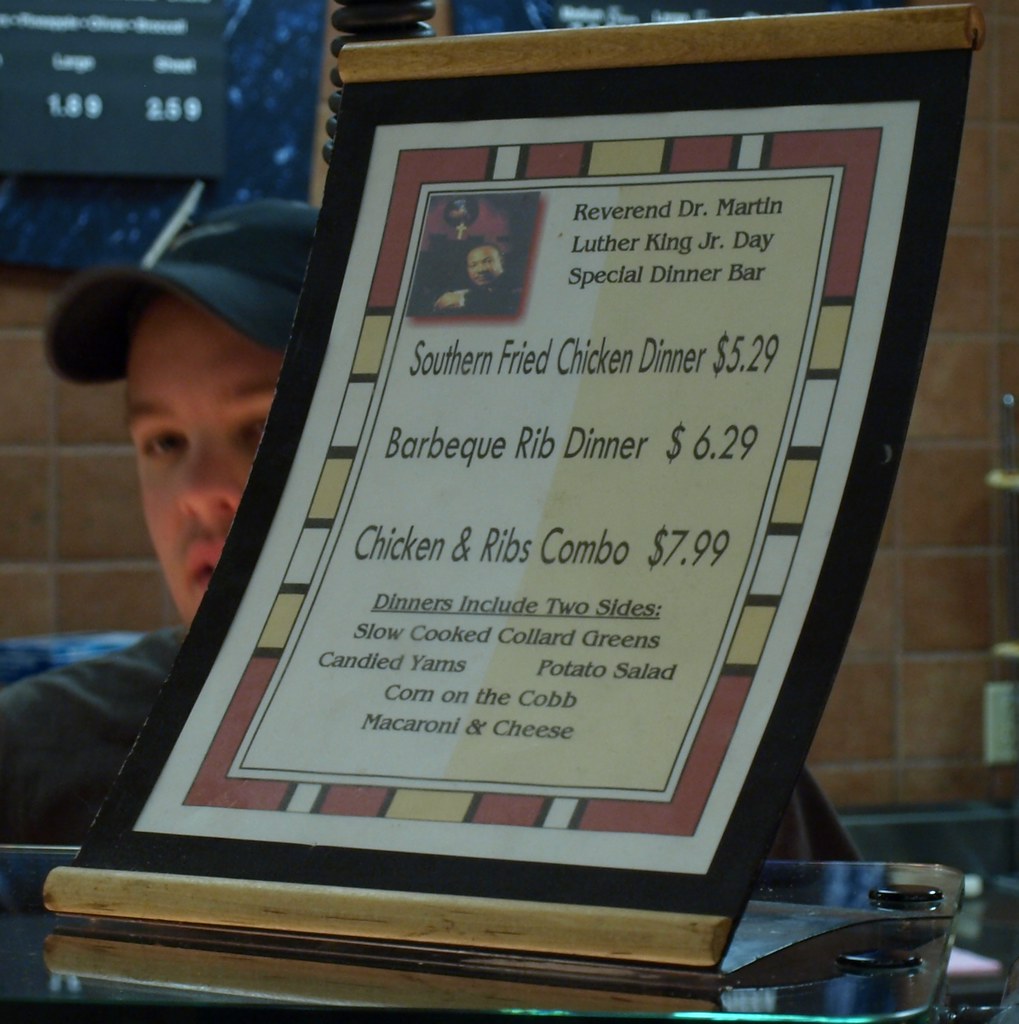 hahaha
at least there isn't any watermelon on the side
(

I guess we are. he he he

Corn on the COBB
I'm assuming that the OP's million yuks are generated by the misspelling of "corn on the cob" such that it now coincides neatly with the surname of Ty Cobb, accomplished baseball player, baseball manager and colossal racist.
(apologies_for_length, Sat 26 Jan 2008, 1:40, Reply)

See, when the lightning hit the chicken coop...
We had Sudden Fright chicken!

I'm not from the South, but I'm 30 years here in Florida. All I had to do in '78 is say Sturgis, and all the cops in this F...ing place would start telling me about the local Biker gangs. My family ran a Grocery store.

Anyway, what the hell is wrong with Ribs? Fried Chicken, like watermelon, is iconic. I suggest that to actually be racist, you would have to remind everyone of the roots (HeHE, Roots!) of this cultural tradition, that the slaves got the parts of the slaughter the Plantation Owner and other Massa didn't want, the Pigs feet, Ox tails, Alligator Ribs... (So You Say!)

Pfft, the masta' ate the hell out some of those ribs, ox tails AND neckbones!

They were just cheaper, later, after the war. So, they became more popular. Chickens were easy to raise, so they too became a staple in the post civil war black homes.
(absynd, Sun 27 Jan 2008, 16:19, Reply)

reminds me of one of my favorite Dave Chapelle bits
youtube.com/watch?v=wJ4B7G8Rw3Q
(