Watching the old man swing home from the pub and start arguing with Newsnight can be either funny, slightly unnerving or just plain terrifying. Tell us about daft things parents have done while they've been in their cups.

Suggested by NotDavidBailey, voted for by YOU

The Most Interesting Man in the World
His parents were so proud, they got drunk to celebrate... for the rest of their lives.

He has lived in 30 different places and worked 40 different jobs... in the 45 years he's been alive.

He once snorted massive drugs off several supermodels in his Honda Accord.

His blood smells of Vodka and cheap lager.

He has a story for every situation imaginable.

He is... the most interesting man in the world.

A valuable contribution from a top quality account holder.
With 0 /talk posts - is this a sockpuppet, or just a cunt?
(

I vote we make him our new leader.

No reason why not.
He would clearly be a great example to follow. A man with nothing to contribute, nothing to say, and little to live for.

A captain, I say, a captain for our troubled times.

I'm going to worship him like a pre-Columbian GOD.
Anybody got a spare virgin I can slaughter?

I see what you did here.

the man without legs?
aicmfp
(

You forgot to say 'cheers'.

Excellent use of line breaks.

Can you stay on topic and stop trolling, please.

I'm totally going to have lots of sex with you tonight. 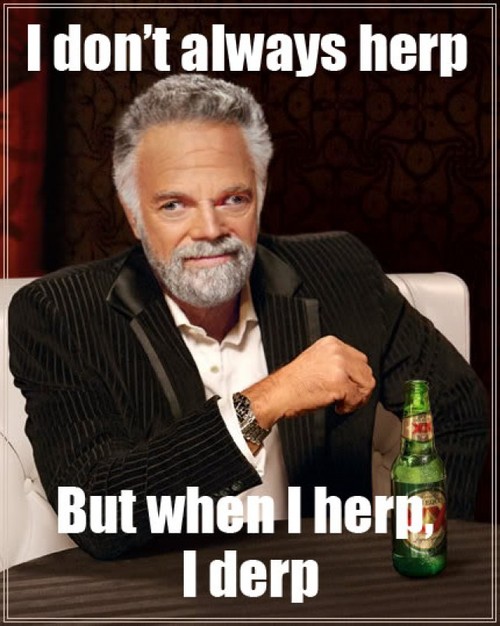 Hahahahahaha
I like how /talk can't work out whether or not this supports their agenda.
(

We have an agenda??
Did I miss a memo?

My b3ta job description just says "dick about". If you're asking me to do something beyond that then I'm straight on the phone to the union rep.
(

Say, that's my Job description too
Who'd have thought that
(

I hope it's first in first out.
I'd definitely take voluntary redundancy.
(

Bloody demarcation that is.

hahahahahahaha.
i love how you're not sure either so you've chosen to think it's trolling /talk
(

You know what I think?
Incredible! What am I thinking about now?

all we know is
he's called the stig
(