It's been 7 years since we last asked for your funeral stories and what with Lady Voldemort's coming up, we thought we'd ask again.

The deeply upsetting, the sad and the ones that make you want to hug the world all have a place here on b3ta, tell us about them.


Thanks to Pig Bodine for the suggestion

The write way to go
An ex who died of a brain tumour, a beautiful and sensual hippie lady, asked to be buried in a white cardboard coffin and her son supplied boxfulls of multicoloured marker pens so we could draw messages and pictures on it. My message: "Thanks for all the sex and drugs babe". It felt like a way to connect one last time and it was strangely comforting.
(Variable, Thu 11 Apr 2013, 19:20, 12 replies) 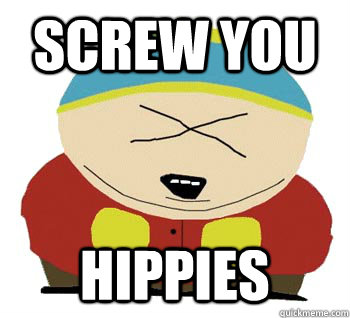 Well, I liked this,
and am now considering the same for my demise party.
(

I might skip the cardboard casket and just get people to scrawl on my cadaver.

I hear there are clubs that cater for this sort of thing, you don't even need to be dead

Oh boy!
Can they use my seepage as an ink pot?
(

Hell, why not cut out the middle man
Just shit in a sleeping bag then get in it and roll about
(

That's a great idea - next Wednesday's good for me.

I too have had sex and done drugs

Yeah - but with a corpse?

Not a human one, no,

I had the same thing done for a close relation some years back and it was absolutely brilliant.
People wrote their messages on the coffin at the church service and the words were cremated with him soon afterwards.

I wrote a line from a song we loved and someone else then put something about not driving too fast in Heaven. There were short prayers, the odd 'Bon voyage' and several cryptic drawings. People added song lines too and a few of the young men later had the words tattooed on their bodies. They'd stop me in the street and half-undress to show me! I particularly remember 'Smile like you mean it!'
Some mourners just signed their names or drew hearts with initials.
The coffin was covered in words and drawings. Nobody knows everything that was written - it was between him and them.

The idea came from seeing school-leavers in the street with their mates' autographs all over their shirts. The coffin was a conventional cremation one with a matt white paint finish. Marker pens worked well but ordinary felt tips didn't show up.

I bet there were a few 'Thanks for all the sex and drugs babe'-type comments too - fine by me!

A great send-off and a comfort in what were actually very grim circumstances.
(Juan Quar is clinging to her front teeth on, Thu 11 Apr 2013, 22:04, closed)

ummm, Click
I just wanted to say I approve - not sure how to express that approval other than through a click.
I think it wonderful to remember people when they were at their best. That is how I want to be remembered, not as the sick person in the hospital.
(justin(e), Fri 12 Apr 2013, 7:10, closed)