Does no one want to tell us about how the greatest thing they've ever made is their children, who are miracles (and so adorably cheeky sometimes!)?
I'm disappointed.

Mind - I will own that I can't be arsed to go back through the entries to look.
(

A city
It was very difficult as it had a rather uneven, and trecherous base of naturally occurring solid aggregate and small, round bakery products
(

I have absolutely no penis…

So I constructed a substitute. It started small and crude, but after several modifications, it transformed into a stumpy electronic and latex masterpiece.

It was a great success with the ladies, and my teeny tinkle replacement soon kept me very busy, I went from a chubby 13st chap to a skinny 9St. Eventually, I was doing so well with it that I decided to set up a business renting it out for lonely females to bounce up and down on.

After a woman made her request, my stubby electro-cock would email them and let them know of their appointment, before ordering them to perform their wanton desires upon it.

Obviously, charging for such a service was difficult, so eventually I built in a DOS command that ensured that after every upgrade I made, the version number would let the customers know and adjust their charges accordingly. Sweet. It sounds complicated, but really it was a simple case of ‘Thub hest, thin guy, ver billed’

I built some synthesizer software
I wrote the three synth plugins used for this (the 303-like bassline, the string synth and drum sampler) and then kind of lost interest in music software. I ought to get back to hacking on it.

Got Cows?
I spent a lot of time trying to work out how a fly gets into the things I don't want. I then had to figure out how to get the flies into what I wanted...

This was one of the more popular Instructables for a few years, then I got tired of being asked what kind of bait I used...
(

It appears that there is a reputation being built by B3tans that Rob fingers kids.

Thanks to B3ta i have built* quite the collection of Rasist/Pedophillia/Dead baby/Scatological/Animal cruelty/Wife beating Jokes.

One for the kids
I made this a few years ago for the kids. Still really proud of it and the fact that it is still played with.

Home for Bunnies
While not as impressive as some of the responses in this QOTW, I am rather proud of buiding this bunny hutch during the summer. 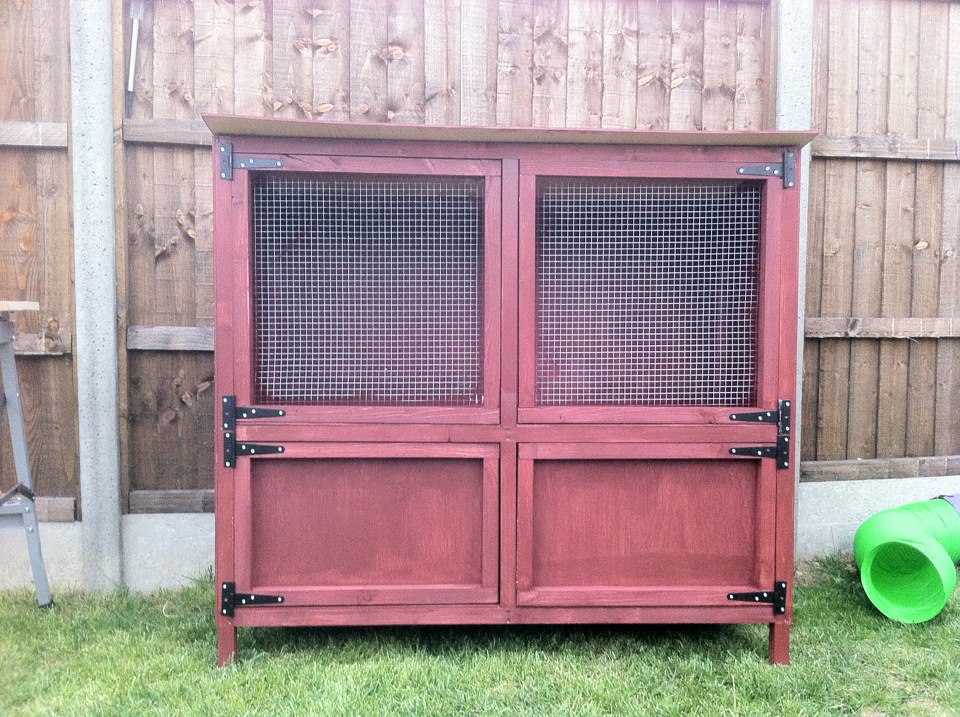 The Best Thing That's Been Built...
...certainly wasn't this ill-judged QoTW, judging by the paucity of responses.
(