My job: Expectation vs Reality

When I worked as a window cleaner, everybody - and I mean everybody - I knew asked me the "how's yer father" question. The truth was that I was always knackered and freezing, and the only nudity I saw was some fat bloke's arse. Tell us how your work differs from the expectation.

Thanks to Rotating Wobbly Hat for the idea

my friend's husband is an engineer and he works for mars
when he was looking at the position, he was told that they get a tiny percentage of their salary in products every month. so basically a big box of free chocolate bars. his wife was thrilled.

they put him in the pedigree chum factory.

although those with dogs are allowed to take them into work
apparently they have a flag by their desk, and they raise it if the dog is there with them. how fucking cool is that. i'd LOVE to have a dog under my desk.

yeah but your boss is a cunt

You've met him?
I could barely pick him out of a line-up I see him so infrequently. I believe he's in India at the moment, the cant.
(Reverend Fister "a disciplined fuckwit", Fri 9 May 2014, 12:15, closed)

Brilliant. She must have been so disappointed.
My wife would have bought a dog just to get the 'free' stuff.
(SpangoTheWonderBadger is brewing beer, Fri 9 May 2014, 11:20, closed)

Mars? is this the Star Wars one? 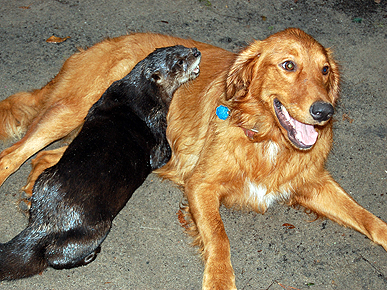 oh, that's your answer to everything

it's a good answer, you have to admit

How often does your friend encourage her husband to get his ass to Mars?
Every morning, I hope - that shit would never get old.
(