Home » Question of the Week » My job: Expectation vs Reality » Page 3 | Search

My job: Expectation vs Reality

When I worked as a window cleaner, everybody - and I mean everybody - I knew asked me the "how's yer father" question. The truth was that I was always knackered and freezing, and the only nudity I saw was some fat bloke's arse. Tell us how your work differs from the expectation.

Thanks to Rotating Wobbly Hat for the idea Help us chose the animal for the next QOTW 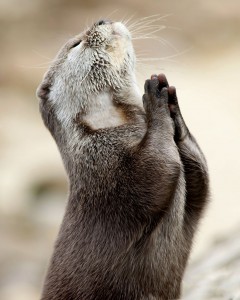 I used to be the best London-based cartographer in the world.
An 'otter plotter there was not. A blot I got mattered not one jot.

I want some of this action.

Repost - because
I was very excited about the work experience given to me by school. It was working at a contract cleaners. Imagine my horror to find out they actually did cleaning.
(

Getting my sweet, sweet revenge...

In the last two days I've been introduced to a couple of b3tans in RL. By "introduced" I mean I've found out the names and details of at least 4 of the people who have tried to bully me by mentioning my RL name on this website. A couple of them I knew months ago anyway. Thru my own internet sleuthing. But I've decided to give them an early xmas present. By giving their bosses a search link from this site to some of their.... "best" moments and providing them with their b3ta usernames. There was a couple of OBE and CBE's whose emails I had to chase up. and there was 1 person who is self-employed - finding some of their clients to notify was a bit more difficult. Now I'm NOT going to name names because that would be against the rules of this website. But in the mean time whether you believe me or not - for those of you who know you deserve this - have fun looking over your shoulder over the next few weeks.

I got banned. Three times. But now after some considered chats with the powers that be, I'm back! Sorry if I killed anyone's careers!

The best man for the job
This is not my story, but I was there, so I feel I can tell it.

After living in a shared house for some time, we were finally leaving. The landlord had decided to do some redecorating, and on our last day he turned up with his decorator. After going around the house and discussing all the things he wanted doing, with the decorator nodding and making notes, he then left to let him get on with it.

As soon as the door closed, the decorator flipped his bucket over, sat down on it, took out an impressively large spliff and fired it up, then looked around at us and said:

"So. Any of you lot know anything about painting and decorating? Cos I fucking don't!"
(moon monkey is busy making memories worth repressing, Tue 13 May 2014, 14:30, 31 replies)

I had a job training the Met police
I kind of expected all the coppers to be conservative wowserish types I wouldn't have much in common with. Cunts, in other words. I also expected it to be one of those hardworking office situations. It was all very suits and strong handshakes and "commitment to uphold our values" at the interview. What I didn't realise is that the coppers they'd drafted in to run our shiny learning department had basically hit the jackpot, and they knew it.

Some up until then had been walking their beat for years. Doing unsocial night shifts, dealing with crack heads and whores and domestic violence, and none with any nice TV story closures. The main reason most cops stay in their job, I soon learned, was for the generous pension if they could stick it out. Suddenly they could work normal dayshifts like normal people, and spend their days doing fun stuff like advising film crews and designing hostage situation simulators. They were always cheerful, liked a beer, and because they were all experienced coppers, had great anecdotes to tell. And they had absolutely no experience in managing me or the other overpaid contractors sucking on the government teat for all we we could, and I think they didn't particularly care either. Consequently, we took to having three hour lunches and it was a rare day I made it to work before 10am. I got fired after two years when finally some sort of sanity prevailed, but man it was a fun job while it lasted.
(

My most disappointing job was as a teacher of second year pupils.
The first day I was meant to meet my class in assembly but I accidentally wandered into a room which had been damaged by an earthquake. Back in the classroom they asked me why I hadn't turned up to meet them. I explained that "It wasn't hall, it was cracked up, 2B."

Seriously - fuck off with all the massive pictures, yeah?

How come sheds got a qotw shut down, but otters are allowed to run rampant?
It's like the mods just don't care, anymore. Or they're all otter fetishists.
(

In honour of George! Let's have an otter getting some poon

Had enough of that previous shit being at the top?
Have anotter other instead: 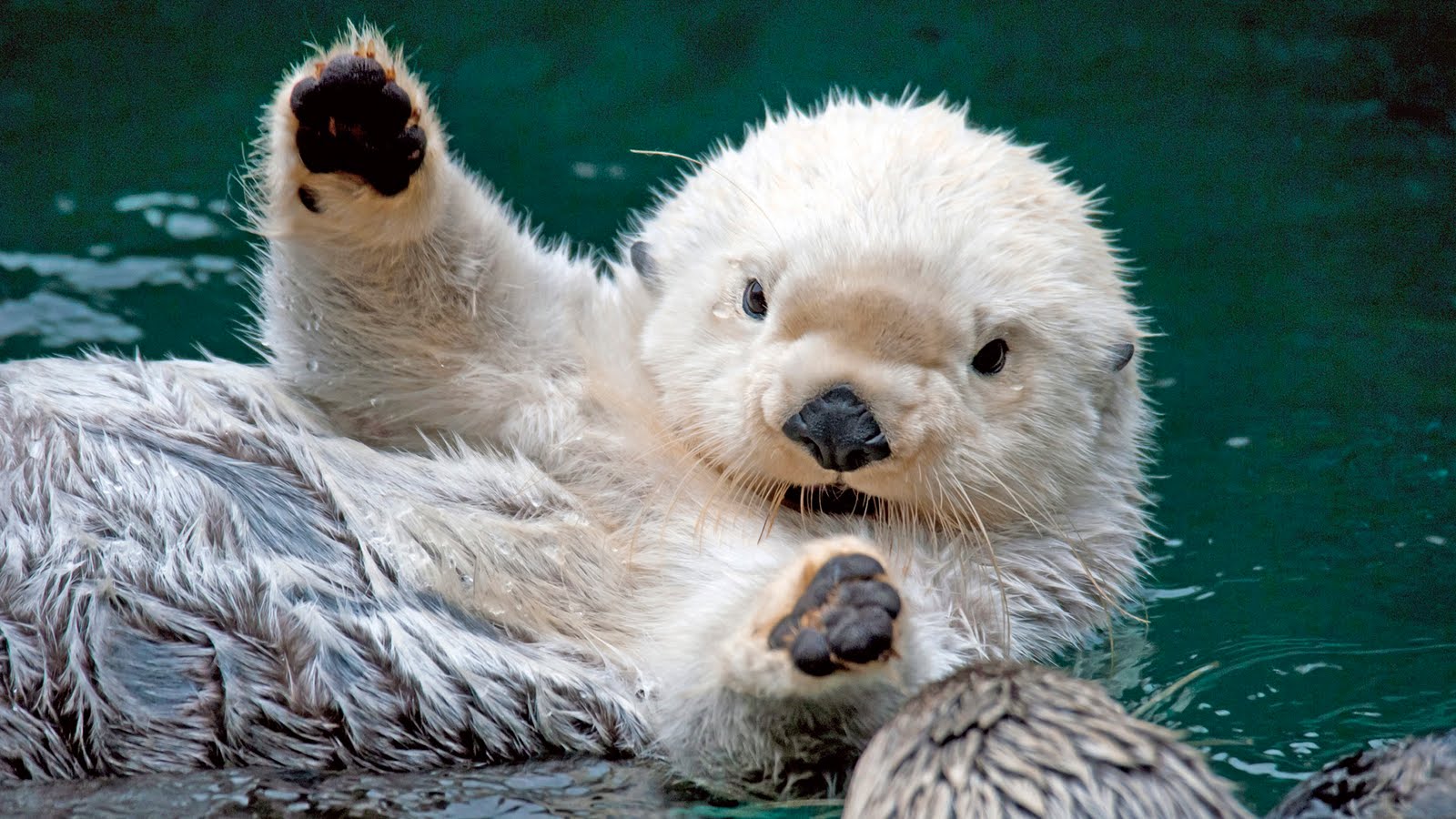 Mods.
Expectation: They get up in the morning and go straight to their computer, not bothering with any of the normal personal hygiene rituals that any reasonable human being would go through. Upon turning their computer on, they summon their hound who stands beside their sweat stained chair, whilst the mod slides his finger into the dogs arsehole. The dog will only have a few minutes a day without the mods finger lodged in it's rectum, as the mod will occasionally have to pretend to actually do something, in a half-arsed attempt to bring order to the messageboard. The mod will sniff the processed pedigree chum that has become attached to his finger, and moments later, the dog will have a finger up its bum again.

Reality: It's all true, although the dog doesn't receive any respite. The mod can type one handed and therefore they will have at least one digit internally manipulating the canines colon at all times.
(

Running my own business.
I'd worked for large corporate for about 15 years and worked with good, bad & indifferent marketing agencies and brand consultancies. I knew I had a good career history and that if I set up my own agency I would have credibility with potential clients. As a client I'd worked with enough agencies to know what clients did & didn't want.

I knew that running my own business would be hard. Long hours, stress etc. I also knew that I lacked some of the skills (selling to large companies) so after writing the business plan I invested in quite a lot of money in training and then shared the business plan with a few people who I trusted to give me honest feedback.

I had THE VISION. I was going to build up an amazing business, sell it to WPP, complete my earn-out period and retire at 45. I'd have potential clients hammering on the door once they'd heard about the fantastic results we delivered!

I set up on my own. No staff, no office and no clients. After five months of no work I thought I'd fucked it up and that I'd have to start looking for a job again. Then finally work started to come in. Small projects at first, most of which led to bigger ones. I started to hire people, rented office space and slowly began to make a profit. As the reputation of the business grew we managed (by now I had 11 employees) to get work with larger & larger companies. The company had made it throught the first couple of years. I started looking at sports cars.

That's when it turned to shit. Payment terms. Fucking payment terms. I had to make payroll & pay all the other bills every month. Clients wanted 90 days or in the case of one big retail chain 120 days from date of invoice to payment. The banks weren't lending or offering overdrafts, factoring was expensive and I lacked enough capital to manage the cashflow. THE VISION had turned to shit. Pebbly, smelly, runny shit.

I found some professional advisors to gain an understanding of what my options were. The last thing I wanted was to wind up as I didn't want to make my team redundant. It was time to sell. Would I make my envisioned millions? No. Would the cashflow issues become someone elses problem? Yes.

After 4 months we found a buyer. My team secured their jobs and I started to look for a job. I started to sleep again. I got a job.

Would I do it again? Not a fucking chance.
(

Paperboy
Expectation - riding a chopper down a suburban street, throwing papers into people's mailboxes, trying not to smash their windows, then racing around a BMX track.
Reality - Trudging around in the rain listening to S'Express on your walkman, taunting dogs through letterboxes and trying not to get fingered by old men in dressing gowns.
(

I am REALLY mad and wacky, so I often do completely different things to those I'm asked to do!
LOL!
(