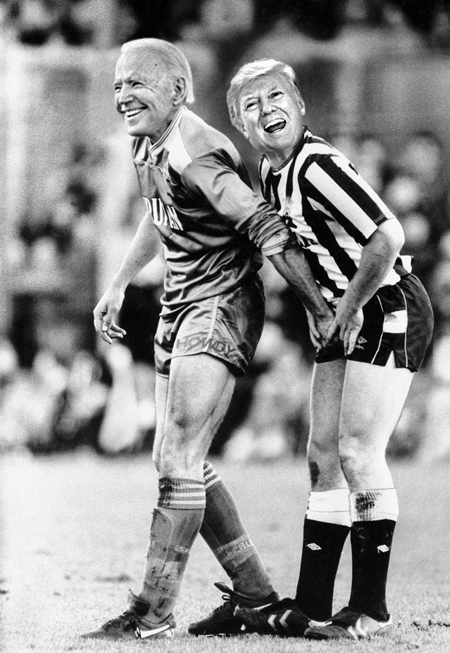 Is it just me or are they taking quite a long time to count the last couple of percent in the deciding states?
(dribble, Fri 6 Nov 2020, 15:29, archived)

They’re counting the mail-in/absentee ballots last in some states, it’s a slow process anyway, and this year there are far more than ever before.
(

I wondered if the officials were having to spend all their time piling up tables and anything else available against the windows and doors, to keep out the rabid hordes of open carry patriots.

This election seems so flawed that the US should really hold another one, though.

Ask the question again, and again. Until those making the most noise get the answer they want.

Now, do they delete his account the day he gets booted out

"As U.S. president, Donald Trump receives special treatment from Twitter Inc. when he violates the company’s rules around offensive or misleading content. That exemption will end in January if he loses the presidency."

his new career as street entertainer

after he's bankrupted when the banks call in his debts

considering how he's made himself scandal proof, and how he's harmed trust in the institutions that might be tasked with holding him to account.

Though even if he actually loses in the courts this year (which is still far from certain) he might remain the Republican figurehead for the next 4 years, then president for the 4 years after that.
(