OneEyedMonster remindes us about the crap you can buy in pound shops: "Batteries that lasted about an hour and then died. A screwdriver with a loose handle so I couldn't turn the damn screw, and a tape measure which wasn't at all accurate."

Similarly, my neighbour bought a lawnmower from Argos that was so cheap the wheels didn't go round, it sort of skidded over the grass whilst gently back-combing it.

Aldi in *not shit* shock
They sell a cheap razor with disposable blades - the kind of thing that's usually £10 for five sodding blades, they sell for £2.99 or something. And they work a treat. I bought about a thousand of the fuckers in case they decide to stop stocking them.

Apropos: when I was in uni, I remember the womens union trying to get a lower fee for women because they have to spend money on tampons and other ladies' products every month. Compare that to the price of fucking razors every day.
(

As for cheaper tampons, as I recall (at my Uni at least, and this is 15+ years ago) it was about getting VAT dropped for er...feminine hygiene products...since they're not really a 'luxury item' (and incidentally, razors were not subject to VAT). I think this might've changed now, though.
(

Men don't need to shave every day
You can grow a beard.

What should we do, squat over a hole in the ground for a week every month?
(

Before razors were invented
all men had beards.

What did women do before tampons were invented? Either let blood trickle down their legs, or stuff an old rag in their pants, presumably.

Not that I'm suggesting either is acceptable in modern society! And the jury's still out on beards.
(

Nah, the verdict's in.
Beards rock! 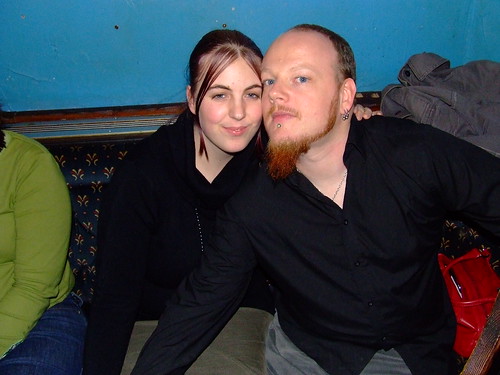 It's swings and roundabouts, really.

Alternatively.. you could stop ruining the world with your disposable razors, quit being a cheap-skate and buy an electric razor... or be a REAL man and use a good ole' Cut-throat razor.

Men have many options.
Women don't...

If ever you meet a lass who'll talk to you, and you get to know her, you'll see what I mean.
(

Aside from getting pregnant or having it all whipped out for good, or even getting injected every few months to ensure no further bleeding ensues.

Women can use tampons - flush them or burn them either way isn't terribly environmentally friendly...increase greenhouse gases or find them on a beach near you soon!

Or sanitary towels - with wings of course! And the same as tampons applies...not environmentally friendly.

Go back to rags or washable towels - the drawbacks - potentially smelly and they still need to be washed which means they're yet again not terribly environmentally friendly, but at least they are reusable so your VAT is only paid out once.

Or go with a Mooncup

But the downside is that you become a hippy.

Not telling...but I have taken up wearing flowers in my hair.
(

Great idea, but...'Mooncup'?
Somebody please help me, I think I just bust a gut.
(

Oh yes...Mooncup
It's so we wimmin can be in touch with the natural cycle of the earth what with our moonthly bleeding and all that.

I'm going to knit an orgasm next...and then maybe a nice placenta.
(

*tongue firmly in cheek*
In the words of Millie Tant from Viz:

Chickenlady and mooncup....
just read about it over lunch whilst eating tomato soup...... feeling a little ill at the thought of women emptying said cup
(Studentken is looking for motivation on, Wed 9 Jan 2008, 12:27, closed)

@ studentken
Believe me, it's far preferable to tampons and towels.

Have I sufficiently grossed everyone out yet? Well, the men at least?

Mooncup
Ah, I can understand the concept and all...

But do women using the Mooncup still get the urge to go rollerblading with a pack of Dalmatians whist grinning inanely and singing "Whhhhhhaaaaaaaa Bodyyyyyy-fooooooo-ooorm!", or perhaps go skydiving with a bunch of hormonally challenged mates?
(Bicycle Repairman "you're also a bit of a wanker", Wed 9 Jan 2008, 12:57, closed)

"Have I sufficiently grossed everyone out yet?"
Just the picture of the Mooncup achieved that quite effectively, thanks.
(

Yes, thank you Chickenlady
I didn't really enjoy my lunchtime ham and cheese rolls today, as I was reading about the Mooncup at the time of their consumption.

No
Women using the mooncup go off telling everyone about it...although some of them allow their dog to chew it...eeewww!

Oh noes, we're b3ta! We like rape jokes but thinking about icky girly stuff makes us boak!
Mooncups are ace, but trying sorting them out when you've been drinking.

Hahahahahahahaha!
No...never wanted to down the contents like a shot....but I do see why that could happen.

And I found out about the mooncup on b3ta!!
It was posted on the links board ages ago.

See, you can even get environmentally sound hippy stuff here alongside the rape and mong jokes.
(

yay mooncup!
I was wondering if anyone would mention the good ol' mooncup.

Yay, controversy!
The mooncup sounds... kind of insane. I can't quite see how it would work.

And yes, it's true that most women do shave, but I've never worked out why. Mrs flatfrog is hirsute and sexy. Well, not *very* hirsute. I had one girlfriend with hairy nipples, though, that was a little odd.

Tried electric razors with zero success - I think my beard grows at weird angles. I look very odd when I grow one, it's nasty and patchy. My mum always had a bald patch in the pubes, so maybe that's related. (She says it was sexy to the men when she was a teenager, less so when she was in her forties...)

Anyway, I shall be recommending the mooncup to Mrs F - although I suspect with the big womb lining clots she gets she won't go for it.

Enough graphic menstrual discussion yet? I feel an image challenge suggestion coming on...
(

I think that the most disturbing part of this
is that you know that your mother has a bald patch in her pubes.

I've never discussed our respective pubes with either of my parents, and don't intend to start.
(

@ Flatfrog
With heavy periods and clotting all the more reason to use a Mooncup - then you know exactly what you're losing...and if you need to have it investigated by a Doc.

It's also far, far more healthy to simply 'collect' rather than soak up the blood. Go read the Mooncup site. I just wish I'd learnt about them years ago.
(

I have the Diva Cup
which is very similar, (see www.divacup.com) and I absolutely love it. As you say, Chickenlady, wish I'd bought one years ago. It's saved me a bundle and it's better for the environment.
(BlackArmadillo Avoided writing that article on, Wed 9 Jan 2008, 22:21, closed)

I think it's the name that's the biggest deterrent.
I'm a fairly 'green' person, but the name 'Mooncup' still evokes the response 'Ah, silly hippy shite.'

I'm sure they're great for some people, I just think they have a very silly name.