"I know a railwayman of 40-odd years' service," says Juan Quar, "and he tells me a new gruesome yarn each time we meet. Last week's was of checking the time on the wristwatch of a severed arm he'd just collected after a track fatality."

Tell us the horrible stories you tease the new hires with, or that you've been told.
NB By definition, these are probably all made up. Roll with it

B3ta
Well, I got told off at my last job for looking at b3ta, because it comes under the “Tasteless/Offensive” category apparently.

The boss doing the telling-off said that he had visited the site and been confronted by a picture of an ejaculating penis, so that was some comfort.
(Eukanuba, Thu 5 Sep 2013, 20:50, 6 replies)

apparently*
at the BBC, before they sacked everyone and re-hired them all as freelance contractors, there were a load of grizzled old staff sound mixers, and many of them shared a common identifier - a deep scar on the pad of their thumbs.

You see, in the very old days of analogue reel-to-reel tape machines, lots of sound effects were created manually. For example 'flange' was created by running two machines simultaneously, each playing the same recording and by pressing gently with your thumb on one of the reels, you'd put them fractinally out of sync, giving a nice 'flange-y' sound.

So what the old boys would do to the fresh faced sound apprentices, was give them freshly sharpened tape reels. The cunts.

Behold the cup!
I am one of those people who regularly attends the office bogs every day as I am quite happy to say I feel 10 times better after a good dump, whether it be in work in a toilet cubicle or in my own home (on a toilet, of course :p).

As I work in a large office however there are various Gents dotted around the large building. A result of this I am very picky as to what toilet I want to use. If there is a small puddle in front of it, urine smudged upon the seat or maybe something worse, I will avoid like the plague. Also if the lock on the door fails to work then neither do my bowels, amount of loo roll left etc etc. So I end up drifting about like a twitching hobo until I find a loo that fits my criteria. When I do find one, 5-10 minutes of bliss is experienced as I deposit the faecal matter into the pot of despair. All is well in the land of Jeccius once more.

However. One particular fateful day in the office and Jeccy was doing his usual "toilet surveillance", and spotted a nice tidy and more importantly dry cubicle to "pay my deposit to the porcelain bank" as it were. I sit down and lean forward, egging my way towards some brown bliss when for some reason I turn my head to my left, following a smell which was not coming from me. At eye level, just about a foot from my nose was the plastic toilet roll dispenser. And sitting upon the top of this was a plastic cup from a vending machine in the break area.

I almost puked. But I had another problem too. I'd only noticed this alien-turd-coffee after I had started releasing one myself, and for the love of God I couldn't stop mid-flow. So I sat there, hands clasped around my mouth as I struggled to evacuate both the contents of my arse and myself out of the cubicle before I'd add some chunder to the potent mix. I managed to finish up rather quickly, grab some roll rather sheepishly from under the brown cuppa-soup and wipe like my motherfucking life depended upon it. Once done, a quick flush and I was out of there.

5 minutes later I actually had to report it to our HR (which was fun), and they had to send in some poor bastard from Facilities to properly give the contents of the cup a burial at sea, but they never did determine which dirty bastard in our building laid the cup-log in the first place.

I have an enemy in this building, and he currently has no face. But he has logs and is not afraid to share them. He is my unknown toilet-nemesis, and I still live in fear of finding another Chalice of Ultimate Brown-Power.

When I started editing a magazine
Another editor in the same company asked if I could do a photoshoot - as in, they needed someone to dress up as a burglar. They had the stripy shirt, gloves, Zorro mask, bag of swag etc, but needed someone to don them. "You're Scottish," he said, "so you'll do."

I was but a few weeks into the job and hadn't yet learned to say no to their ridiculous schemes. So, foolishly, I agreed. 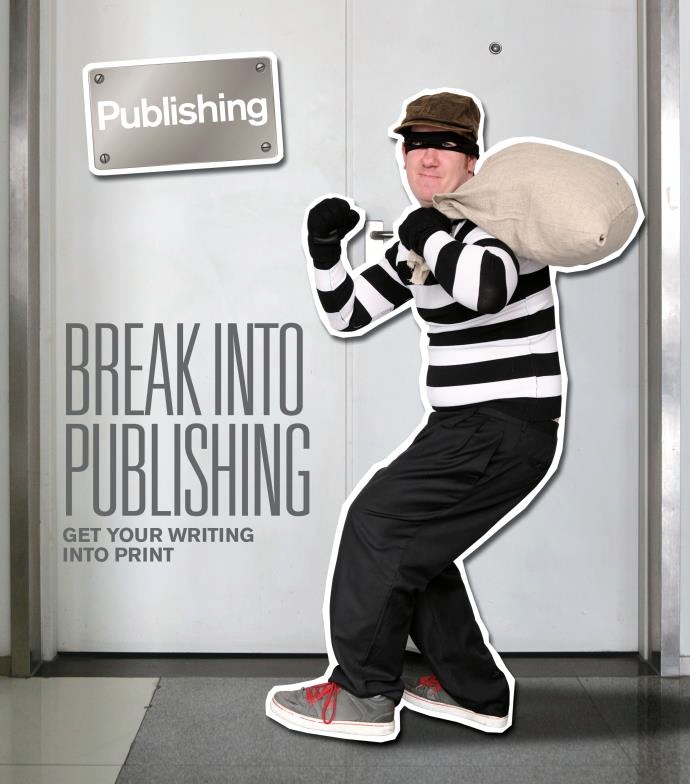 Fortunately this cover concept was not used. (The awful 'shopping doesn't help, if you can stop laughing for a moment).
(McChinaman banned, Thu 5 Sep 2013, 20:22, 3 replies)

They're true, lor' blessus.
I worked at a polymer plant about a decade ago where they blended nylon and produced pellets for injection molding, as well as making carpet fiber. Two incidents spring to mind that happened at that very plant.

I met a guy who was using a color copier to make copies of exceptionally gruesome photos showing extreme burls to a leg. The photos turned out to be of his leg. He had been filling a tanker truck with molten polymer when the hose came loose and blasted a gush over him. At 650F, this does Very Bad Things. And, of course, the first instinct is to brush it off fast with your hands, so he got molten polymer on them as well. He showed me some of the scars.

Then there was the woman who saw a tangle in a vat of yarn that was being wound onto a spool and reached in to untangle it. The yarn wrapped around her arm, pulverizing the bones to the point where it had to be amputated. This happened less than a hundred feet from my office.

And then there was the guy who put his dick in the pickle slicer...
(

Last week was better, though.

Well, this is certainly going well.

Work made us do training about the dangers of electricity
by showing a succession of slides displaying photos of the blackened finger stumps, carbonised limbs, cooked flesh and pitted eyeballs of people who had suffered electrocutions, as a warning about how dangerous electricity is- except they were talking about people working in 33,000 volt electricity substations, not our 200-300V setup.

They also did a 'how much electrical current do you think it would take to give you cardiac arrest?' quiz. Turns out is is surprisingly low but it was pretty much like a daily mail article- backed up by mathematics (Ohm's law) that had unreal figures to begin with, e.g. assuming that a human body only has an electrical resistance of 1kiloOhm between one hand and the other hand.

I know the idea is to make people think about safety and not be cavalier in their attitude to electricity but I've had plenty of shocks in my time from mains so I'm either non-conductive or they're going all-out crazy to make you think that you will explode in a hail of bloody meat shrapnel if you test a 9V battery's charge by touching the terminals to your tongue.
(

I like to tease them that you need to be 450dpi to join the union, whereas in reality it's only 300.

Apologies for length. Just over seventy metres. Before it "went off". Fnarr.
(

Is this going to be high jinks and japery
about tartan paint, spirit level bubbles and the like?
(