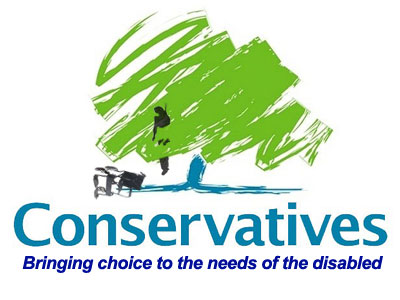 From the The Right To Parody challenge. See all 183 entries (closed)

is this the whiplash thing or seomthing else?
(

but not enough choice to allow assisted suicide

poor bugger spent ages trying to get the rope over that branch.
(

had a permit for dumping that chair there
(

although it has to be said

with 1.7 million people claiming that they are too sick to work, it can't carry on as it is, unless of course today's students want to pay the sort of tax that is needed to keep that going for the rest of their lives, on top of the student mortgage they already will have to pay.

No right minded person would take money from the sick and disabled, but there are an awful lot of people claiming to be sick and are screwing the system.

Even the government's own research puts the number of fraudulent claims somewhere around 0.3%
A society that doesn't protect its most vulnerable because they think someone, somewhere is making a free buck frankly doesn't deserve to survive.
(

who said anything about fraud?

You claim sick benefit, therefore you claim to be sick.

...and our budget's been cut by millions, yet we have to provide exactly the same service as before, without cutting any corners, or lose the backing of local authorities.

Bit sick, considering all the money that gets spent on MPs salaries and expenses and the billions poured into nuclear weapons like Trident.

Don't fall into the tabloid trap of focussing your rage on the small handful of sick-leave scroungers and benefit cheats, while dodging the bigger issue.
(IHateSprouts is baking a huge pie shaped like an enormous pie, Fri 13 Jan 2012, 18:13, archived)

But I know several people who are on incapacity benefit, and they are perfectly capable of working. Ok, maybe they can't do physical work, but they could easily work in an office.
(

Why does everyone assume that I was tallking about fraud?

I'm not an ignorant Daily Mail reader, just simply highlighting that there are a very high number of people in this country who claim benefits on the basis they are too sick to do any work at all.

I have made no comment on the validity of those claims, just pointed out that it has to be paid for.

Neither am I in a rage about it, but it does irritate me when people (especially MPs and the House of Lords) say we have to support a huge welfare state knowing full well that someone else is footing the bill.

It is very, very easy to be generous and compassionate when someone else is paying, and let's face it all governments do is spend our money, not theirs.

And to be precise, it is 31% of all taxes collected goes on welfare. Bigger than health and education combined.

I assume that you are happy to pay the highest taxes in Europe and suffer these cuts though, because you don't seem to want to change things.

By the way, if you check you'll probably find that your cuts are a consequence of local authorities pushing funding into pensions instead of front line services because our dumb government didn't ring fence their income. Public sector organisations are often run for the benefit of those working there, not the people they are meant to serve.
(plankton, Sat 14 Jan 2012, 8:55, archived)