I once got bumped up to first class in the 90 minute leg of a 16 hour flight. Tell us about your insignificant little triumphs and minor victories. (Driving a Honda Accord doesn't count).

This particular victory was a glorious one.
I AM A FUCKING HERO.
Or I would be if this happened
IT DIDN'T HAPPEN.

A long time ago I was in the pub, meeting up with my ex-wife/supermodel's dad and new wife. God, she was such a fucking WHORE BITCH, first thing she did was undress me with her eyes, next thing was to buy me a drink. I'd already had six cans of spesh by then so I asked the FUCKING WHOREBAG to get me a triple scotch.

Fuck me, they were arseholes. They bought me more drinks and asked me back to their house, by now FUCKING WHORE BITCH was sucking me off with her eyes and it was really fucking annoying, with barely contained rage I accepted.

I'm not going to tell you what happened next but lets just say the FUCKING DICKHEAD FATHER got all shirty and that. After I'd pulled my trousers back up he asked me to "please leave."

As I stood outside on the lawn, swaying, red-faced and screaming YOUFUCKINGSHITWHORECUNT, I swore I would have my revenge.

Through many improbable and un-specified means I gained entry to their house and played a few light-hearted japes on them. JUST TO SHOW THEM WHO THE FUCK THE BOSS IS!!111!1!1!!!!

1) I bitch-punched a goat to death in their basement and hung its intestines like FUCKING BUNTING.

2) Made copies of their keys and posted them to every address in the WORLD, so any fucker could come round and do what they liked.

3) I shat in their boiler 384 times. HAVE FUN WASHING YOUR HANDS BITCHES.

4) Rigged their shower so it would spray blue dye over them. I admit, I may have watched Private Benjamin a few times. GOT A FUCKING PROBLEM WITH THAT YOU NONCE?!?!?

5) Put cobras in all the radiators, hungry cobras with FUCKINGWHORECUNT sprayed on them with cobra blood. Have fun regulating your heating now! LOLOLOLOLOLOL ROFL.

6) Repeatedly fired an Elephant gun at the mains water system, so it would leak and no-one would know why.

7) Placed paintpots filled with acid above every door in the house, leaving the doors slightly ajar. YOU KNOW WHAT HAPPENED NEXT YOU CUNTS.

8) Squashed kebabs into every light fitting in the house. Filled every wall cavity with Kebabs, fuck I even shoved kebabs up their eldest daughter while she was asleep.

9) Took all the taps out the house and replaced them with knobs I tore off children's corpses in the local morgue. SO EVERYONE IN THAT HOUSE IS A NECRO-NONCE.

and the one that clinched the deal...

as it turned out they were SO FUCKING STUPID they didn't even realise what happened. THEFUCKINGWHOREBAG cried every night, and the FUCKING DICKHEAD FATHER had a massive heart attack, brought on by cobra venom.

THAT'LL FUCKING TEACH HIM TO TELL ME TO GET OUT OF HIS HOUSE FOR TRYING TO GIVE HIS FUCKINGBITCHWHORE WIFE WHAT SHE SO CLEARLY WANTED!!111!!111!!11!!!!!

I'M NOT A CUNT THOUGH CAUSE THIS WAS A WHILE AGO AND I WENT ON A ROLLERCOASTER AT ALTON TOWERS AND HAVE GROWN 1 INCH SINCE THEN.

You should probably ban yourself for this awful trolling.

I don't know if B3ta is a barometer of society or not...
But there's really quite a marked difference between how this post was recieved originally and now.
Who could know how the common psychi would change over 4 1/2 yrs?
And the number of respondents who can't even read the OP correctly and have made such cocks of themselves with claims like I damaged Carol's house or whatever.
And how many high-horses this week? More than I can count.
(

I found two previous ver.
One by someone called markmorrisonsprisonshoes(?) which had a lot of "CUNT" in it and what seems to be the OP - www.b3ta.com/questions/notme/post1355700
(shitposter from the anals of posteriority on, Mon 30 Mar 2015, 22:53, closed)

I liked this better the first time around.
Stop trying to steal AB's schtick.
(

I still really like the cobras in radiators bit though.

I think M C chinaman does it better. 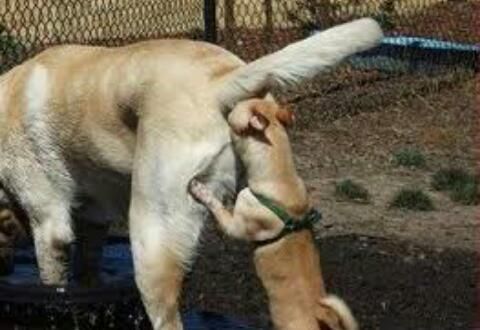 This has the whiff of an erection about it

And still you backed down at potentially fatal arson by messing with the electrical wiring in the shower.

I used to think I had deja vu
but now I realise it's post-semiotic deconstruction.
(