Freddie Woo says: "A bloke who lived next door to my mum told me on the day Diana died that it was 'God's punishment for sleeping with an Arab'". Tell us stories of bigots, racists, sexists, homophobes and loud-mouths so that we may point and laugh

I was talking to a Scottish Nationalist on a messageboard.
She hates the English, because of what happened several hundred years before anyone alive today was born.
(

Don't forget the bears!
They have grudges to bare too!
( 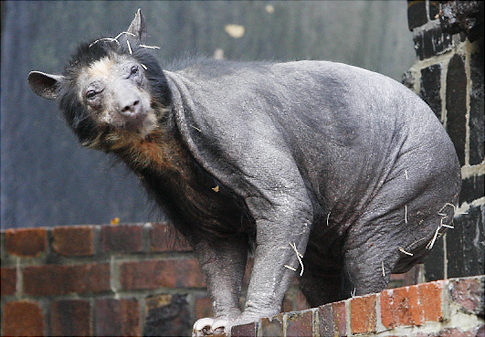 I spoke to some people once

Dunno about you
but I've got some pretty deep and confusing feelings for glued eel. He makes me feel all funny in my tummy.
(woocfot friends with Sacha Distel, Mon 25 Feb 2013, 0:07, closed)

Take that shit to qotw

The English are cunts.

You can't get enough of them?

mind you
It's not like England didn't fuck Scotland: if your grandparents lost WW2 to the Nazi's, and the fruits of the whole exercize were that some (perfectly nice and reasonable- and born after 'all this stuff happened') chap called Gunther Schmidt charged you rent as a result of that bit of history - wouldn't it rankle somewhat?
(pikey, Mon 25 Feb 2013, 1:50, closed)

I'm an Englishman
Does that mean the Scots owe me money?
(

No, it wouldn't.
I tend to get pissed off with people who fuck me over, now. Thus I hold nothing against the Germans today for WWII, as that would be ridiculous. It's also incredibly stupid to hate someone for their nationality - because the individual is a cunt, sure, but xenophobia is right up there with racism in the not-being-able-to-think-very-well stakes.
(

They come over here, hugging our faces.
Bursting out of our chests.
(

Scotland fucked itself...
Being fooled into investing half of the money in the country in a crazy scheme and then coming back cap in hand.

They should blame themselves or possibly the Spanish for joining the Union
(Bonzodog29 is an unemployed sponge of the worst kind, Mon 25 Feb 2013, 11:09, closed)

It's true. I am incredibly bitter about the Roman occupation of britain.
If it weren't for them and their stupid middle eastern fairy tale religions I could be full of mead and up to my clangers in lady druid right now.
(