It's nearly ten YEARS since we last asked a question about fires.

Channel your inner neanderthal and tell us about fires, mostly to shut up that smug fucker that's made an oh-so-clever "wheel".

I set fire to my face with a dodgy Clipper lighter.
My nickname became 'Lampshade'.
(

Electrical fault
When I was just a wee young lad an unfortunate electrical fault on an electric blanket caused my bed to combust with me in it. Naturally I did what any sensible person would do and got out of the slowly burning slumber pit, went for a wee and then got back in.

I got burnt toes, mother got a bit annoyed, my dad doused the flames with water (clever!), and we all lived happily ever after.
(

Ya Kid K (born Manuela Barbara Kamosi Moaso Djogi, 26 January 1973, Kinshasa, Zaïre) is a Congolese-Belgian hip hop artist.
Ya Kid K, besides being a solo artist, is also known for her works for the dance/house act Technotronic. Her sister is Karoline 'Leki' Kamosi.
(

The b3ta mod done for this should be set on fire.
www.liverpoolecho.co.uk/news/liverpool-news/extreme-porn-pervert-husband-jailed-8448364
(

"Thank you"
"Be careful, it's pretty strong"

I've been fired from four jobs, and deserved it every time.

Pearoast.
I was helping a friend of mine clear some brush from his land, including a stand of bamboo. We had piled a load of brush in a clear area and had a merry little fire going onto which we threw the shrubs and branches and whatnot that we had cut down. Then we threw on a load of green bamboo with the rest of the branches.

Did someone say arsonist?
Here's a clip of my favourite mad arsonist.

My Mum saved the life of an arsonist.
Not much of story, but this QOTW made me think of it.

My Dad was terrified of fire. He would take ages to leave the house, as he would go back in multiple times to check that everything was turned off and there were no cigarettes smouldering in the ash trays. It used to get on my nerves, until my Mum told me the reason.

As a newly married couple, they lived in the nurses housing at Coldharbour hospital in Sherbourne. One night in 1972, the fire alarms went off, but they thought nothing of it, as that was a regular occurrence. Unfortunately, their slow response was mirrored across the hospital staff, and 30 patients were burned to death in the fire that was raging in the psychiatric ward. my Dad was a gentle and deeply empathic sort, and I don't think the events of that night, and the feeling he had let down his patients ever really left him.

The post script is that my Mum told me the man she pulled out of the burning building and revived turned out to be the arsonist who had set the fire.I questioned her on her feelings about that, and she shrugged and said she was a medical professional, and her job was help people regardless of who they were. Put in the same position, she would still grab the first person she could, even if she knew the fire was his fault.
(

This one's for Dozer.
The Volcano God was bemused. The mortal stood before him was clearly a man, yet expected him to believe it was female. And it wanted him to fuck it.
"Oh come ON sweetie" pouted Skagra "I'm ready for this, you CAN'T kill me, I'm immortal".
The Volcano God shrugged and started massaging his firey prick. His napalm filled balls roiled sluggishly.
"You do realise that human flesh simply can't take this temperature? That you'll be roasted from the inside out?" He questioned.
"Boring sweetie, I'm a Time Lord silly" Giggled Skagra as he presented his saggy hairy arse to the Volcano God.
"Hold on" The Volcano God said "Is, is that Vaseline you've used as a lube? Are you completely fucking insane? Not content with the fact that this WILL kill you, you've made what is about to happen worse by smearing yourself with petroleum?"
Skagra simpered "Just get on with it sweetie, I don't have all day you know. Well, actually, I do. What with being a Time Lord and all."
As the Volcano God's burning prick neared Skagra's hole his arse hairs crisped away to cinders. The Volcano God grabbed Skagra's haunches, instantly roasting his handprints into Skagra's flesh. Skagra was too shocked to even scream, and worse was to come.
The flaming head of the Volcano God's cock charred Skagra's sphincter as it entered, destroying it utterly in the process.
Skagra's rectum was flash-fried, the agony intense.
Skagra was already half dead as the Volcano God withdrew and thrust again. His flesh burned so badly that between his waist and his thighs what wasn't ashes was like overdone steak.
The Volcano God shuddered as he climaxed. His burning seed forcing it's way through Skagra's ruined colon into what was left of his intestines. The whole of Skagra's body was aflame now, his eyes boiled away in their sockets, his brain starting to crisp in his skull.
Skagra's mouth fell open to scream, but as it did his throat burned away as he finally died, and all that came out was a smoke ring.
The Volcano God looked down at the burnt corpse with little regret. He HAD warned Skagra what would happen, after all.
Here is some honey
THE END.
(

Not very funny
but i was once suspended from school for setting fire to a girls hair. she picked me out of the class i was in and everything, I was suspended despite my numerous attempts to plead my case for innocence.

I was re instated the next day when she had thought about it and realised that it was a mistake and someone else was to blame. Bitch.
(

Yeah, I did one on here 5 years ago about when I tried to burn some wasps with some petrol.
Needless to say, the wasps had the last laugh.
( 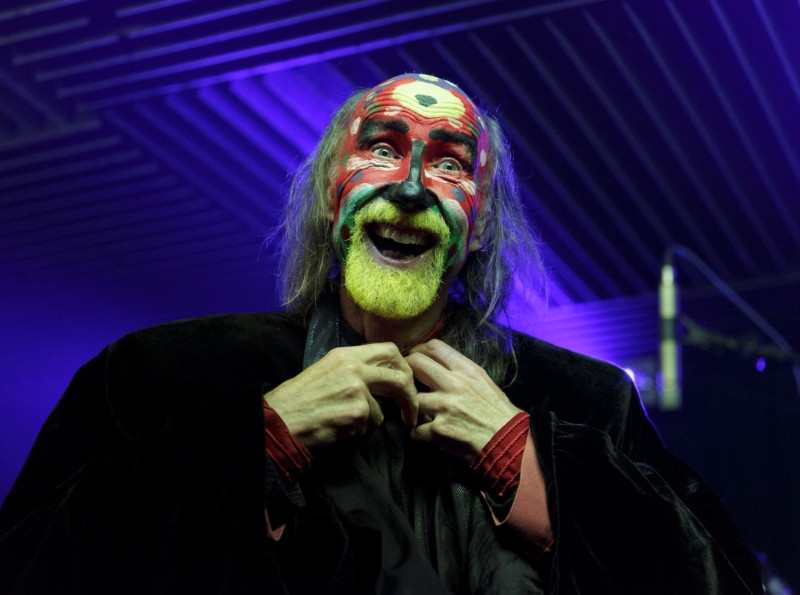 Oh wait no I misheard

Remember the fire in '91 that razed the Bella Vista slum? 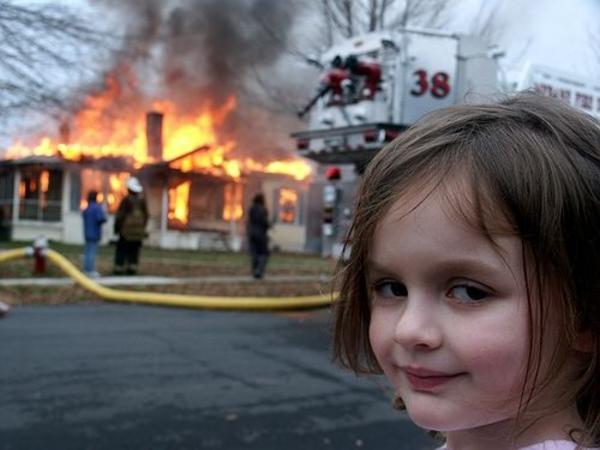 Science Lab gas taps...
Story below reminds me of a bunch of friends who used to do that flame blowing trick. They had lighters and did this during lessons when the Teacher was there, but... they did it secretly. Yes, they would blow little flames at each other. Hilarious I know and a few of the girls did this too. One day they were at it again when there's this 'Woooosh' sound and this girl Emma runs straight to the front of the class, brushes her hair a few times and then runs out of the room. In between the madness we couldn't help but notice how her long hair had sort of crinkled, like what hair does when it burns - but nearly all of it.
(luckylife , 0 guests and 3 bots are online, Fri 23 Jan 2015, 22:28, Reply)

Science Lab gas taps...
Story below reminds me of one of our favourite lab tricks. Put mouth over the gas tap. Turn on\off for a second to get a mouthful of gas. Now blow out a match. Great fun blowing flames around. (Just don't breathe in)

Now, this trick worked well. And obviously done when teacher was not in the room, or looking the other way.

Then one day Lumpy (for that was his name) went to do this trick. But just after he took the mouthful of gas, the teacher walked back in. If he had not have panicked, he would have put the match out first and just blow the gas into the air after the match was out.

But he didn't. He tried to hide the match under the table. And then he blew downwards onto that match to blow it out. Yes... down... which obviously meant the gas hit the match... and the flames then came back upwards towards him.

He turned a little white for some reason. This was a big tough rugby player... but he went rather pale. Also was missing his eyebrows and this smell of burning hair in the air for some reason.
(

Sitting around the campfire at Glastonbury
I was regaling everyone with the story of how, the previous year, one of our friends had got so wasted that after sitting around with us she'd got up and pitched face-down into the fire. If I hadn't jumped up and pulled her out she would have been very badly burnt. Anyway, as I finished talking and took a drag on some massive drugs my friend got to his feet, bottle of Jack Daniels in hand, and pitched face-down into the fire.

I would have pulled him out of the fire as well, but I was laughing too hard to get up.
(

Grandad
My grandad was a real character - a farmer all his life, from a family that had been farming for generations, he had little time for anything other than his farm and kept working almost until the day he died, 80 years old.

He liked to smoke a pipe and always had it clamped between his teeth, no matter what he was doing, unless it was something serious like helping a cow to calve or going to church. On one famous Sunday morning we'd all gone to church. Part way through the service we started to smell smoke. Everyone looked around, but couldn't see anything obvious, until Grandad's jacket started to smoke. He'd put his pipe in his pocket as he entered the church, without realising it was still smouldering. I'd like to say that he ran screaming up and down the aisle, the flames growing larger and larger until the vicar threw water from the font over him to put it out, but in fact he just calmly removed the pipe, took his jacket off, put it on the floor and stamped out the flames and went outside to knock the pipe out properly.
(Smale is stuffed, Fri 23 Jan 2015, 16:13, 1 reply)

I further expressed my disapproval of the woman.

I once pinned a lighter

One time I was stewarding at a local bonfire, making sure no-one got too near the fire etc.
I was a Scout and we'd been asked to help out by the local community group. At the end of the night, when the bonfire was a big fuck off pile of embers, some drunken idiot tried to run through it. The embers were still about a foot deep and he sank down into them, which made him fall forwards, hands first. An ambulance took the silly bastard to hospital. 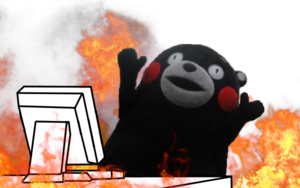 Rosenbergs, H-Bomb, Sugar Ray, Panmunjom
Brando, The King And I, and The Catcher In The Rye
Eisenhower, Vaccine, England's got a new queen
Marciano, Liberace, Santayana goodbye

Pope Paul, Malcolm X, British Politician Sex
J.F.K. blown away, what else do I have to say