Some mugs still think the MMR injection gives children autism (it doesn't), while others are of the belief that we're ruled by billionaire lizard people. Tell us about views outside the mainstream which people go glassy eyed if you bang on about them (Your grandad's a racist - no need to tell us, thanks)

Cyclists should be assumed to be in the right in any car/bike accident...
... but if they cycle on the pavement or through a pedestrian crossing or red light, they should be banned from using any sort of wheeled transport - even as a passenger - for a year.
(gordonjcp, Wed 1 May 2013, 13:08, 7 replies)

Justin Bieber....
I doubt that it's just a coincidence that "Belieber" is how some people with Downs syndrome would pronounce believer.
(

Women are reasonable, rational and in no way determined to read too much into absolutely everything you say and do.

Your toilet paper!
It should be the other way round. Only nonces put it onto the holder facing the way you've done it!
(

I believe overdoing a joke
is a waste of time.

When you've established your hilarious theory, which is normally the first line, it's completely pointless tying another 5 lines, as nobody will read it.

Similarly, controversial opinions. Few people are reading this line now. They got the idea, now they've moved on.

I could write something about goats here.

I believe...
that all human children be given the right to parent 3/4 of a child.

This is the only way to get the World population under control. If each person is given the right to parent 3/4 of a child, it means that when 2 people tango, they are left with a surplus of 1 half of a child.

This can be traded/sold with all proceeds going into a trust fund for said child once they turn 18, for uni education etc.

If you are wealthy enough to want to have a 2nd child, you can buy this right to half a child, will will enable you to have a second child.

This doesn't need to be permanent, it just needs to be done for 3 generations to reduce the overall population of earth to more manageable levels.

I believe that our rail companies are doing a stand up job and that they have been badly maligned. 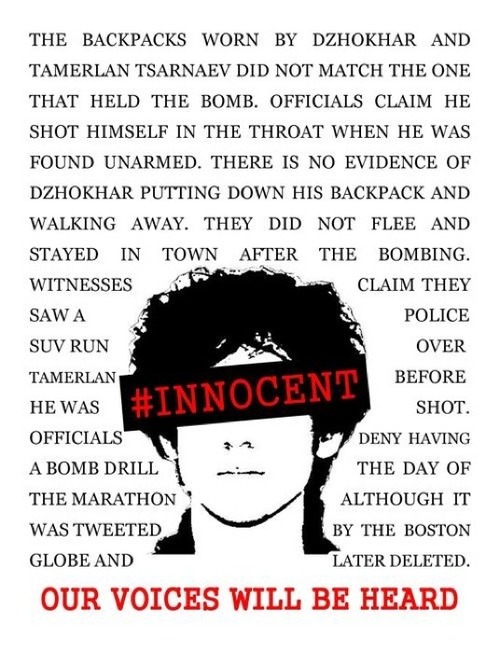 Religions.
It's a sliding scale I guess.
I've known quite a few Christians, Muslims, Hindus, Bahains, Buddhists, Zoroastrians and Atheists.
EDIT: I've also lived with some Sikhs and Agnostics. The only group I really didn't like was the Taliban - you know that day (maybe a week to 10 days) when you haven't shaved? Yeah, cunts wouldn't let me scrape ma face - fucking itched like a bastard.

To a person they've either been good, honest, reliable people or absolute cunts regardless of what they believe in.

But then you have mobs like WBC and Islamic suicide bombers - those who have beliefs that are so strongly diametrically opposite to the precepts of the religions they claim to represent that it just isn't funny. Yet they claim that everything they do is not only sanctioned but even smiled upon by the sky-fairies they claim to believe in.
Yet these guys are the ones that the mainstream media focuses on.
Not the hundreds of thousands people who go about seeking their eternal salivations every day. Without preaching any hate, raising any ire or blowing any shit up.

They should rename /talk to /offtopic

May as well make this into a proper answer
I believe in time travel:
b3ta.com/questions/controversialbeliefs/post1949099
(

Farts
are the ghosts of things we eat.
(

The act of urination is the original gender divide
Women let it go, (mysterious, sensual, submissive)

This is the way it's been since the dawn of civilization, or at least the dawn of toilet training - which must have followed on soon after.
(CADmonkey rollllllllled another one, just like the other one, Tue 30 Apr 2013, 13:17, 5 replies)

Artificial Intelligence is a lie.
"Oh, but all we need to do is graft some organic material to a quantum computer and spray it in Graphene nanotubes. Look at that advances we have made in the last 25 years!"

The idea that human-like AI is science fiction genuinely annoys people. Mugs fantasise about having a sexy robot slave alternating between cleaning their house and sucking their dick all day (no? just me?). A lot of people (mugs) think CP3O is just around the corner, but they are sadly deluded. Fuzzy logic - sure, nice fake chatbots - we got those, but human-like thought... it's never going to happen. Sure, AI researchers will grab a headlines every once in a while with their dog and pony show. Generally it coincides with needing a funding grant. AI is about as real as time travel.
(Megazoid, Tue 30 Apr 2013, 12:54, 34 replies)

Dutch isn't a real language.
The inhabitants of The Netherlands actually speak English most of the time, only switching to making nonsense sounds when a foreigner is nearby.
(Me, I'm not... in any way intoxicated, Tue 30 Apr 2013, 12:46, 8 replies)

New Model Army are everything The Clash wanted to be.

Stop worrying about the New World Order
It’s hamsters you need to be careful of because of their conspiracy for world domination.

Not many people know this, and government is trying to keep it secret, but military research in the 1950s attempted to train hamsters to attack enemy electronics by chewing through insulation.

One of the few people surviving this research, Barry Buzacott (not his real name) now has revealed that electronic equipment brought close to hamsters detected communications between the rodents on a very high level. All hamsters are born with an intrinsic knowledge of physics and chemistry superior to anything known to modern science.

After years of work scientists managed to translate the emissions and found that the rodents were planning to use their cute and innocent appearance to spread around as many backyards as possible.

At a certain signal. thought to be generated by a secret community of “wild” hamsters located in central Asia, all hamsters were to attack all human communications and from there move on to food stores. This plan was stimulated by the military experiments themselves, which is where the hamsters got the idea, it supplanted an older plan merely involving food stores.

Mr. “Buzacott” now lives in considerable fear in a trailer in a southern US state, where he uses an old duplicating machine to reproduce stencilled warnings. These can sometimes be found tacked to trees, but never near his home.

It isn’t well known but some governments, including that of Australia, have banned the import of hamsters in an attempt to prevent this catastrophe.
(Redemption blamed it on the Bossa Nova since, Tue 30 Apr 2013, 12:35, 1 reply)

All Farmers are C**Ts
aFaC

Having just got back from a walking holiday where we had to contend with footpaths that were blocked/closed/hidden/destroyed.

Tourism brings more cash to these areas than agriculture so they should jolly well stand round with a straw in their mouths and offer sage advice while our dogs chase the funny white wooly animals.
(LetsGetDownToIt, Tue 30 Apr 2013, 11:42, 23 replies)

... anyone in charge of repairing road surfaces should be forced to ride a motorcycle over their repair twice a day for at least 3 months after supposedly "finishing" it.

When their last filling drops out and their second retina detaches from the sickening, bone-crunching, suspension-wrecking jolt caused by the allegedly flat surface they left behind, maybe they'd do a better job next time.
(moon monkey is busy making memories worth repressing, Tue 30 Apr 2013, 11:21, 7 replies)

The concept of god and existence beyond our consciousness and comprehension are useful lenses with which we can examine our psychology and behaviour.

Oversized Cadbury's Creme Eggs for Easter
Where the egg is ACTUALLY a massive creme egg isn't a good idea, as it will just make you even more of a fat greedy mess, you fat greedy mess.
(

I'm definitely voting for this shower. You just don't find knife-fetish Hitler-lickers in the main three parties any more.

Old people like to be left in an armchair with a bag of mints and Countdown.
Or do they? I've just dragged my old dear round Alton Towers again.

Starting last year with a gentle stroll in the gardens, a spell of watching screaming teenagers on the Rapids and then Hex, I began gradually introducing her to the proper rides.

I persuaded her onto Duel and we sprayed fellow pirates on the Battle Galleons. Today I primed her with a Subway Footlong breakfast and then we we moved on to Nemesis Sub-Terra and Air. We did Air twice!

DOT DOT DOT DOT DOT
www.youtube.com/watch?v=ONrNetxS1Fs
(CADmonkey rollllllllled another one, just like the other one, Mon 29 Apr 2013, 18:52, 4 replies)