Quick TC story; I worked with a bloke who was a very, very junior assistant on TC's autopsy. He had kept a lock of hair as a 'memento'. To say he was a bit weird would be the understatement of the century.
(

And the even shoddier first draft...

"Nothing up the sleeves"

Put your name on it, quick. It will probably all over the internets and emails tomorrow.
(

quick before NUTS/ZOO see it
(

thats it! thats who it reminds me off

tag it, this will be in Nuts tomorrow
(

Workin' on it now

Having to log back onto the machine with p'shop...
(

And Digimarc it too.
(

So that when the fuckers say they don't know who made it, you can show them the digital watermark.
( 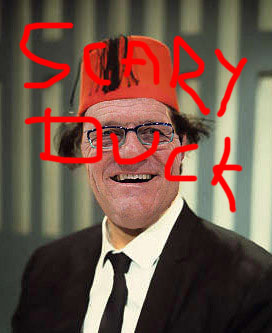 With scary corporate copyright notice in the Digimark, too.
( 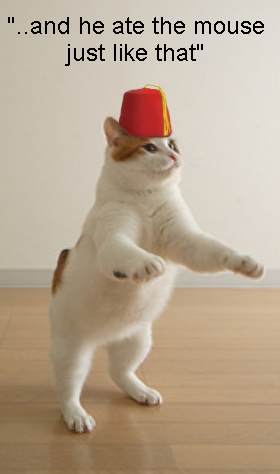 IHaveABadFeelingAboutThis most likely working from home on, Thu 7 Feb 2008, 18:08, archived)

My favourite of the day..
(

Tommy's on stage doing some magic. He produces a stick of rock and informs the audience "I will now turn this stick of rock into some furniture". He then snaps the stick of rock twice, and announces...