I like modern life
We survive illnesses that used to be fatal, eg. babies with heart problems etc can be operated on at birth or even before.
Technology means disabled people can read, use computers, travel around and generally be independent.
We all have electricity, hot running water and all kinds of other time-saving stuff - we don't have to boil buckets of water just to have a bath, or use outdoor toilets.
Accessing healthcare and traveling abroad doesn't require a year's wages.
Gay people and those with learning difficulties aren't locked up in asylums.
We can look up information easily, plus get films and music without having to search for ages in shops and libraries.

Have we done white dogshit?

Modern TV is so scared of scaring us.
As a kid I was traumatised on a regular basis by public information films like "Protect and Survive" (You wouldn't) or Dark and Lonely Water (you will drown in the canal) or Apaches (you will drown in a slurry pit on a farm).

For fun you could watch the creepiest kids TV show ever; "The children of the stones" or in the evening Hammer House of Horror - where you might catch a supernatural murder and some ladies bosoms.

As a snack you could eat Smiths Crisps Horror Bags and tuck yourself in with a Pan book of horror.

Kids today would be ringing the ambulance chasers suing for "emotional distress", from their own iPhones, no doubt.
(The Eightball Says Yes, Thu 23 Jul 2015, 12:04, 9 replies)

Americanisation of the English language - and the selfie generation
.
.
I was told yesterday that a colleague was on "Vacation".
Since when did anybody go on a "vacation" and when did my coffee become "Regular"?
Why can't the coffee ponce admit it's a small cup?
Don't get me started on "like". "It was, like amazing." Well was it amazing? Or did it just have a semblance of amazing?
.
.
I grew up when people demonstrated against the government, boycotted foodstuffs and wanted to engage with life politically and socially. Modern youth blindly accept everything - the only way to get them irate would be to turn off their wifi so they can't post a picture of their own faces to their friends every five minutes.
(The Eightball Says Yes, Thu 23 Jul 2015, 11:40, 4 replies)

Sites like collarspace have completely removed the difficulty of finding a consenting partner to chain you to a radiator and whip you, while your screams of pain are muffled by a ball gag.
It saves you from bringing up the subject with regular partners, or hoping that the appropriate set-up exists within the spare bedroom, which just so happens to be locked.
(

My favourite thing about modern life is guyrim

When I was a lass growing up in a small town..
It was perfectly acceptable to talk to the single middle aged man who didn't have kids but always had sweets, he wasn't "creepy" he was "excentric".
It was the 90's and I was a young teen, I grew up on the streets, hanging out in the woods behind my house until at least 9.30pm. We had the obligatory stash of dirty mags in our hideout, that one friends older brother who would buy us Mad Dog 20/20 which we drank until we were sick.
When I was 17 a friend and I used to work in the town and go to the only pub that would let us in after work because we sat at the back lamenting on how shit our lives were then going home steaming to dodge the parental and get to bed.
Now I'm in my 30's and I don't go out to the pub anymore. I sit at home with my husband and we pick a film to listen to whilst we use our phones.
So I miss the times when we didn't have phones, it deffo made me more socialable.
tl:dr underage drinking, lack of stranger danger and small town psychosis
(SgtSoaps roller skating your way, Wed 22 Jul 2015, 12:07, 11 replies)

Smartphones! Everybody has them!
I remember when I could go to the pub after work, have a few pints, and use the internet on my phone without seeing anybody else doing it. Nowadays every twat and his dog has a smart phone and, as a result, not only am I not noticed by women (I was chatted to a few times while using my "Pocket PC", with it being an icebreaker) but, also, I can't get a decent data rate because every sodding other person in the pub is using their smart phone too!
(Me, I'm not... in any way intoxicated, Tue 21 Jul 2015, 21:36, 3 replies)

"Someone in my family was very ill and died while you were trying to save his life,
so I want a million pounds." Or, "Someone made a mistake so I'm going to sue the arse off of them."
The NHS, the Government department, the local authority and co. are US, not THEM.
You're suing your own arses off and we're all paying your stupid compensation.
cunts.
(

bunch of cocks
A murder of crows, a gaggle of geese, a herd of fucking cows amongst the many collective nouns available in the English language.

What are we moving towards? Everything is slowly now becoming 'a bunch'.

"Yeah, there's a bunch of us coming". A bunch? A fucking bunch?

Reality TV
*unlurks*
Yesterday I heard the theme from the TV show Fame (it was big in the 80s, kids). I remembered the bit at the start where the teacher said, "You want fame? Well fame costs, and right here is where you start paying". Sadly, it's not like that any more. People used to need talent to get on TV. Now any dickhead can get on Big Brother (I'm sure other reality shows are available, but I don't care).
Moan over.
*relurks*
(Tont, Tue 21 Jul 2015, 12:49, 5 replies)

TV license refuseniks
A few years ago the worst you would hear about the tv license is the usual moan about endless repeats and you would chuckle about Dave's tinfoil hat-wearing uncle who was making a stand, claiming he had the right to a telly and not have to be charged for channels he didn't watch.

Now it seems every day you hear about another upstart prick not paying his license who then, by dint of the most ridiculous loophole, watches the same programs but on catch-up or online.

Have I gone off on a tangent? Prolly, but less money going to the BBC from these twats means it will become more like ITV - there modern life is going to kill british telly. I got there in the end.
(mersault, Tue 21 Jul 2015, 12:36, 3 replies)

My mate's dad punched a swan once

Sky/Cable
Years ago - if you watched the Discovery Channel - you discovered something. Whereas now its people buying storage containers and getting angry with each other.... or looking for gold. The Editing of which is a series of reviews: Start the show, a review of whats coming up, followed by 2 mins of content, then an add break, reviewing what we've just seen, and whats coming up next. when the ad's are over a review of what part 1 contained, and why Part 2 will be tense... and so on.
(Dan dan dan They tik urh jerbs!!!, Mon 20 Jul 2015, 13:40, 10 replies)

Lots of my workmates know me as a car bloke who can fix motors
which is how, one cold and wet evening, I got a stressed-out phone call from a colleague. His BMW had broken down on a busy city street, causing serious traffic issues for the other commuters and a headache-inducing phone call from his wife, who wanted to be picked up from work.

I whipped over in my own car to take a look. He popped the bonnet, and presented me with the eyesore that is the modern engine:
* A plastic cover blocking access to anything in the engine bay
* A battery with NO JUMP START warnings, in case it fried the ECU
* No oil dipstick, because there's a sensor for that now
* A great big diagnostics port instead of direct access to the components

So all my spanners and multimeters and years of experience were pretty much useless, and all he could do was call a towtruck before we went to pick his wife up.

The final outcome? A dead sensor had crippled the engine. Exactly the sort of modern technology that is supposed to improve a 100-year-old design had stopped the whole bloody thing working, and left the owner stranded. It took an exorbitant repair bill and some BMW-specific tooling to get the thing fixed, plus some Nurofen to fix the earache his wife gave him over buying a 3-year-old "prestige" motor.

I know driving a 20+ year old car isn't for everyone, but my rattly old 80s BMW has proved more sturdy, more reliable and cheaper to run than any of our company's fleet vehicles. It's got leather seats and aircon, keeps up with modern traffic and does 30mpg. And you don't need a laptop and thousands of pounds of software to fix it when it does go wrong.
(

Getting around was more fun before everyone had cars.
When I were a lass, young men would have a moped for a while, then get a 125 Suzuki, pass their motorbike test and buy an old Triumph to take apart in a resigned but manly fashion every weekend.
Or they could unsportingly take out a crippling finance plan for a Japanese bike that actually started every day and got them to work.

These days everyone seems to have a car. I didn't learn to drive until I was 30 and had several kids. Before then I'd walk or cycle everywhere and was as fit as a flea. I suspect this applies to a lot of people.
(Juan Quar is clinging to her front teeth on, Mon 20 Jul 2015, 8:08, 1 reply) 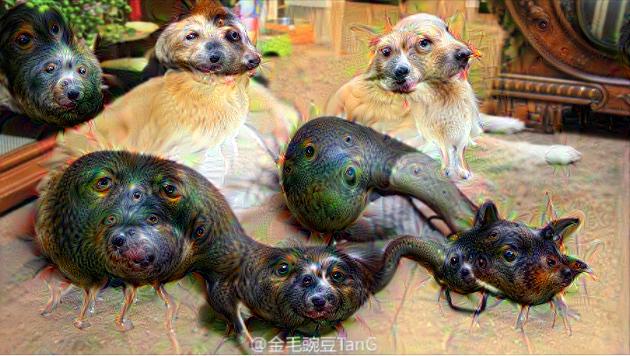 Dinner pre mobile phones
When folks sat round the table and talked to each other, there were no mobile phones next to their plates to be twiddled with between mouthfuls.
No text message beeps that had to looked at or answered.
I have to say it really annoys me when I'm out with friends for a meal or just for drinks and the flipping phones take precedence
(insomniac-surfer oh go on then, just this once, Sun 19 Jul 2015, 0:18, 14 replies)

sherbet fountains
what the fuck happened to them? bought one a few month ago, there was about half an inch of sherbet in it. i used to love those things, but that disappointed me. i'm not even going to try buying a dipdab.
(